What is wrong with this picture? Inventor of the Rubik's Cube

What is wrong with this picture?

Did you ever wonder where the Rubik’s cube came from? I bet you thought it was invented in the USA by Mattel, admit it. Well, a man by the name of Ernő Rubik invented the puzzling cube back in 1974. Bet most of you did not know it was from “the day” either. Rubik, who has lived his whole life in Hungary, is also a sculptor and professor of architecture too.

Don’t feel bad if you failed to know Rubik and his cube came from beautiful Hungary. It may surprise you even more that those carburetors that went on the muscle cars of the 60’s – even the original ones when cars took to the roads the first time – yep, they were invented by one János Csonka, the Hungarian who had to invent it to go with the first Hungarian gasoline engine.  But back to Rubik for now. 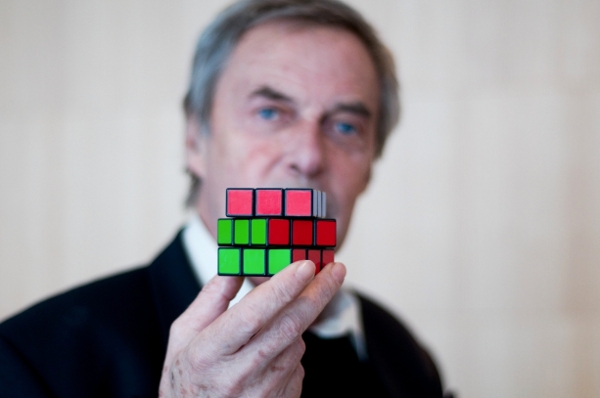 What is wrong with this picture?

Born in 1944 in Budapest, Ernő Rubik is the son of Ernő Rubik, who was a flight engineer at the Esztergom airplane factory, and Magdolna Szanto, who was a noted poet in Hungary at the time. Rubik obviously came by his talent naturally, he has been creating and educating since before he graduated from the Technical University of Budapest in 67. He has designed everything from furniture to video games (which he is currently enthralled in). Among his many other accolades and positions, Rubik was named the president of the Hungarian Engineering Academy in 1990.

According to his Wikipedia entries, Rubik is something of a recluse, and we can believe it. We looked for several hours to find a contact number or connection online – to little avail. He does have an official site, in case you want to check out cool Rubik’s inventions and info. A bit of trivia about Rubik’s famous cube, the inventor was really looking for an easy way to explain three dimensional geometry to his students when he came up with the world’s most popular toy ever. 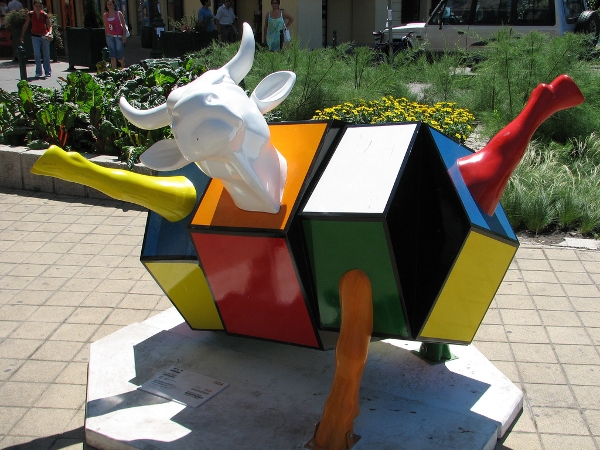 If you never saw a Rubik's Cow

Well, one of Hungary’s unsung inventing heroes sure knew how to enthrall people, that’s all we can say. The little cube intended to teach with has sold over 350 million units to date. How much do those things cost? And, why is it so difficult to solve the puzzle if you don’t get the system? Because there are more than 43 quintillion possible solutions. We cannot even write that number here. It is 43 thousand trillion if that helps.

We will bring your more surprises as time goes by, but for now a big hand for the brilliant Ernő Rubik seems in order. 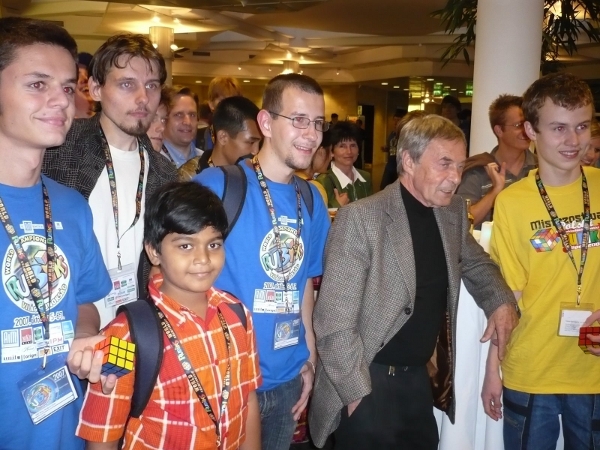 A rare picture of Rubik at a convention - courtesy John @ Picasa

A Farewell To Another of the Small Gods of Crete, Nikos Zacharioudakis
A Word or Two About Ryanair CEO Michael O’Leary and Other Bean Counters
Expert Viewpoints: Hospitality 2021 and Beyond
Actress, Singer, Songwriter Rita Ora Vacations On Corfu
Previous: Nicolas Cage to Visit Romania, for the Sequel to Ghost Rider
Next: To Russia With Love