This week the Bachelor’s Kitchen welcomes Guzel Kamaeva, one of Moscow’s most watched news presenters on the Federal TV Channel “360° Moscow suburbs”. Guzel tells everyone “Television is more than a job for me, it’s my way of life.”

We set out to cook a Tatar National dish called Peremechi (Перемячи). As you’ll see in this show segment, Guzel’s meticulous nature shines through in cooking too. 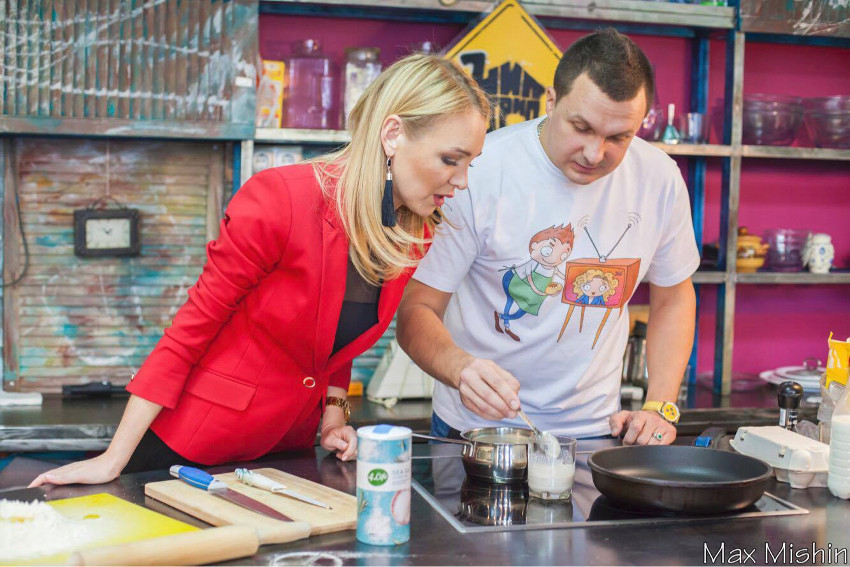 Guzel and I get starting preparing one of my favorites

Tatar cuisine is of ancient origin, born of historical and spiritual values, religion and the unique culture, which formed this culinary tradition. The basis of the cuisine is still meat dishes, pastries, and soups based largely on strong meat broth.

The culinary art of the Tatar people is rich, steeped in their national traditions, extending back many centuries. There is an original national cuisine, preserving its original features to the present day, and it is from here Guzel and I prepare this dish. 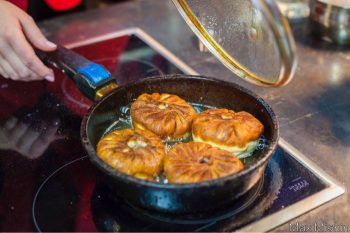 Prepare the yeast dough. Pour the warm milk into a bowl, add yeast and sugar, stir and wait for yeast to rise.
Sift the flour, add egg, salt, and yeast, then knead the dough.
Cover it with a towel and leave to rise for 30-40 minutes.

In the meanwhile, prepare the filling for Peremechi. Pass the meat through a meat grinder, add finely chopped onion, salt, and pepper to taste and mix with your hands until smooth.

Roll the dough to form a sausage, cut into equal pieces and flatten with a rolling pin into circles. In the center of the circle put the meat stuffing. Lift the edges of the dough and fold together, leaving the middle with the meat open..

Preheat oil in a frying pan. Place the finished peremechi with the open side down. Fry 2-3 minutes on one side. Cook until golden brown, then flip them with a spatula and fry the other side. Put on a plate open side up. Tatar peremechi are servedd with sour cream.

Tatar cuisine is of the Volga Tatars, who live in Tatarstan, Russia, and surrounding areas. The cuisine of the Volga Tatars that takes its inspiration from the cuisine of the nomadic Volga Bulgars, turned to agriculture inspirations as these people assimilated into local agricultural societies. Delicious and attractive Tatar dishes are always appropriate for family home and any elegant festive Banquet table in first-rate restaurant. 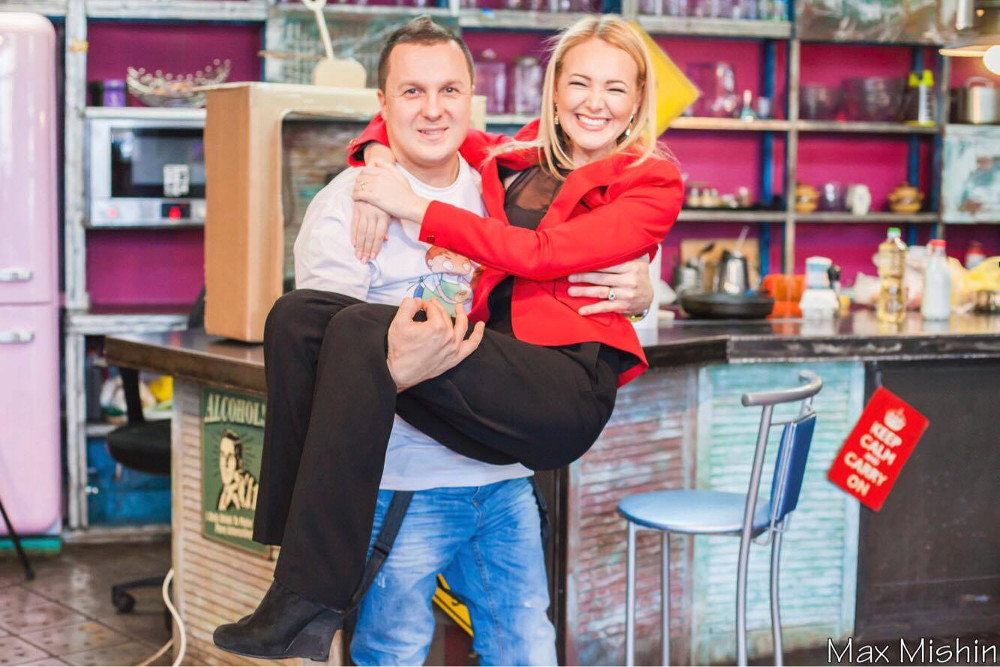 Until next time, remember the motto of the Bachelor Kitchen: Cook with the soul, from the soul, and for the soul!

Special note: The show was translated and undertitled by Vladimir Vladimirovich Samarin

Evgeny is the producer of Russia One’s Sunday edition of the program "Time," the most watched evening news program in the country. He is also an avid outdoorsman and collector and his show Bachelor Kitchen is a popular hangout for celebrities. The show features some of the most useful and creative recipes and ideas for easy meals.