Four Leonardo class ships are on order for delivery in 2022, 2023, 2024 and 2025 according to news from the cruise line. The massive 140,000 gross ton mega-cruisers will carry as many as 3,300 passengers in amazing style and luxury akin to that of the brand’s most recent Breakaway-Plus Class ships. In addition, the cruise line holds the option of two further ships to be delivered in 2026 and 2027. Christian Böll, managing director Europe, Middle East & Africa Norwegian Cruise Line offered this with the announcement:

“We are looking forward to this exciting new generation of ships. The new, breathtaking design will offer our guests a flexible on-board experience with an incredible array of offerings and further integrates inside and outside spaces, so they feel more connected with the sea.” 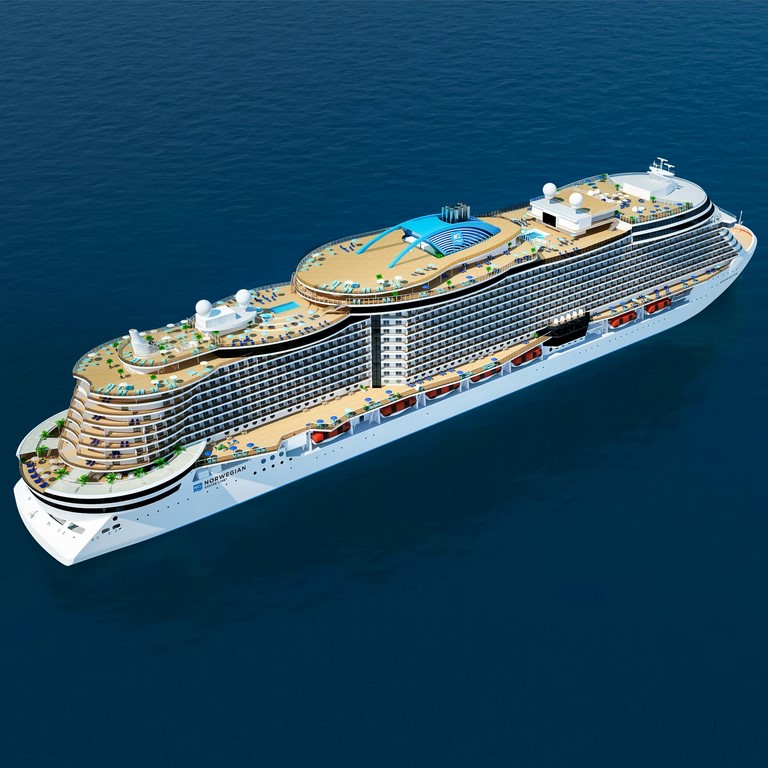 View from aft and above – Project Leonardo Class

A priority of the prototype design is energy efficiency, with the aim of optimizing fuel consumption and reducing the impact on the environment. Details on the ships’ many innovative guest-facing and first at sea features will be announced at a later date. The ships being constructed at Fincantieri shipyard in Italy will feature a lot of open deck space on the lower levels.

The contract price for each of the four vessels is approximately €800 million per ship.  The Company has obtained export credit financing with favorable terms to fund 80 percent of the contract price of each ship delivered through 2025, subject to certain conditions.

Freshwater “Miracles” of Crete Island
Crete is Becoming a Top Winter Refuge and Remote Working Destination
The Keftiu: Were They Absorbed and Erased from History?
Live Like Great Odysseus: Book a Week at Santa Thekla Peninsula
Previous: Latvia’s airBaltic Launches New Flights
Next: Meet Me in Oia: Five Pastimes to Fall in Love with Santorini