The European Union announced that starting January 19, 2013 a new driving licence, with a photo and standard information requirements included, will be issued across the EU. The new driving licence will have the form of a plastic “credit card” and tougher security protection. This new model will replace in time the existing over 100 plastic and paper models owned by 300 million drivers across the EU.

“Traffic police across Europe are currently expected to recognise more than 100 different types of paper and plastic driving licence. ID photos may be long out of date, the categories for which the driver is licensed unclear and the document may be easy to forge. Fake driving licences are a licence to kill, that is why we need licences which are easy to read, easy to understand and very difficult to falsify”.

The existing licences are not affected, but they will be changed by 2033. Each EU member state can decide to adapt the new model of driving licence to incorporate national symbols. 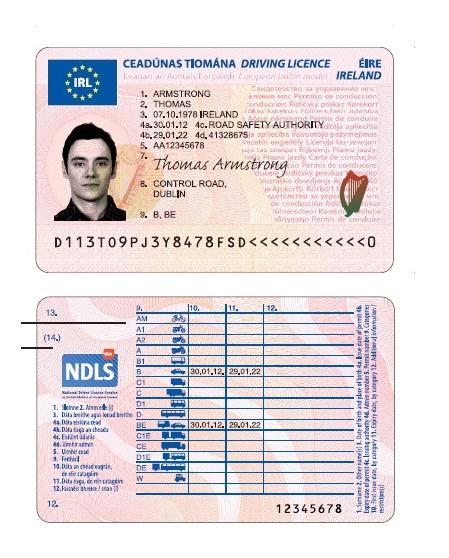 Moreover, the new European driving licence includes a number of security features to make it “tamper proof” and to avoid falsification and is backed by the creation of a European electronic data exchange system which facilitates information exchanges between national administrations.

A new age limit for access was introduced to licences for the most powerful motorbikes, to 24 years, up from 21 until now. The new regulations also ask for a minimum driving experience of four years (instead of two) with less powerful motorcycles before a licence for powerful motorbikes is issued. Finally, mopeds constitute a new vehicle category and their drivers must pass a theory test and Member States can choose to introduce skill and behaviour tests and medical examinations. The minimum age required by the EU to recognise moped driver licences in all Member States is 16 (Member States may go to 14 in their own country).