There are numerous abandoned settlements around the world today, from vast deserted cities and bizarre holiday resorts, to former colonial capitals and war zones left behind by terrorized populations. Some of the most notorious, such as Pripyat in Ukraine, have become a symbol of manmade disasters, while others have fallen prey to volcanic eruptions or economic decline.

Such is the isolation of these towns and cities, that many of them have become time capsules, remaining virtually untouched since they were deserted by their occupants – and therefore becoming a big attraction for curious travelers. Join us as we explore five of the world’s most impressive, and little known, abandoned settlements. 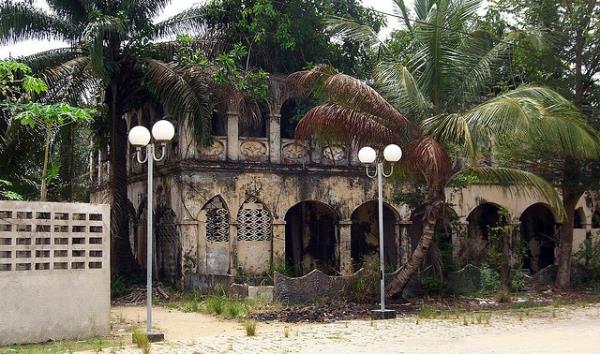 The glory of Grand-Bassam, with its impressive colonial architecture, stems from its former days as the capital of French Côte d’Ivoire. The city was abandoned by its French rulers in 1896, and from that day its commercial importance fell into sharp decline. By the time Côte d’Ivoire gained its independence in the 1960s, Grand-Bassam had become all but a ghost town – a situation from which it has never recovered, despite growing interest from tourists. 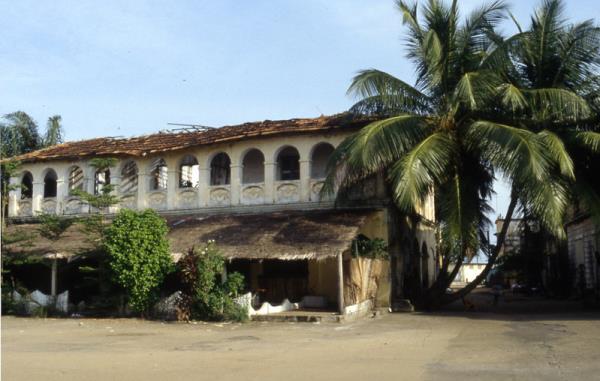 It’s a shame because Grand-Bassam really does live up to its name as far as its architecture is concerned. There are very few abandoned settlements that can boast such ornate architecture, making the town unique among ghost towns in the world today. Perhaps, as more tourists begin to show an interest in the former colonial capital, its fortunes will yet take a turn for the better. 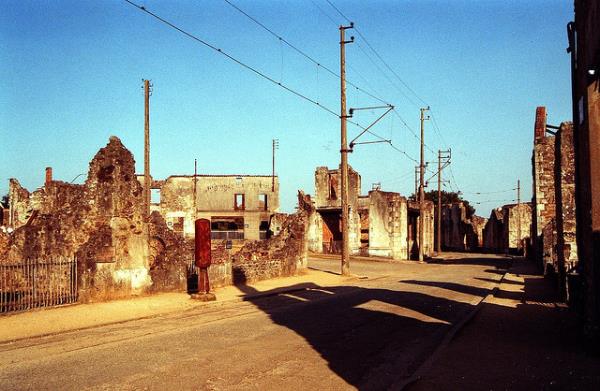 Another former French settlement, this one is located in France itself, and bears witness to a much darker past. On June 10, 1944, at the height of the Second World War, the village of Oradour-sur-Glane witnessed an atrocity that was so terrible, its entire population lost their lives. Following an attack by the French Resistance, Nazi troops entered the village and massacred all 642 of its inhabitants in a revenge attack. 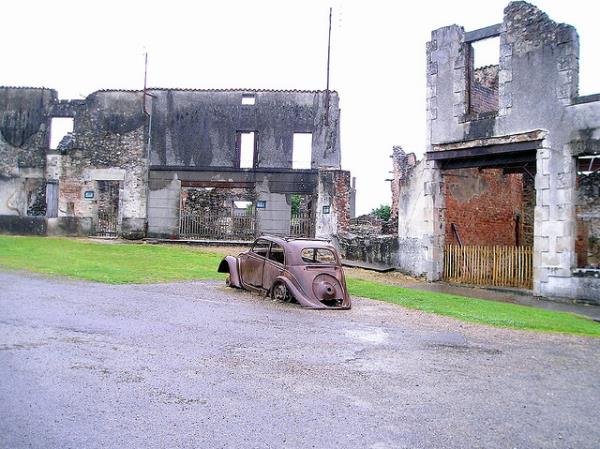 Convicted Nazi war criminal Heinz Barth later admitted during the Nuremberg Trials that the attack on Oradour-sur-Glane had no military objective. Upon entering the town, the village’s men were herded into a barn where they were shot dead with machine guns – several soldiers at the trial even admitted aiming at the men’s legs on purpose so that they would suffer a slower, more agonizing death. Even worse was to come however, for not a single woman or child was spared. After finishing off the men, soldiers herded their wives and children into the local church, where they were finished off with German bullets.

Authorities have since built a new Oradour-sur-Glane nearby, but the original site has been left intact as a tribute to those that lost their lives. 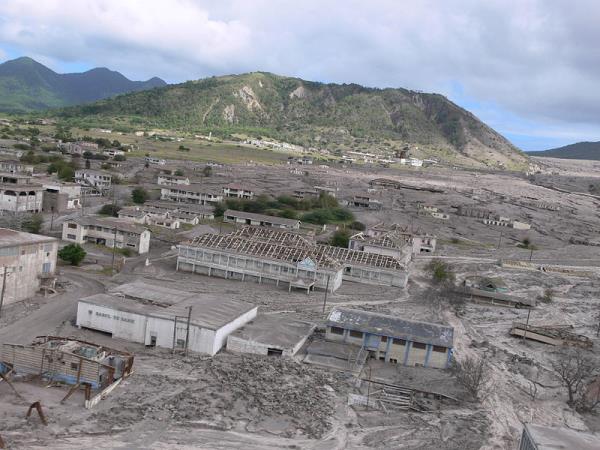 Image courtesy of Wailunip at en.wikipedia

One of the biggest natural disasters witnessed in recent times, the fate of Plymouth, the capital of Caribbean island Montserrat, has largely been forgotten. This once beautiful British colonial-era city was totally decimated when the Soufriere Hills volcano that dominates the island exploded into life back in 1995, raining down a torrent of lava and rocks onto its biggest population center. 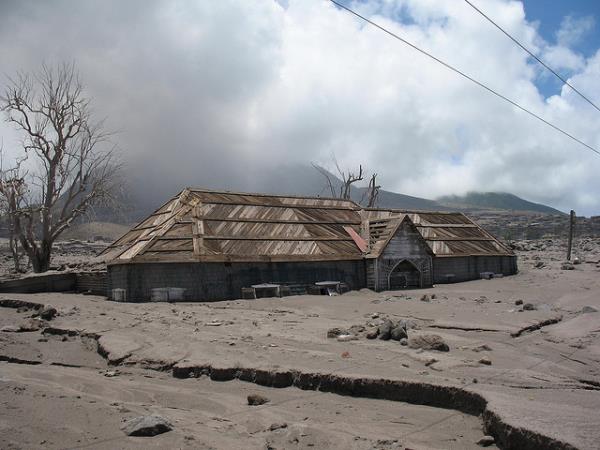 By the time the eruption had ran its course, the entire southern half of the island was buried under 12 meters of mud and rock, rendering the area uninhabitable. 19 people lost their lives in the disaster, and the vast majority of the island’s population was forced to flee abroad. Quite remarkably though, the northern half of the island managed to escape the disaster almost completely unscathed, and despite being so close to such awesome devastation, life continues much the same as it had before. 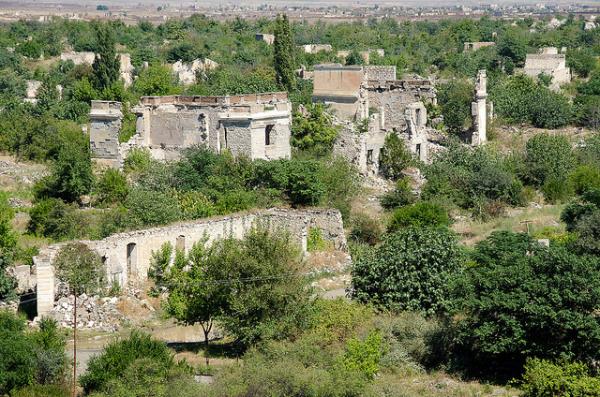 The historic town of Agdam in western Azerbaijan was brought to its knees following the collapse of the Soviet Union. The town bore witness to some of the most savage fighting during the Nagorno-Karabakh War, an armed conflict between Azerbaijan and Armenia that lasted from 1991 to 1994 as they fought for control of the disputed region of the same name. 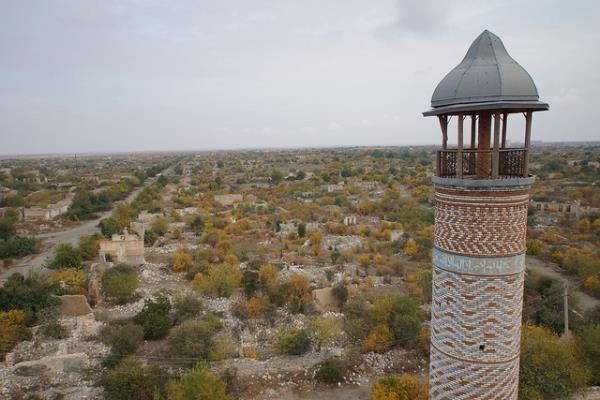 Soldiers from the Armenian-backed Nagorno-Karabakh Republic successfully took the town from Azerbaijan in July 1993, forcing its entire population to leave. When a ceasefire finally took hold in 1994, Agdam’s occupiers set about destroying the town in order to prevent the Azeri’s from recapturing it. Today, the famous Agdam mosque remains the only surviving structure of note, standing tall and lonely amidst the ruins. 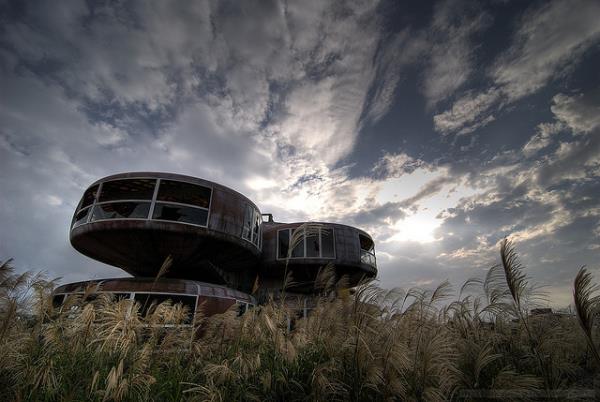 The uniquely weird and wonderful Sanjhih Pod City, aka The UFO Village, dates back to the late 1970s when it was conceived as some kind of futuristic holiday resort for US military personnel serving in Asia. For whatever reason, contractors never quite got around to completing the resort, and the village was abandoned two years into its construction. 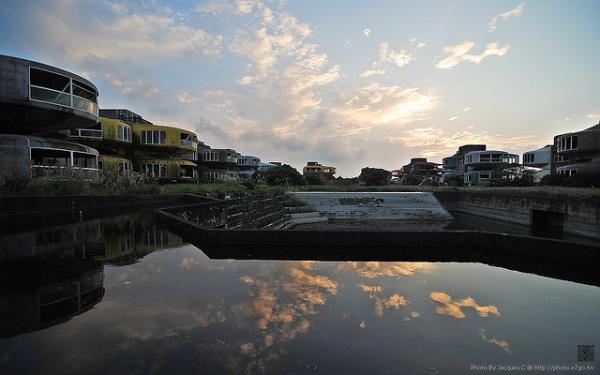 The UFO village enjoyed a status as one of the world’s most bizarre ghost towns for 28 years, its unique collection of flying saucer-shaped buildings attracting hundreds of curious onlookers until authorities became concerned that the site was falling into disrepair. After failing to secure investment for the UFO Village’s upkeep, it was finally torn down in 2008 – the ultimate holiday resort failure, if ever there was one.