Three years ago, my team at Argophilia visited Crete for the first time. After the visit we took it upon ourselves to try and promote “off season” tourism on this magnificent island in the south Aegean. Unknown to us at the time, one resort had already seized upon the potential. Here’s a Christmas story from Ostria Resort & Spa in Ierapetra, on the Libyan Sea.

“Happiness is a simple everyday miracle, like water, and we are not aware of it. “ – Nikos Kazantzakis

When Crete’s most famous author Nikos Kazantzakis wrote the line above, the man who penned “Zorba the Greek” must have been thinking of Christmas on his beloved island. Now that we live here it’s so easy to see who the Cretans are. When the summer of welcoming millions of tourists ends, and when the relative chill of winter sets in, the people here celebrate each day in a unique kind of togetherness. Words escape me for describing the “collective” society here, but there’s a unity of rejoicing that I can only reflect as “siga–siga”, which means, “slowly–slowly.” In winter on Crete things are just miles past laid back, and the people breath in life slowly-slowly, as if to embrace memories better. But when my pal Minas Liapakis called a few days before Christmas to invite us to the Ostria resort, we still had not fully grasped this slow-motion prayer of the people here. It’s appropriate that we learned more of it as the season and the year draws to an end. 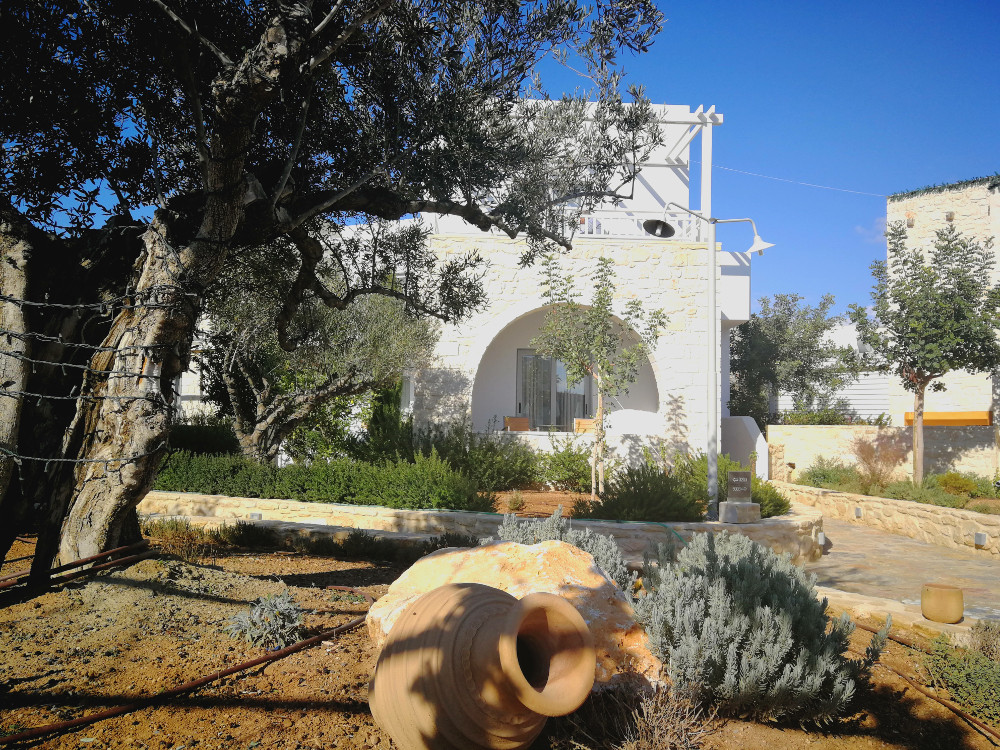 The resort’s grounds are impeccably maintained.

Since arriving on Crete I’ve talked to my wife Mihaela about driving south to Ierapetra, Europe’s southernmost city. About an hour and a half from the capital in Heraklion, the city named “sacred stone” is also known as the “bride of the Libyan Sea” – a nickname the seaside town of 16,000 genuinely lives up to. Famous from Minoan times, the city was also known for its independence, pirates and later as the place Napoleon Bonaparte stayed over with a local family after the famous Battle of the Pyramids. Ierapetra today is most noted for its burgeoning agriculture, and for some of the best beaches situated along the Gold Coast of Southern Crete. 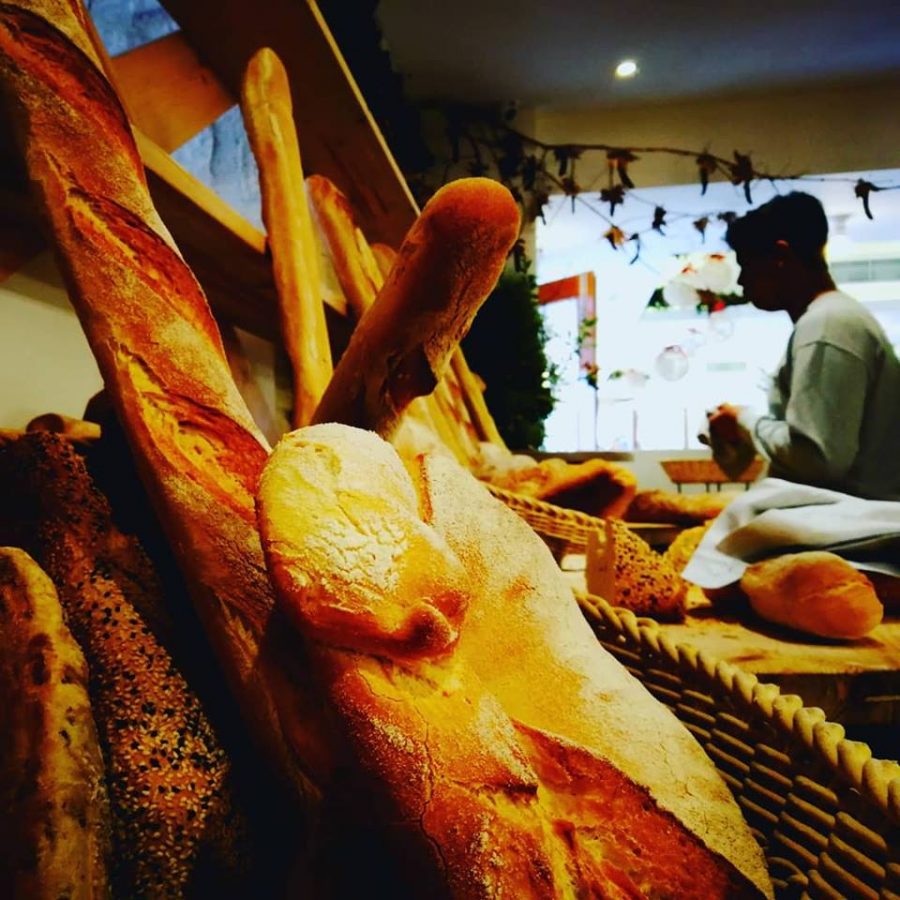 Just up the coast to the East of the city we found Ostria Resort & Spa easily because of the cars overflowing the parking area, which spilled out onto the coast road from the gigantic resort. Like always, our friend Minas sprung on us a huge surprise with the invite to Ostria’s Christmas festival. On entering the cavernous reception area, I half expected to find Santa dressed in flip flops, tank top, and floral bathing suit – and I was not too far from wrong. Just about every inch of the expansive resort had been adorned with some form of Christmas cheer. In season Ostria’s five restaurants, its café, the four bars and the several pools bear the ornamentation of a gazillion tourists – but at Christmas time the 343-room spa resort is dedicated to Santa and his little Minoan elves. 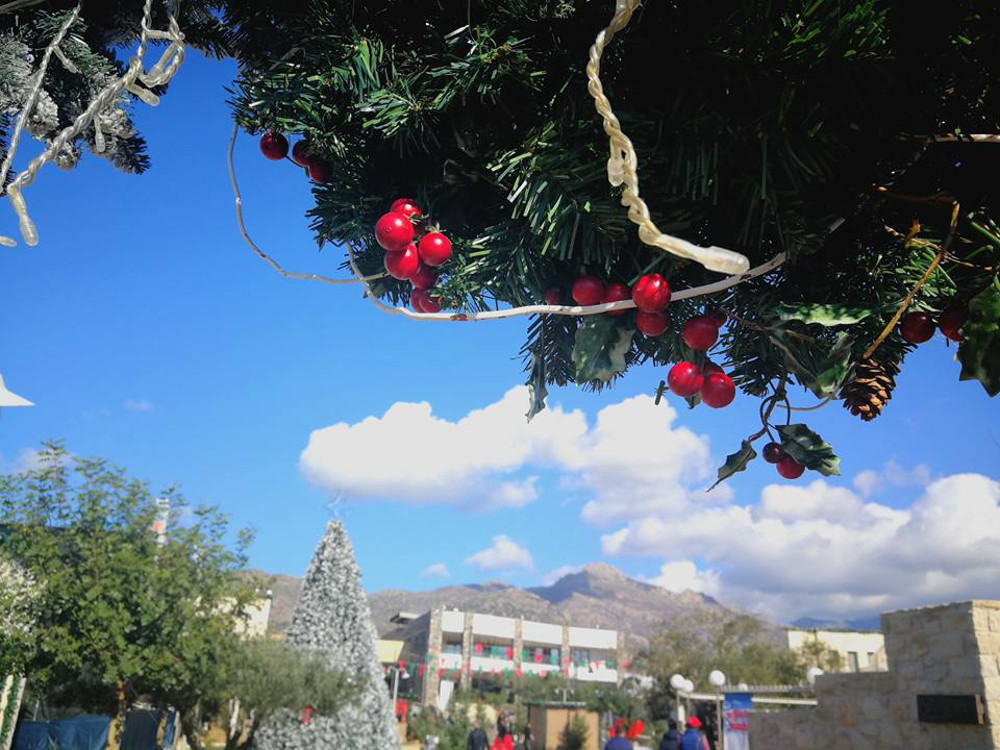 The owners at Ostria had decked every hall with reminders of the season, and of the Christ child so many of us adore. And as the smiling hotel porter ferried us to our bungalow near the waster’s edge, the full-fledged Christmas village laid out onto the beach resort was yet another surprise. Kids riding horses, sitting on Santa’s knee, and making crafts at his workshop were our first glimpses of what many Cretans now make a tradition. Like I said, Ostria’s directors had three years to perfect this “off season” spectacle. But the kiddie activities, lights, bells, and theatrical shows were not all that impressed us as new visitors. 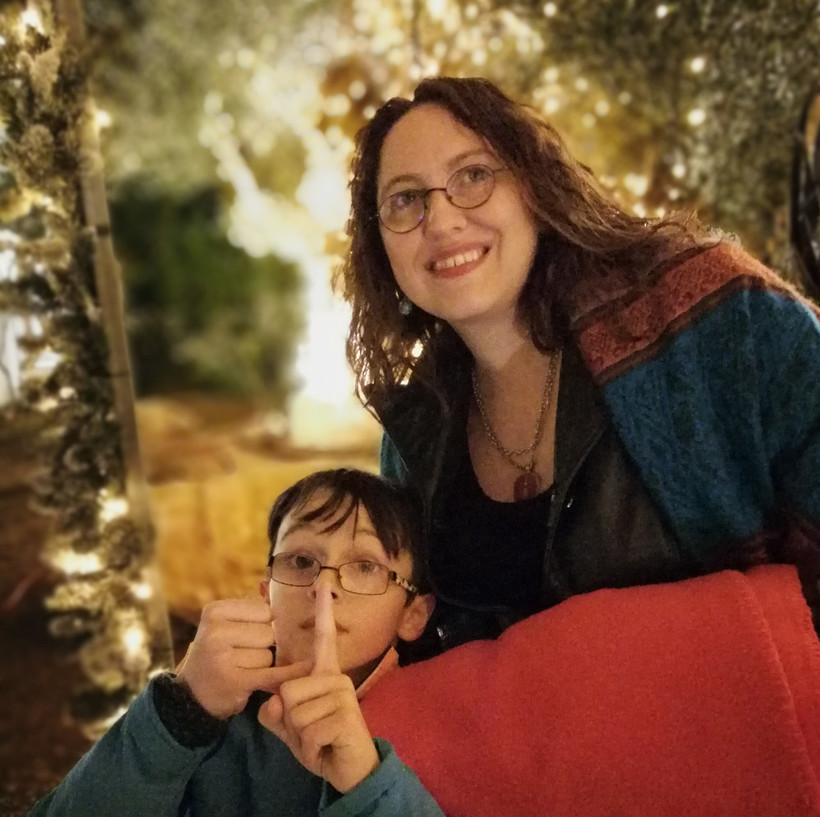 Siga-siga, at Ostria Resort & Spa on Christmas Day 2017 my family felt like newly born Cretans welcomed to a secret festival for “chillin” under the southern Mediterranean sun. Our second order of business after dropping our bags at the room – coffee with Minas and his wonderful brother renowned plastic surgeon, Ioannis Liapakis (Ioanni). Coffee, I bet you did not know Crete runs off of it! Sitting with Minas and Ioanni, watching the beautiful Cretans stroll by in all their fashionable senses, I think I understood for the first time the source of the unfathomable appeal of Crete. The only way I can make you understand is in quoting Kazantzakis once again:

“What a miracle life is and how alike are all souls when they send their roots down deep and meet and are one!” 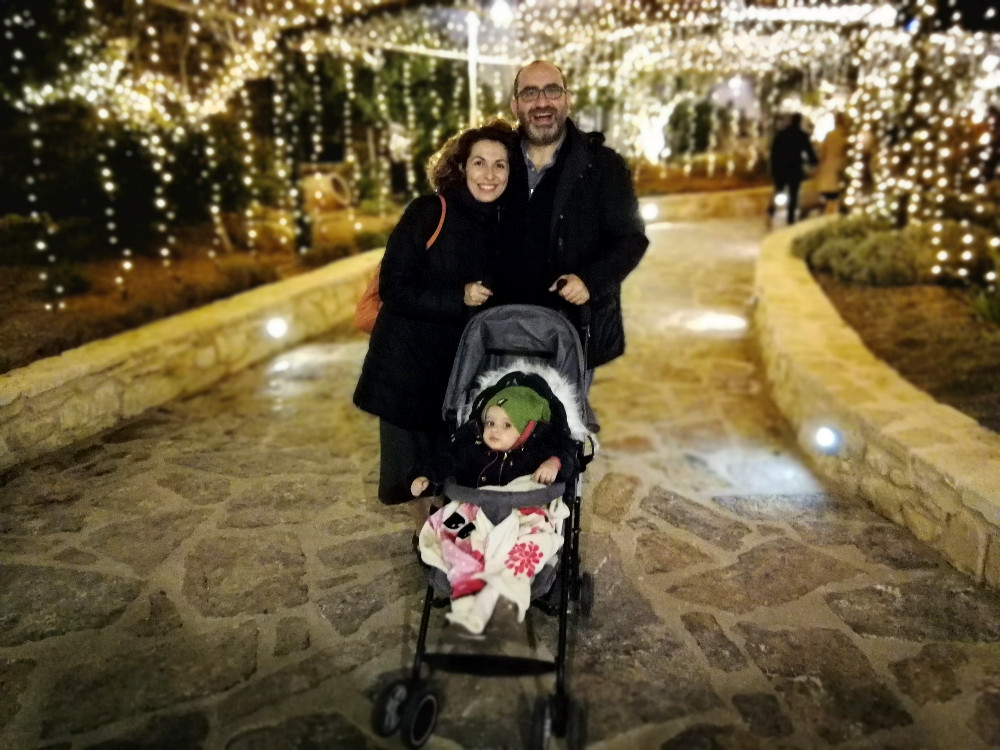 Kalli, Minas, and their little Anna-Maria under the lights at Ostria Resort & Spa

Under the azure skies just north of Africa we breathed our first breaths as Cretans with newly planted roots in sacred soil. You see, with no pretense or pressure to please, the people of Crete are like a single entity. And as imperfect as any resort can be, the owner of this one managed to create a near perfect Christmas tradition in the same place summer travelers romp and play by the sea. Christmas at Ostria this year made my wife and partner exclaim – “This is my best ever Christmas” – and we’ve had our share of blissful Santa adventures. From the mega-buffet breakfast and dinner at the Orion Restaurant, to strolling by the seaside pools and resort amenities, this was a memorable Christmas. Subtract an empty room fridge and mini-bar, and a line at the café that Job himself would have abandoned, and you’re left with this travel author’s highest recommendation for Christmas in paradise. Other hotels on Crete can take a great lesson here. And future seasonal travelers will surely find Ierapetra and Ostria an irresistible new experience.