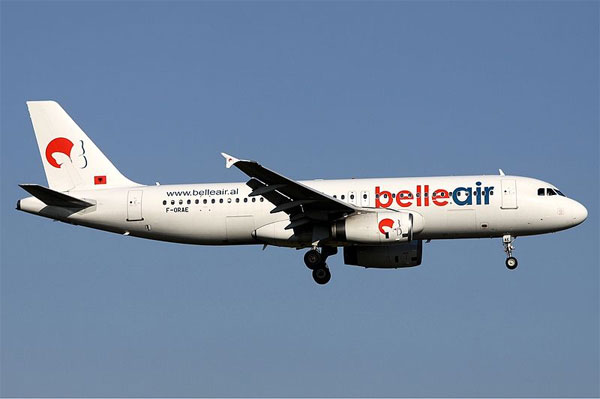 Over the last few days two European carriers ceased their operations. First, the Albanian airline Belle Air changed its website into a single landing page with a simple message stating that they suspend their flights and suggesting that they will undergo a restructuring process aiming to get back in business with competitive ticket prices. The message was:

Following eight years of successful operations from Albania towards European destinations, Belle Air is obliged to temporarily suspend its operations due to the general economic situation, the decline of the purchasing power, recession in the markets it operates as well as from the freezing for over 18 days of its bank accounts.

The above mentioned situation impedes the continuation of the operations. During this period, Belle Air will start a process of restructuring aiming to return with lower prices and quality service in the Albanian Market. Following this restructuring process, Belle Air invites Albanian and Foreign investors to be part of the revival of this success story of an Albanian born business. “

The message also contained details on refunds and solutions for tickets from another carrier for passengers who already booked a flight using Belle Air’s services.

A day after this message, Belle Air Europe, the Italian subsidiary of the Albanian airline, issued a press release saying that they will continue as usual their flights and services. Information from this release, including new flights announced, appeared on EX-YU Aviation news. However, the next day, the carrier made a similar change on its website and posted a similar message (a shorter version mentioning only the suspended flights and solutions for refunds).

Due to its general difficult economic situation, Belle Air Europe must temporarily suspend its flights”