If You Like Beer, You Need To Get To Denver

Coloradoans love beer, and so it makes sense that Denver is home not only to the world’s biggest brewery (Miller-Coors in Golden), but also to hundreds of smaller microbreweries and brew pubs. Former Denver mayor (and current Colorado governor) John Hickenlooper helped to found the Wynkoop Brewery in the popular LoDo district in downtown Denver in 1988, which is often cited as the turning point in Denver’s urban development and also a significant momemt in the microbrewing industry.

Denver is home to lots of other breweries and brew-pubs too, including some nationally known names like Great Divide, Breckenridge Brewery, and the Del Norte brewing company. The true beer enthusiast traveling to Denver probably doesn’t have time to sample every local beer, but might appreciate a visit to the Falling Rock Tap House in LoDo, which has over 75 beers on tap, as well as hundreds of beer bottles lining the walls, many of which are local Colorado beers

Denver is widely recognized as being the center of the country’s craft beer movement and local craft beers take up a large section of the city’s biggest liquor store. The Great American Beer Festival (GABF) has been hosted in Denver for the past thirty years; the festival is a showplace and competition for craft beer makers, and attracts beer lovers from across the country. Many of the breweries in Denver (including Coors and Budweiser) offer tours of their facilities and a free beer at the end of the tour. 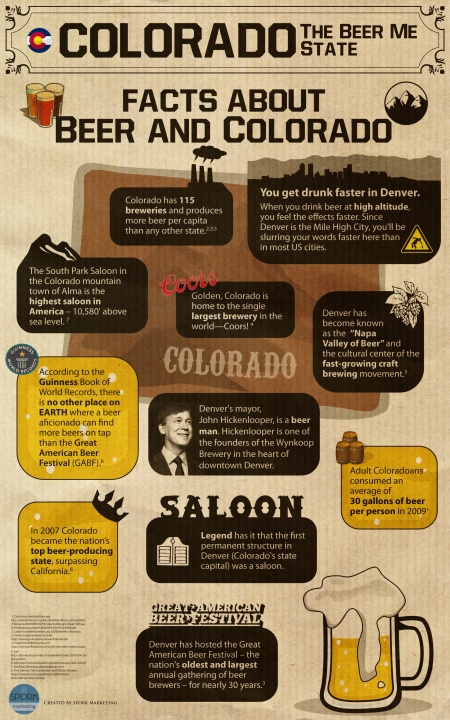 However, if you visit Denver and plan to partake, remember this: There is less oxygen at altitude, which means that the higher you go, the harder it is for your body to metabolize alcohol. If you drink in the Mile High City you’ll get drunker quicker, so make sure you find yourself a designated driver.

Author Jason Lancaster is a native Colorado resident and active blogger, contributing to a variety of websites including TacomaHQ.com and TundraHeadquarters.com, two Toyota truck blogs.

A new study shows travelers reluctant to travel despite confidence in Greece as a safe destination on account of ongoing pandemic.

The Greek Tourism Ministry has plans to establish two new tourism education departments at Ancient Olympica and on Kos Island.