Opodo Deal Gets EU Thumbs Up

Opodo UK landing, but one of many translations and domains Domain's of Opodo.

Opodo UK landing, but one of many translations and domains

Private equity firm Permira, and France’s Axa, have received the “go” from EU regulators in their bid to buy online travel entity Opodo. The two investors intent to merge the Spanish Opodo company with Go Voyages and eDreams will create one of the digital world’s biggest online booking agencies. 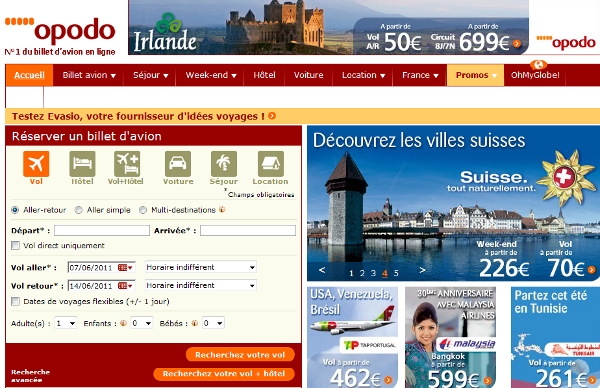 Opodo UK landing, but one of many translations and domains

Amadeus’ Opodo, combined with these other two players, presents a bit of competition concern for regulators. Despite the fact that the emerging entity will in effect be mainstream Europe’s biggest OTA, the official take on the merger is that there is enough competition about. The commission suggested that Air France, Alitalia, easyJet and Ryanair, even online travel agents Expedia, represent enough competition. 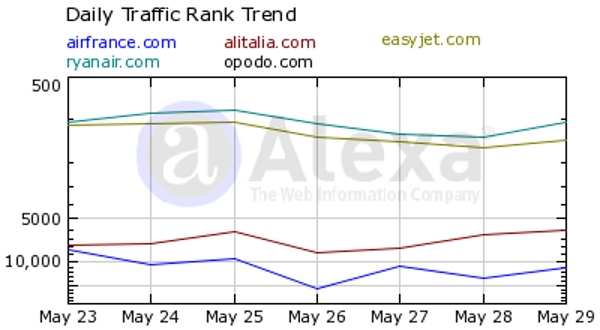 Opodo is not even on the other competitor's radar yet

Based on a cursory look at site metrics from this writer, it appears the EU’s decision has merit. Air France alone has significant visitation online, and Alitalia comes in with similar numbers.  And, easyJet, Ryanair, and Expedia all post similar traffic numbers in Europe. Meanwhile, Opodo’s traffic outside the UK does not even represent a drop in the proverbial bucket on the face of it. Even adding in Go Voyages and the various eDreams sites across the Europe playing field, the conglomerate is not even close to equaling Expedia’s reach – not yet any way.

But that’s just the “cursory” look. Adding in all the domains Opodo and the others cover, in the various markets, this does reflect a significant visitor profile. So, the investment does insinuate a major move by  Permira and Axa, just how impactful remains to be seen. Opodo in particular seems vulnerable to a new competitive player, even our friends at Vinivi there in France might bite into profits with some more innovation and collaboration? We will keep and eye on this one for you. 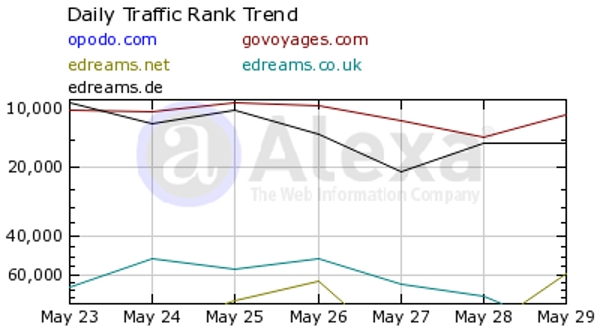 As you can see, the merger of these companies may not seem significant, but combing domains?