Tomorrow the National Gallery of Armenia plays host to an exhibition by world famous painter Mkrtich Sedrakyan (1922-2009). The opening marks the celebration of what would have been Sedrakyan’s 90th birthday. 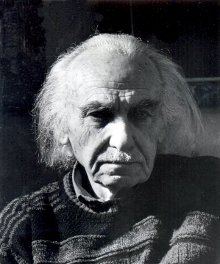 According to the news, the exhibition will be comprised of portraits, many of which will be shown for the first time ever. The artist’s works are famed for exhibiting Armenia’s often troubled past and the struggle his countrymen have made over the years.

For those unfamiliar Mkrtich Sedrakyan received his education in Echmiadzin, later moving to Yerevan, where he continued his schooling. In 1938 he began attending the school of fine arts of Yerevan, but entered the war as a volunteer in 1941, without graduating. His participation in what was known as the Great Patriotic War from 1941 to 1945, heavily influenced his work. He is one of Armenia and the region’s most celebrated and awarded artists.

The gallery has created a Facebook presence for the artist here, for those who would like to see more of his fantastic works. For more infomation about tomorrow’s opening, readers may want to read the original press here. The gallery is located at: 1 Arami Street (Entrance from Republic Square), Yerevan 0010, Republic of Armenia. The image of Sedrakyan’s  “Vardananq” below, is courtesy the artist’s Facebook. 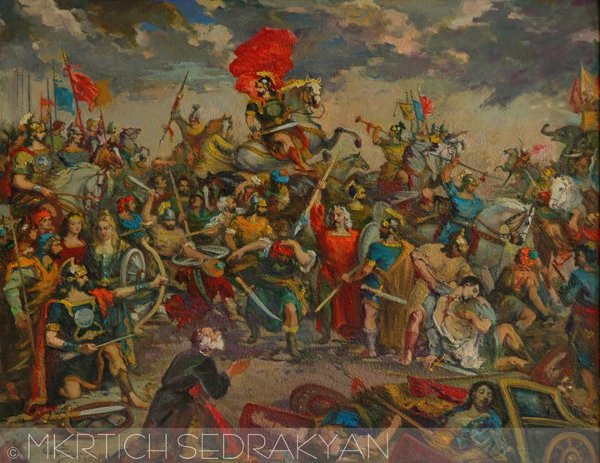