Rio de Janeiro’s legendary Sugarloaf cable car celebrated its 100th birthday yesterday, with authorities announcing that the service is set to be extended to neighboring hills.

Incredible as it may seem, Rio’s most famous mode of transportation hoisted its first group of passengers to the summit of Sugarloaf Mountain exactly one century ago – on October 27, 1912. 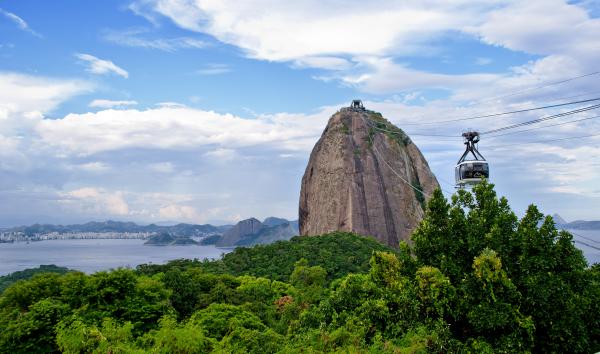 Back in those days of course, things were quite different, with passengers being ferried up to the 395 meter tall granite peak in wooden cars similar to the old trams that were so visible in Brazil’s busiest city at the time. It wasn’t until 1972 that the old wooden “bondinhos” were replaced with the floating diamond-style cars in use today.

The sugarloaf cable car was the only the third passenger cable car of its kind to be inaugurated in the world, following Spain’s Mount Ulia cable car in 1907, and Switzerland’s Wellerhorn trams in 1908. The system was designed and developed by Augusto Ferreira Ramos, an engineer who first conceived the idea of a direct link between Rio’s two most famous attractions – the mountain and Vermelha Beach, which are separated by a distance of almost 1.4 kilometers (just under a mile).

Each year, roughly 1.5 million people use the Sugarloaf cable car to visit the mountain’s summit, approximately half of whom are foreign tourists.  In order to reach Sugarloaf Mountain, tourists actually have to take two cars – the first one bringing them to the lower hill known as Morro da Urca, with the second one taking them all the way to the summit. 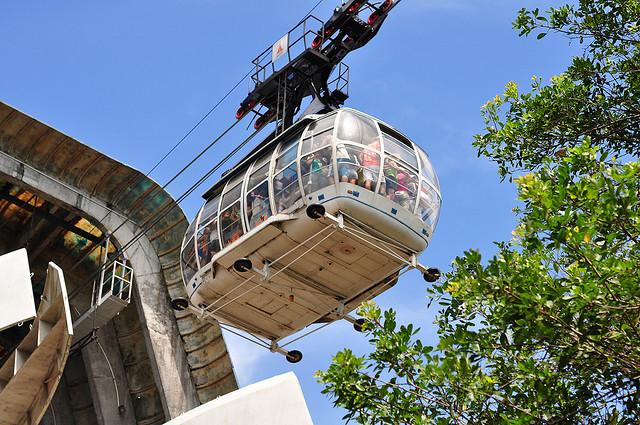 Part of Ferreira Ramos’ motivation was his wish to project a modern, sophisticated image of his home city to the rest of the world, which despite being Brazil’s capital at that time, remained vastly underdeveloped compared to European and North American cities.

Ferreira Ramos almost didn’t get his way though; many thought his idea crazy and labeled the engineer as a “madman”, says Maria Ercilia Leite de Castro, head of the Sugarloaf Aerial Tramway company, in an interview with AFP.

“Even his fellow engineers suggested to him that the planned system should link the Sugarloaf directly to a nearby mental hospital,” Castro quipped.

But despite the doubters, Ferreira Ramos would not be deterred in his mission to get Rio de Janeiro on the map, and pressed ahead with his landmark transportation system.

Ferreira Ramos’ original cars were capable of ferrying 22 persons at a time to the top of Sugarloaf, a number that was increased to 75 at a time once the old cars were replaces in 1972. However, the car’s capacity since been dramatically reduced to a maximum of 10 persons per trip, in line with modern safety regulations. 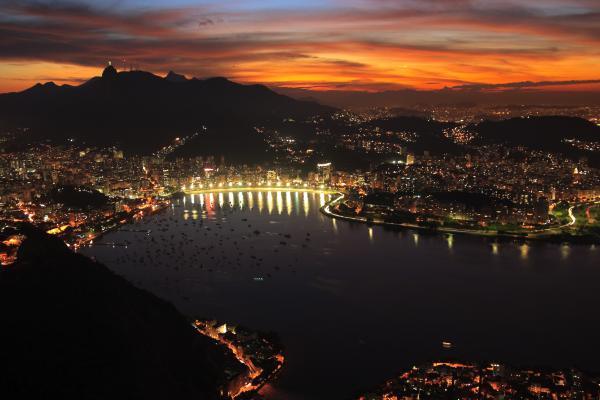 These days, Sugarloaf’s cable cars have attained an almost iconic status and become one of the most instantly recognizable symbols of the city, having featured in movies such as James Bond’s Moonraker, while the likes of John F. Kennedy and Albert Einstein head the list of famous ex-passengers.

Now, with Rio set to fall under the international spotlight when it hosts the 2014 FIFA World Cup, followed by the 2016 Olympic Games, the Sugarloaf cable car is set to receive a much-needed makeover. At a ceremony to mark its birthday, officials announced plans to modernize the tramway’s two stations and upgrade the cars in an effort to reduce waiting times.