Some miraculous news of the Easter holidays arrived from Macedonia recently as tourists flocked to see frescoes at the St Demetrius church in Skopje. According to the reports, the paintings changed colors dramatically promoting Orthodox Christians to believe the famous wall paintings underwent a diving change. 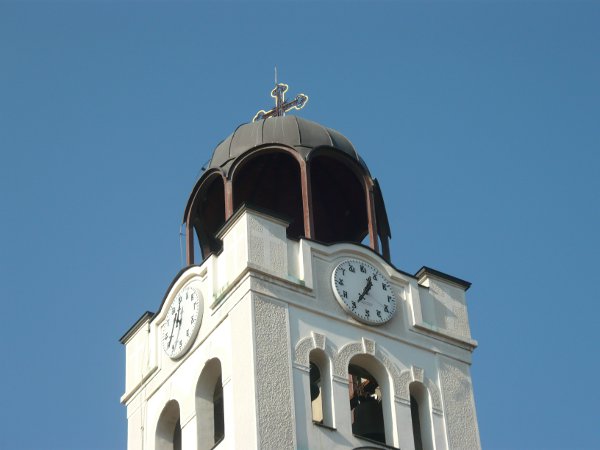 Believers flocked to the centuries old church to catch any glimpse of the phenomenon should it occur again recently. According to a local TV report, which prompted all the excitement, the gold aureoles surrounding the saints depicted in the paintings, somehow became far brighter overnight. The local clergy even claim the paint on the frescoes is noticeably brighter since.

Also, the clergymen of the church insist the miracle is in fact in connection with construction around the church, a disturbance they say has angered the patron saint of the church, Demetrius. A warrior saint, evidently wants church business as usual (which was quite good before construction) to go forward. As for senior Macedonian Orthodox Church officials’ take on the miraculous nature of these events, Archbishop Stefan visited, but gave no comment on the divine nature of these events.

The church, located in the old city center between Skopje’s Stone Bridge and the entrance to the Turkish Bazar, is believed to have been constructed in the 16th Century. It is one of the oldest churches in the city, certainly, and now perhaps the most famous. We will update you should more events at the church dictate.