For those who enjoy sporting events, the Ski Jumping World Cup is coming in March to Planica, Slovenia (March 15-18) and promises once again to be an entertaining event for people of all ages. 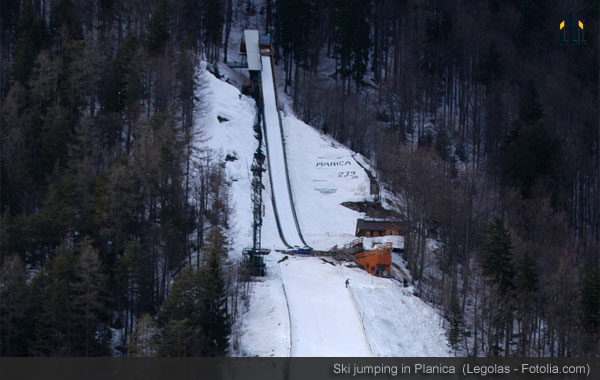 Ski jumping is an exciting sport which involves skiing down a ramp, jumping off the end of the ramp and trying to cover as much distance as possible, while at the same time using great style and finesse to accomplish the jump. Ski jumping has been in existence since the 18th century and is a very popular event at each Winter Olympics. In addition there are a number of competitions all over the world every year. The FIS (Federation of International Skiing) Ski Jumping World Cup is one of those annual competitions.

The FIS Ski Jumping World Cup was first held in Cortina d’Ampezzo, Italy in the 1979-80 season and has been an annual event in various countries ever since. This four day event usually has twenty-five to thirty competitions with each consisting of three rounds, including the qualifying, the first and the second rounds. The top ten FIS jumpers automatically qualify for the first round while the remainder fight for only forty remaining spots. Of those fifty ski jumpers only thirty will qualify for the 2nd round. The skiers are given aggregated points in the second and third rounds which determines placement of all thirty jumpers.

It is important to understand that jumpers are rated not only for the distance covered but also according to style. The top three skiers win gold, silver and bronze medals. So far, since the first Ski Jumping World Cup, skiers from Austria, Finland and Norway have taken the most medals, with Austria taking 24 gold medals; Finland 14 and Norway 11. As far as individual top jumpers, in the men’s competition Matti Nykanen of Finland has had the most single event wins; while in the women’s competitions the leader of single event wins is Sarah Hendrickson of the United States. 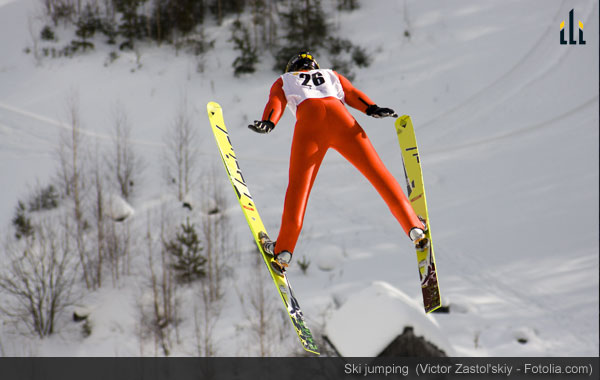 The site of this year’s FIS ski jumping finals competition will be Planica, a beautiful alpine ski valley located in North-western Slovenia, which has hosted this event numerous times previously. The FIS Ski Jumping World Cup will begin on Wednesday March 14th, 2012, with the official flying hill test. The official trial and qualification rounds will be held on Thursday and all competitions and announcement of results will take place Friday, Saturday and Sunday, with the championship concluding on Sunday March 18th. There will be musical entertainment on hand as well.

Planica was the site of the first ski flying hill and is well known for ski jumping, offering the second largest jumping hill in the world. Since 1985, Planica is the only location where new ski jumping records have been set. Planica is currently undergoing a major renovation of its ski jump hills complete with a ski jumping museum and a multi-purpose stadium. The Planica Nordic Centre is set to be completed in 2014. Those who attend this year will have the chance to view what has already been completed along with an exciting preview of things to come

For those who are planning a trip to Slovenia to see the ski jumping championships, there is a large variety of accommodations available. From luxury hotels and resorts on the coast to city hotels with easy access to all the activities, there are accommodations to suit every price range and taste. There are also a number of ski apartments in the area for those who want larger accommodations with kitchens and more than one bedroom.

Whilst in Slovenia you could also schedule a trip to Maribor. This has been selected as the European Capital for Culture of 2012. Maribor which is in North-Eastern Slovenia is about 147 Kilometres away from Planica; a typical journey between the two cities takes between 1.5 to 2 hours.

A trip to Slovenia to see the Ski jumping World Cup promises to be an entertaining European holiday with memories that will last for years to come.