If Schengen Borders Go Up, Billions Will Be Lost

According to news from various sources, the 26-country Schengen area could suffer a huge blow to its tourism sector stemming from the migrant crisis. Border formalities once eliminated to facilitate ease of travel, may soon be re-instituted if the crisis persists. Some experts fear, if the Schengen zone goes, the EU won’t be far behind. 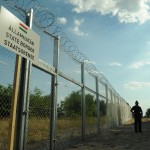 The Schengen zone, which includes all of Western Europe except for Ireland and the U.K., plus the Baltics, Poland, Slovakia, Hungary, and Slovenia, currently allows for free travel within the shared zone. But, the massive numbers of migrants from crisis in North Africa and the Middle East have put a big burden on Schengen and greater Europe. Already, Austria, Germany, France, Sweden, Denmark, and Norway have reintroduced border checks for at least the next two years, and some experts fear other countries may soon follow suit.

This The Telegraph report foretells of Europe losing in excess of €28 billion lost from the economy should the Schengen system collapse. Later on this month EU ministers will meet to decide on suspending the Schengen agreement for two years collectively. Rolling back the Schengen agreement would also discourage long-term investment, and at a time when many smaller countries cannot afford any more economic shock. Already, some of the Schengen states have pleaded the case for keeping the system in tact no matter what. Hungary, for one, stands to lose the most should the delicate balance of trade and transport in between nations be upset.

At the moment, tourism accounts for almost 3% of GDP and 5.0% of employment in the European Union. The freedom of access by tourists across these borders has been on of the greatest achievements of the European Union, so the restrictions would also be a major blow to that union.