Romania tourism figures up over 2013 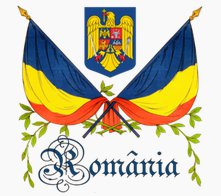 According to figures from the Romanian National Institute of Statistics (Institutul National de Statistica) arrivals and overnight stays increased by  6.1 % and by 5.7 %, respectively over the last year.

The report shows that compared September of 2013, customs registered an increase in both the arrivals of foreign visitors of 7.7 % and in the departures of Romanians. As an example of the quoted statistics, in September 2014, the average time of stay was 2.6 days for Romanian tourists, and for foreigners those stays were just under 2 days. Also during this period,  the net use index of accommodation hovered at 29.1% on total tourists’ accommodation. The highest index of stays was registered by hotel stays at nearly 37%, but nearly three fourths of all stays were Romanian.

Interestingly, the regions that showed the biggest gains revealed Africa and Asia visitors increasingly, but the vast majority of foreigners still came from the EU. As for touristic destinations, Bucharest and some other city capitals saw the most inflow of tourists. The Romanian ski areas and the beaches of the Black Sea saw the majority of Romanian visits outside Bucharest.

To see the full report readers should look here (PDF), or contact the institute directly at: e-mail: romstat@insse.ro