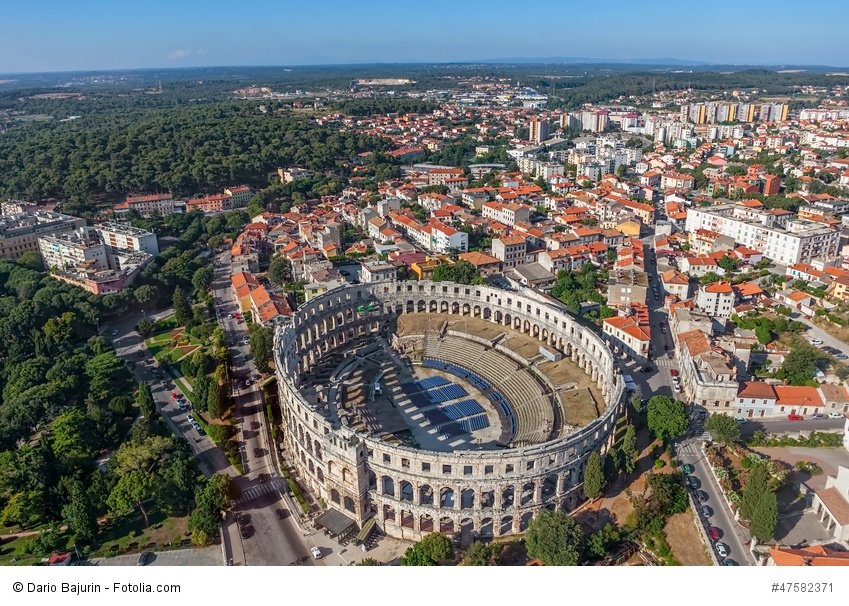 The official figures show arrivals at 94,656 passengers even despite a severe reduction in tourists from the main Russian market over recent political tensions. The statistics, which can be found here, reveal 2014 slightly ahead of last year’s pace, even though 2013 was a slow year by comparison to others. Last year over 350,000 fliers landed in Pula, a little under 14,000 fewer than in 2012.
Pula, situated at the southern tip of the Istria peninsula, is a small city famous for its climate, crystal sea, and other unspoiled nature. The city has a long tradition of wine-making, fishing, shipbuilding, and tourism. The city is perhaps best known for the 1st-century amphitheatre there, the sixth largest surviving Roman arenas in the world