Paphos in Cyprus is famous for many reasons – including for being the legendary birthplace of Aphrodite, as Petra tou Romiou stands testimony off the shore along the main road from Pafos to Limassol attracting thousands of tourists to this enchanting spot. Yes, Paphos is strikingly beautiful if you like the kind of towns with romantic marinas, pristine beaches, and history that captures your imagination. We also love Paphos for its expansive forested area on the slopes of the Troodos Mountains. 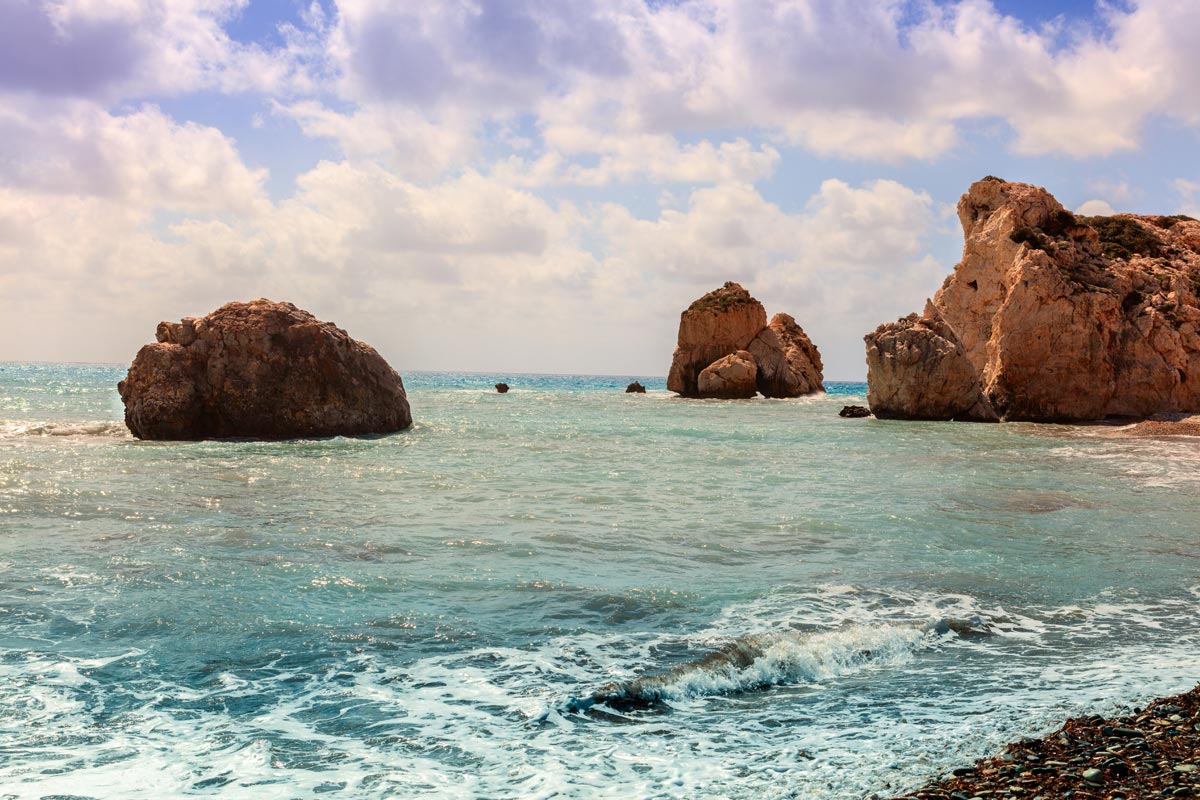 Petra tou Romiou, or the Stone of the Greek – the legendary place where Aphrodite rose from the waves the day she was born.

The Paphos Forest stretches over 70000 hectares on the mountains, extending from Limassol, Nicosia and Pafos at sea level, to the Tripilos mount at 1352 m altitude. The area is vast and comprises several settlements and communities, including Pomos, Pigainia, Kato Pyrgos tis Tillyrias, Varisia, Gerakies, Lemythou, Treis Elies, Kaminaria, Fini, Agios Nicolaos, Pano Panagia, Kannaviou, Lysos, Kinousa, Argaka, and Gialia. From all, Pano Panagia is interesting as the site of the historical Chrysoroyiatissa Monastery, where every summer pilgrims come to pay homage to Our Lady of the Golden Pomegranate on August 15. 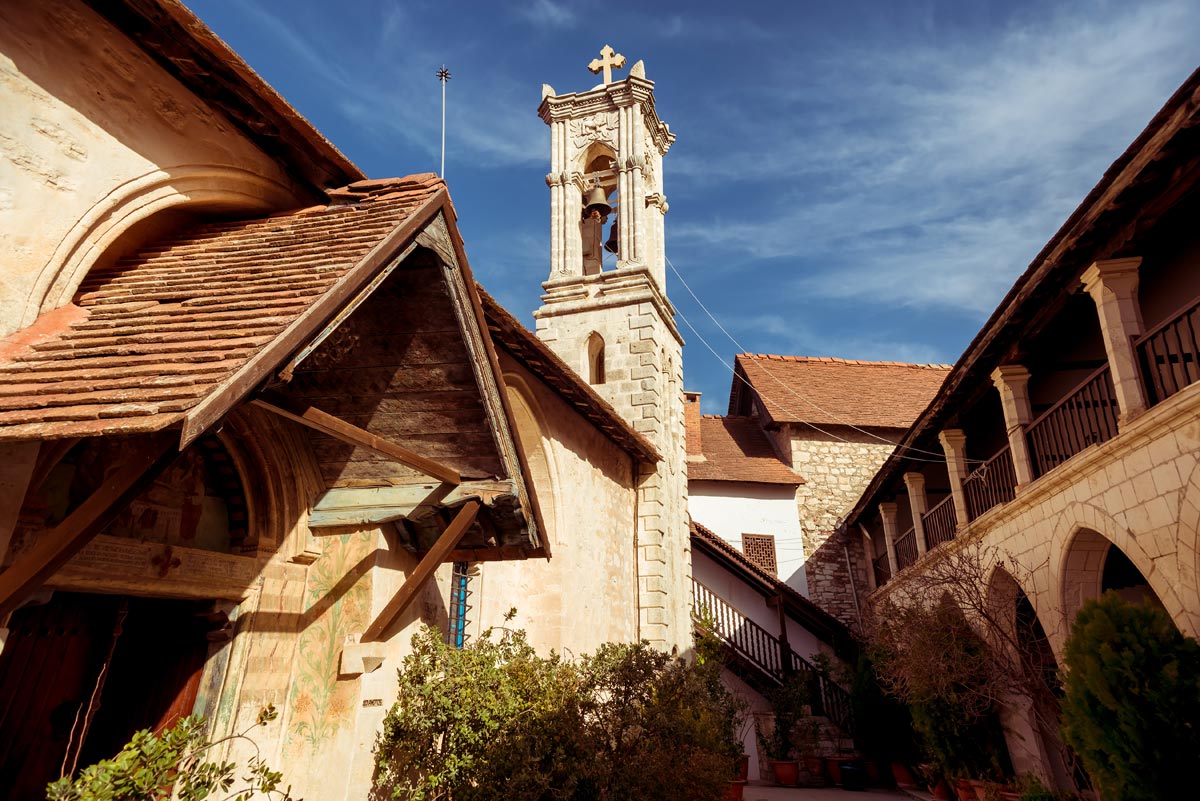 The monastery traces its history back to the 12th century and stands at an altitude of about 2,700 feet. The current edifice was built in the 1770s. When you visit the monastery, you can also enjoy local wines produced in-house.

Another attraction close to Pano Panagia is the Kannaviou Dam in a stunning natural setting. It is a favorite for fly fishing, nature hikes, and outdoor relaxation. 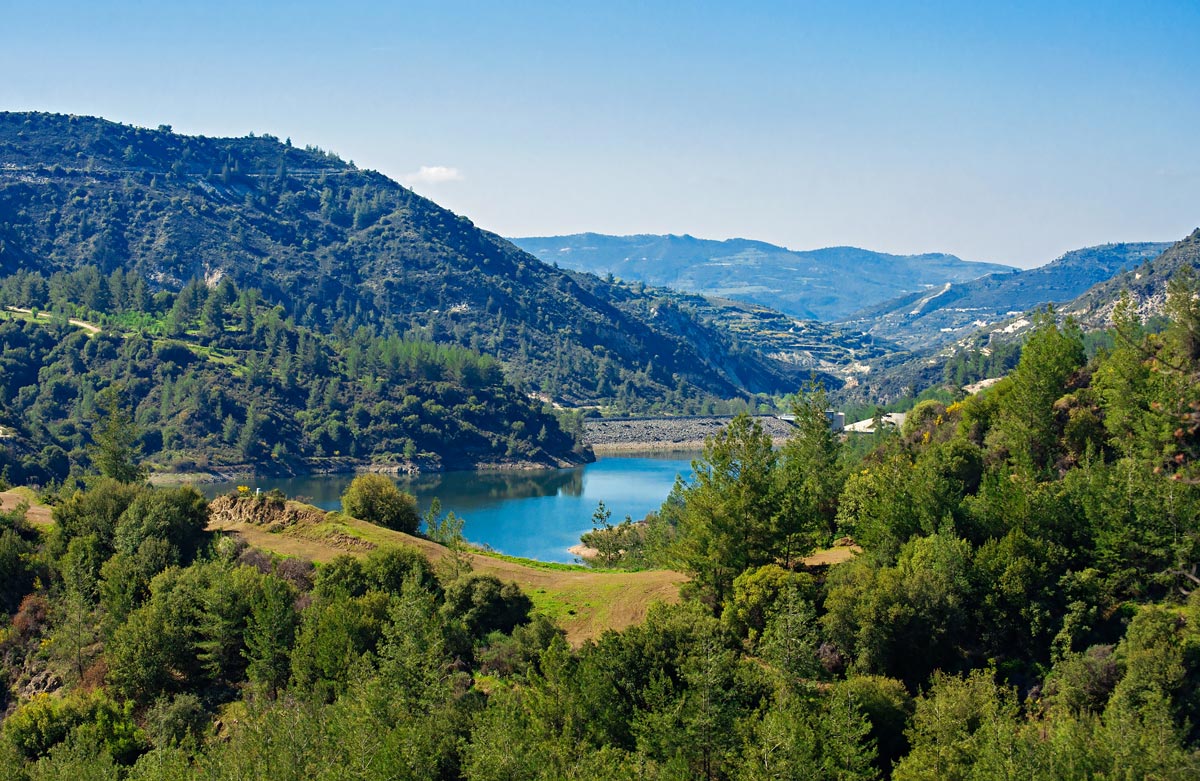 Or, to spend a couple of hours in a peaceful, spiritual setting, you can also visit the Kykkos Monastery, just north of Mylikouri. Just keep in mind that you may meet several tourists and clergymen at the monastery, as this is the burial site of the first President of Cyprus, Archbishop Makarios III, who started his ecclesiastical career here as a monk in 1926. The monastery, dedicated to the Virgin of Kykkos dates from the 11th century and is currently the best-known destination of its kind in Cyprus. 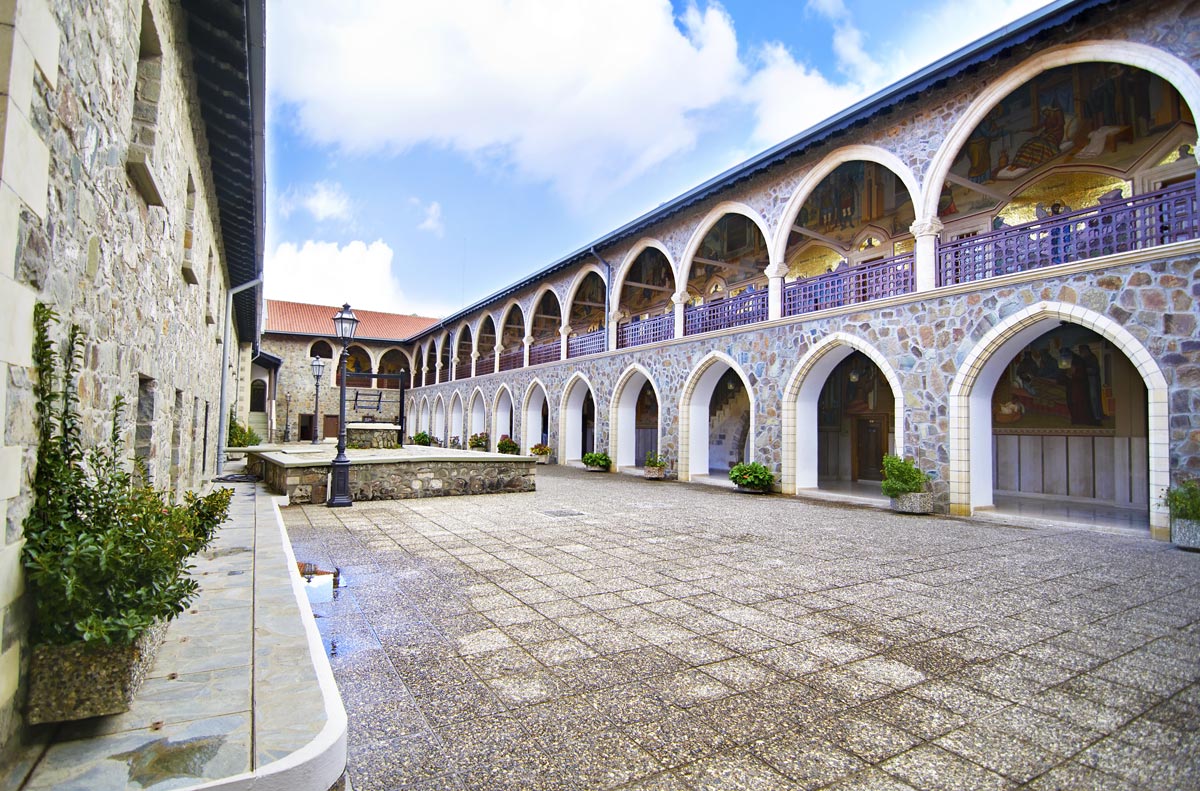 The Kykkos Monastery has its own museum showcasing ecclesiastical items, old maps, prints, artifacts and many other exhibits of cultural heritage of the place.

The monastery enjoys a secluded location in the Paphos Forest, which is a self-regenerating natural paradise. It’s a predominantly pine forest, but there are also other tree and shrub species forming its flora, including golden oak, strawberry trees, wild olive trees, thorny brooms, kermes oaks, plane trees, alnus trees, laurels and myrtles, grassy plants, and the Cyprus cedars. The Cyprus cedar (Cedrus brevifolia) is the only endemic tree of the Cyprus Forests and forms the unique natural forest of the Tripylos slopes and the world famous Cedar Valley. It is also important to note that there are over 600 plant species in the Pafos Forest, including 50 species that are endemic to the island, our of which more than ten are included in the List of the International Union for the Conservation of Nature (I.U.C.N.). The Paphos Forest is also an excellent habitat for orchids like Limodorum abortivum, Orchis sancta, Ophrys levantina, and Serapias vomeracea. 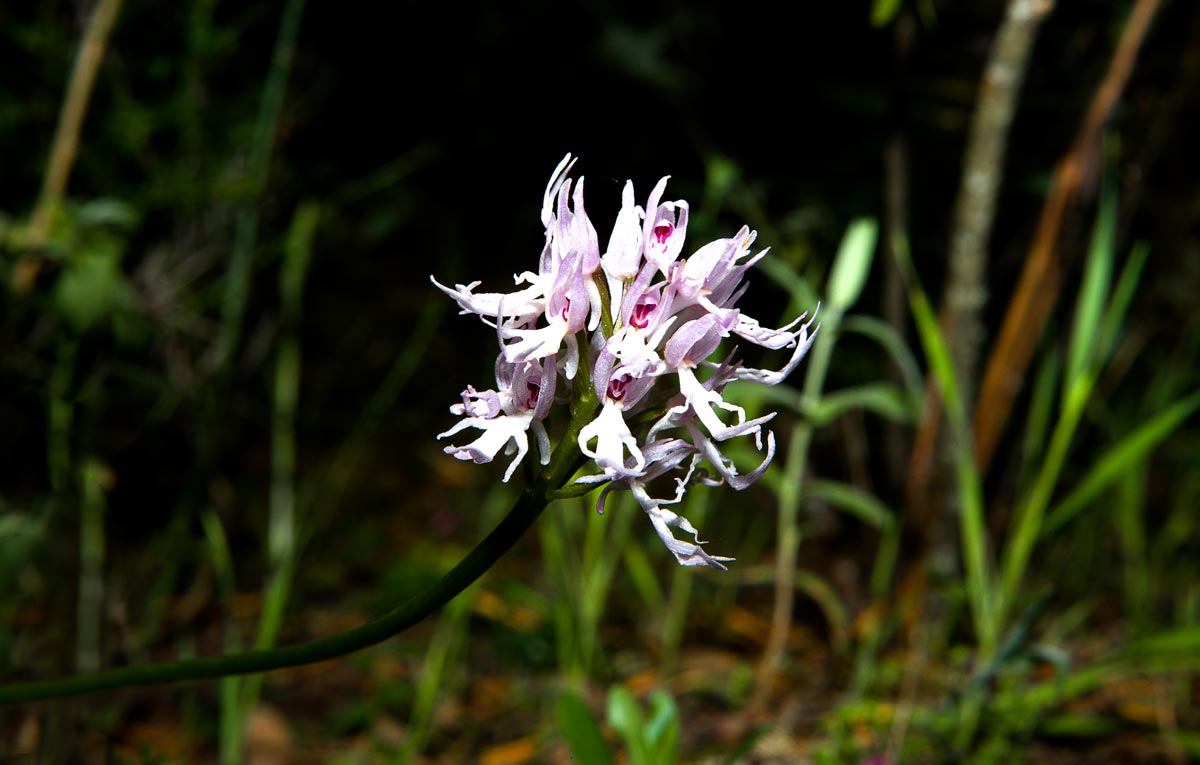 The forest is cut by several rivers, including Dhiarizos, Roudhias, Agia, and Xeros, among many others. Depending on rainfall, you will also see smaller streams. There are also manmade dams supplying local villages with water, as well as many subterraneous springs. The forest has several camping and picnic sites (Stavros Psokas, Agios Merkourios, Gefyri tou Leivadiou, Pomos Monashillaka, Komititzi, Panagia Xystarouda, Mavralis, Pera Vasa, and Agia Kannaviou) , and it is mainly favored for its nature trails. The fauna of the forest is rich, especially known for birds of prey. However, the forest is a natural habitat for the Cyprus Moufflon the largest wild animal on the island. They can be spotted in the Paphos Forest, however, they are shy, and should not be disturbed. The gem and glory of the Pafos Forest, the Cyprus Moufflon is a protected species. For additional information you can contact the Stavros tis Psokas Forest Station at +357 26352324