Have you ever considered Belarus for a leaf-peeping destination? It’s probably the time to add this scenic country to your bucket list.

Large of its territories are covered by leafy forests, that turn into fascinating autumnal hues every season. There are thousands of lakes surrounded by glorious nature, each with its own charm, perfect for nature lovers to hike and to discover the flora and fauna of the place. Despite the 1986 Chernobyl nuclear disaster in Ukraine, which affected the farmland and forests in the southeastern regions, most of the Belarusian land welcomes you in pristine beauty pretty much wherever you go, whether you explore the shores of a lake, or you adventure in a quest along the Neman river. 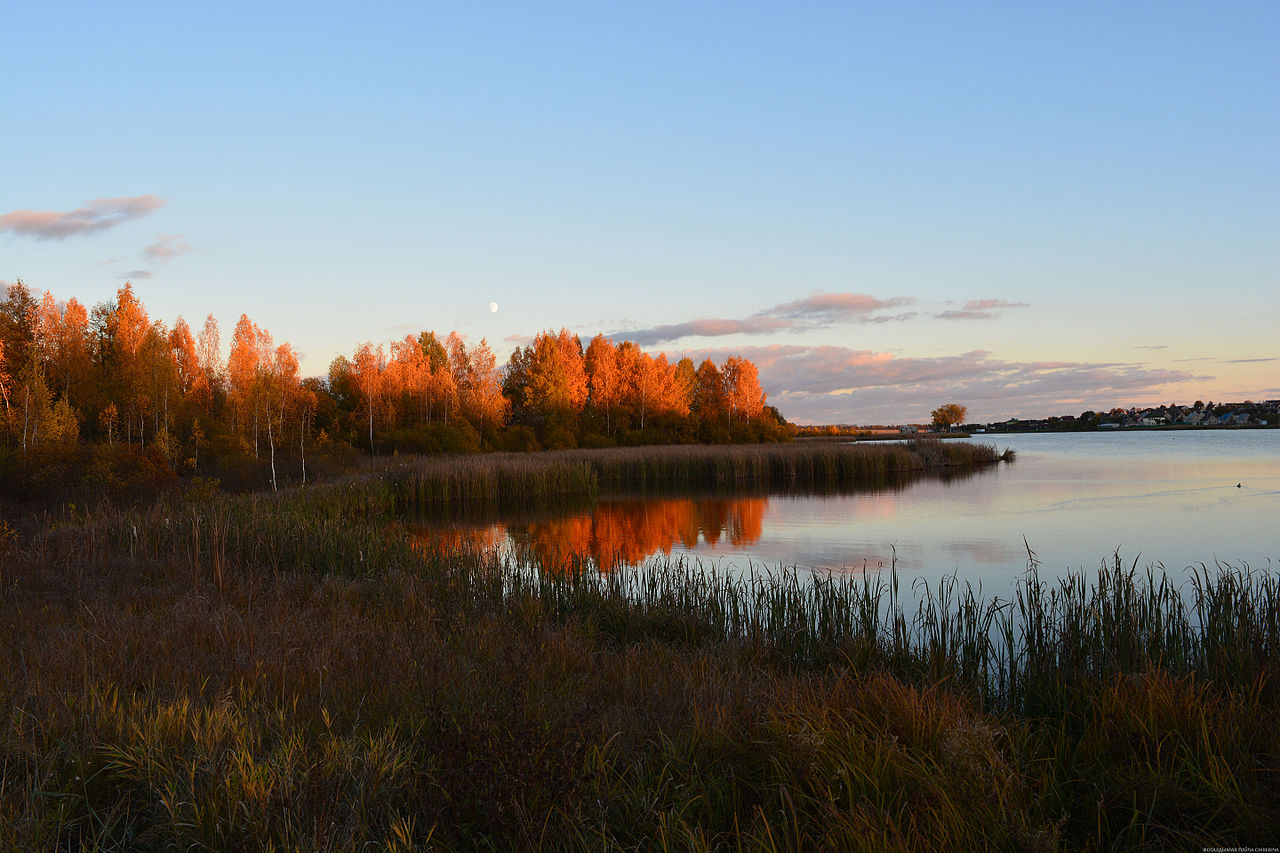 Wherever you go, impressions of the land will trigger strong emotions, as will a visit to the Nesvizh Castle, a UNESCO World Heritage Site with a long history. The first known mention of the castle dates from 1445, although its origins are traced to the XII-XIII centuries. The original construction was made of wood, and the first stone palace was erected during the ownership of the Radziwiłł magnate family in 1583, according to Kiev archives. The castle’s complex history altered greatly its original plans. Structures were added, and the complex was surrounded by gardens and parks that further enhance its appeal. Years of neglect after the first World War took their toll on this enchanting landmark, but the complex was restored in early 2000, and since 2012, when the castle reopened as a museum, the Belarusian fairy tale lives on. 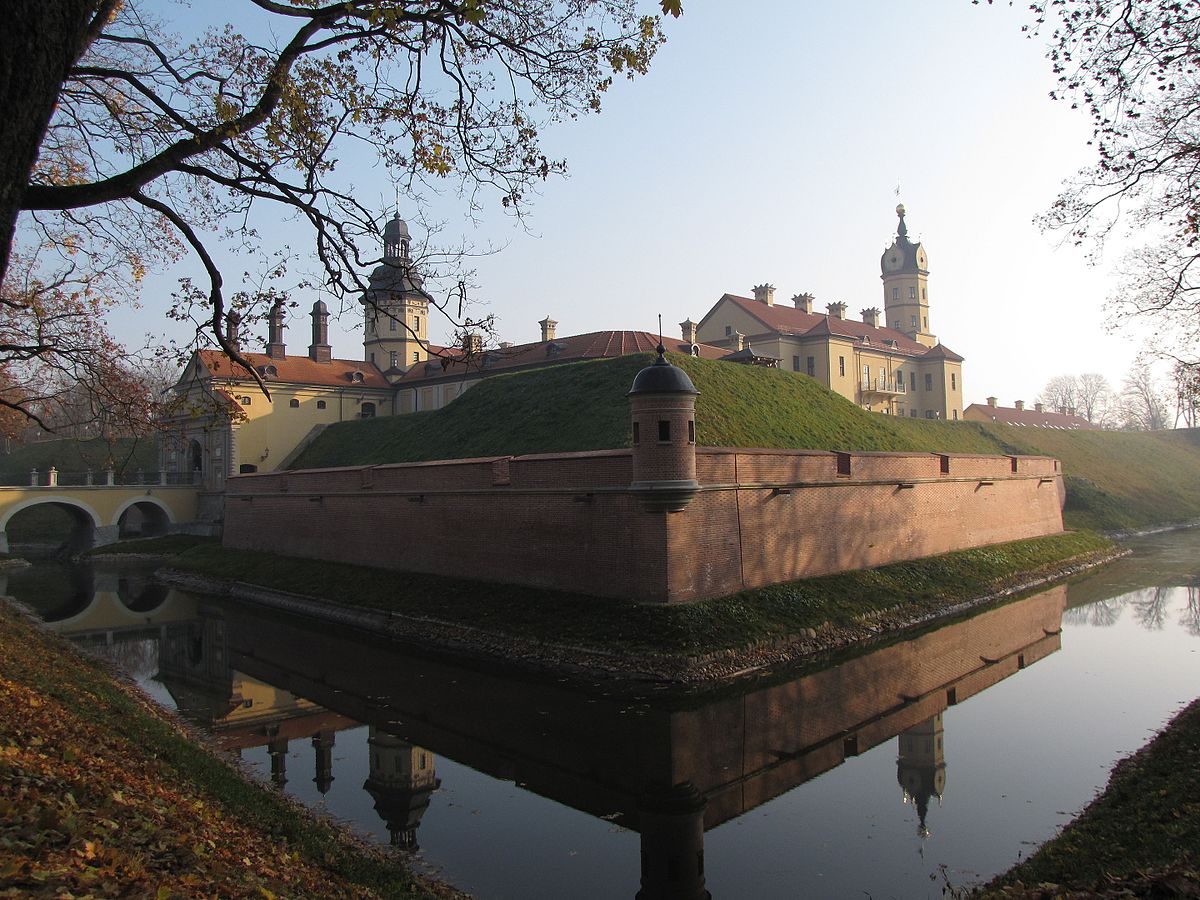 The Nesvizh Castle complex lies at 183 meters above sea level 112 km south-west of Minsk. The castle, surrounded by a defense moat, stands on an island on the river Usha. The museum opened to the public only in 2012, when the town of Nesvizh was named Belarus’ 2012 Capital of Culture, and today the castle is among the best-known tourist attractions in Belarus, a lot due to its UNESCO World Heritage Site appeal.

The Radziwill family complex consists of a residential castle and the Corpus Christi mausoleum-church, along with their landscaped setting. The compact castle has ten interconnected buildings, including a palace, galleries, residence, family archive and arsenal, all of which were developed as a single architectural ensemble around a six-sided courtyard. The buildings are set within the remains of 16th-century fortifications comprised of four bastions and four curtain walls in a rectangular plan, surrounded by a moat. An earthen dam with a stone bridge connects the castle to Corpus Christi Church in the adjacent urban area of Nesvizh. The ensemble of buildings, interspersed by artificial reservoirs and canals of the river Usha, is in a picturesque 100 ha landscape that includes a series of thematic parks and ponds.

Years of neglect and the long restoration period that finally brought the castle back to its former glory made this Belarusian gem only attractive to locals in the know. Efforts of the Belarusian tourist board are now drawing more attention to the site, and visitors are starting to show at the gates of the castle. Besides the historical authenticity of the property and its universal value given by location, architecture, and art adorning the interiors, the castle is also appealing for the beautiful nature surrounding it. Ponds and gardens of leafy green make a refreshing scenery in warmer season, while the fall and winter bring a melancholic aura around the castle said to be haunted by the Black Lady of Nesvizh. 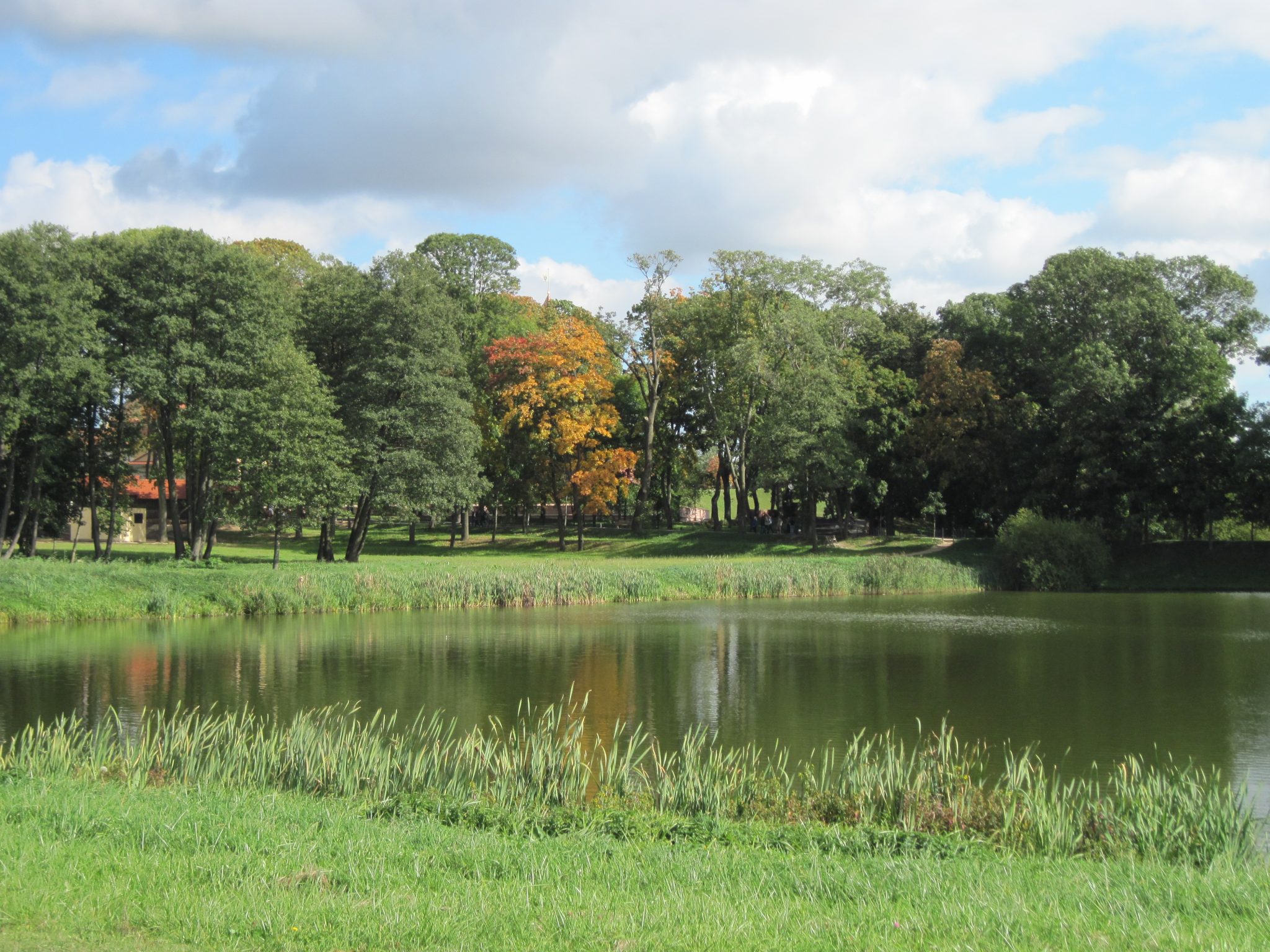 Indeed, what would a castle be without a ghost? When this ghost is the beautiful Barbara Radziwill, Queen of Poland and Grand Duchess of Lithuania (1547 – 1551) the stories tend to become even more interesting. The beautiful queen died young, aged only 30. The circumstances of her death are still causing controversy. Her reign as queen at the side of Sigismund II Augustus only lasted five months, after a secret marriage and early signs of illness. There’s a theory that she was poisoned by her mother-in-law, however not proven. Lagend has it that Pan Twardowski summoned Barbara Radziwiłłówna’s ghost in a room of the Nesvizh Castle to comfort the grieving king, using a magic mirror.

Ghosts and legends add a plus of mystique to an otherwise fascinating attraction. You can spend hours lost on the grounds of the castle and you will always discover something captivating: here the statue of a mermaid guarding a pond, there a monument to rescue dogs, and everywhere beautiful, breathtaking nature. Take time to visit the castle too, to discover the history of the place. There are Polish and Lithuanian influences, obviously, but also traces of local history that make the tale of Nesvizh captivating for history buffs.