In news from Ukraine, the Russian Federation, Greece, and now Turkey apparently intend to facilitate the evacuation of Ukrainian citizens from embattled Libya. In a press announcement from First Deputy Prime Minister/Economic Development and Trade Minister Andrii Kliuev (below), some Ukrainian citizens will now leave Libya via Russian Federation transport. In other news, the world condemnation of what amounts to leader Muammar Gaddafi’s genocide spurs every country’s exodus from Libya too. 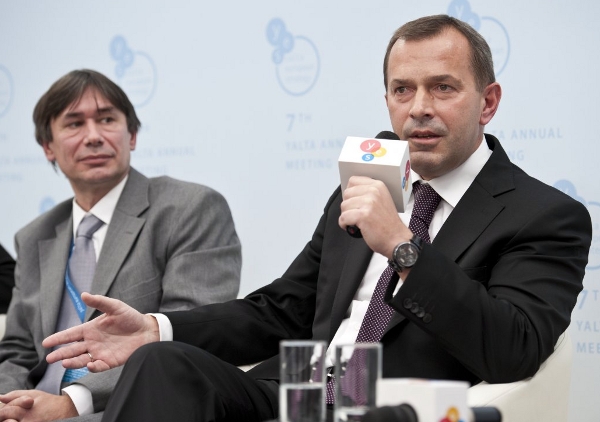 The Russian Ministry of Emergency Situations is expected to return to Moscow later today via air, and a Russian ferry left the port city of  Benghazi (Libya) yesterday and is expected to arrive in Turkey tomorrow. The Ministry of Foreign Affairs also revealed an agreement via diplomatic channels wherein Greek and Turkish ferries are expected to arrive at Benghazi early next week to take on board Ukrainian citizens. All countries mentioned have apparently suspended visa requirements to facilitate the smooth evacuation.

The Ministry also announced instructions for maximum assistance in facilitating the safe return home of those stranded in the Libya situation. Ukrainian news reported previously that the Ministry of Defense and Ministry Emergency Stations would organize special Kyiv-Tripoli-Kyiv flights for said evacuations of Ukrainian citizens from Libya on February 23.

The mass protests demanding Libyan leader Muammar Gaddafi sparked almost unbelievable retaliation toward unarmed Libyan citizens, and now the government there seems to be crumbling. More than 80 people have been killed and no one knows how many have been wounded or detained there. Some human rights organizations claim there are more than 200 dead, but most reporters have been denied access, and the Internet in Libya has been down since the demonstrations began. 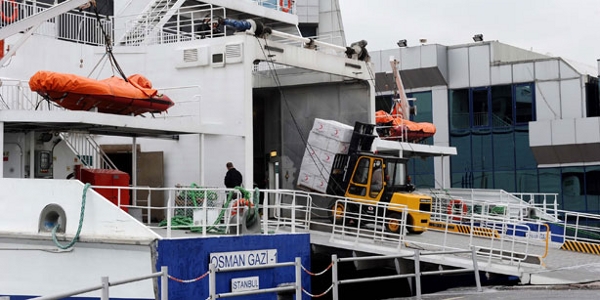 International cooperation on a seldom seen scale is actually underway to ensure the safety of a great many foreign nationals inside Libya. This BBC report highlights the most recent plans by most countries to evacuate people from a rapidly deteriorating situation. The quoted Ukraine section of the report below, illustrates both the need and difficulty of successfully carrying out these humane missions. Many, many people are in harms way in North Africa.

“Ukraine’s government says at least 3,000 Ukrainians are still in Libya, and it has sent a plane to get them out.

A Ukrainian doctor in Benghazi, identified as Iryna, said Ukrainian medics were scattered across Libya.

Ukrainian media report that in towns seized by anti-government protesters, Ukrainian medics have been forced to work in hospitals at gunpoint, to treat people injured in the violence.”

The video below reports on Turkey’s special efforts to get not only their own people out of Libya, but as our report reveals, other nationals as well. We will update this report as news arrives. Many governments have urged their citizens to avoid travel to Libya.

Ukrainians Travel Visa-free to the EU from June
Hike the Snow Mountain: Hoverla in Ukraine Is a Mountaineer’s Dream
Georgia and Ukraine Closer to Visa-free Travel to the EU
How to Decorate a Christmas Tree Like a Ukrainian
Previous: The Digital Future of Hospitality: ConnectedHotel TV by Swisscom
Next: Wizz Air Strengthens Its Markets