Icelandic artist Ingvar Bjorn will attempt to crush a Guinness World Record set by 201,948 artists who contributed to Face Britain, between 19-21 April 2012. His plan is to engage Facebook users to support UNICEF by creating The Largest Artwork in the World. 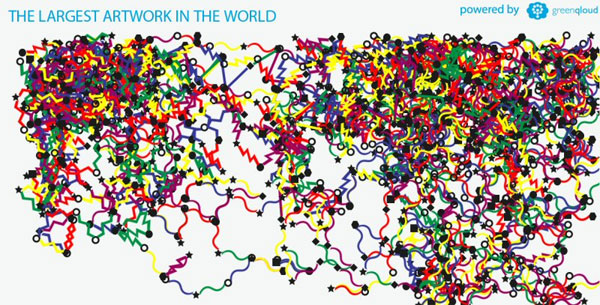 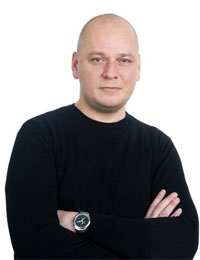 To achieve his goal, the artist has created an application for Facebook, which performs like a brush on canvas. Everyone with an active Facebook user account can participate and make social media history on the special Facebook page for The Largest Artwork in the World.

The campaign for The Largest Artwork in the World will last for 66 days – a day for each year UNICEF has been operating. It started with the President of Iceland, Olafur Ragnar Grimsson, making the first artificial brush stroke on February 7, 2013. After 66 days, The Largest Artwork in the World, will be painted on a real large canvas, in green, yellow, purple, blue, red and white, and auctioned in support of UNICEF.

The artwork is sponsored by Skuli Mogensen, CEO and founder of Icelandic air carrier WOW air:

“It has been a privilege to witness the birth of the largest artwork in the world and to see Ingvar passion and drive to make his dream a reality. We at WOW air are proud to be a part of this great life art adventure.”

So, if you want to be part of this great endeavor, check out The Largest Artwork in the World, and make your mark. There are no restrictions: any user with an active Facebook account can participate, by liking the page, and then checking out the app. You will be given an icon, based on your number of friend, and a special shaped brushstroke, that will unite you with the user before you, and then the user after you.

Let’s hope that Ingvar’s dream to unite the world for the better will become realty.

A Farewell To Another of the Small Gods of Crete, Nikos Zacharioudakis
A Word or Two About Ryanair CEO Michael O’Leary and Other Bean Counters
Expert Viewpoints: Hospitality 2021 and Beyond
Actress, Singer, Songwriter Rita Ora Vacations On Corfu
Previous: Turkish Airlines to Boost Crimea Tourism
Next: #Travel Tuesday Short: A Passion for Boats on the Elbe