Official photo gallery of the Council of Ministers of Crimea Crimea Expo.

Official photo gallery of the Council of Ministers of Crimea

In news from the II International Black Sea Tourism Forum in Yalta, Simferopol Serhat Fil has offered a cooperation in between local governments and private businesses in the Black Sea region. The Manager of the Turkish Airlines pointed to
“Go Crimea” as one of the regional projects that Turkish Airlines is engaging in with the Crimean Ministry of Resorts and Tourism. 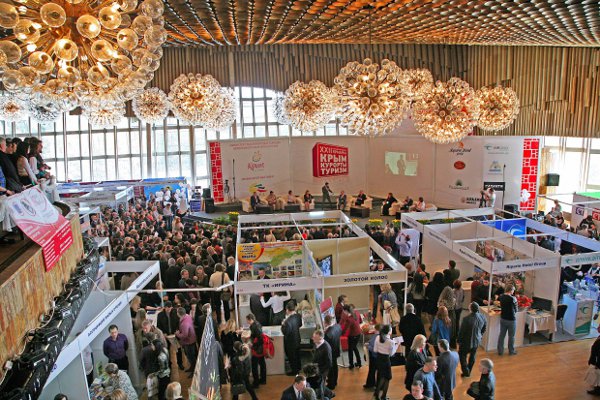 Official photo gallery of the Council of Ministers of Crimea

The Crimea project has as its goals the promotion of Crimean resorts in Turkey, promotion of the Crimea as the region in general. Turkish Airlines will support the opening of the Crimean Tourism Center in Istanbul, along with other interested collaborators. Held within the “Buy Crimean” and XXII International Tourism Fair “Crimea. Resorts. Tourism – 2013” event, the Black Sea forum was a key discussion and element for regional collaboration.

Research Claims Americans Plan to Visit Europe Despite Ukraine Conflict
Rostourism To Create Vladimir Putin Experiences for Travelers
Turkey Wildfires Are the Worst Ever – Experts Say It’s Only the Beginning
TUI Russia Pledges 300,000 Tourists to Vacation in Greece
Previous: Blowing the Whistle on Bad Tourism PR
Next: Ingvar Bjorn Turns to Facebook to Build The Largest Artwork in the World