Where to Go this Summer: Historic Wenceslas Square, Prague

Prague is one of the world’s oldest cities, with evidence of it’s founding going back more than 1100 years. As the political, cultural and economic tides of time have ebbed and flowed, so has the magnificence of the city. Today, Prague is the largest city in the Czech Republic and the fourteenth largest in the European Union. Aside from the enduring presence of the city, Prague has been home to innumerable historic events and people. It was once the capitol of the Holy Roman Empire and home to two Roman Emperors. The Hapsburg Monarchy made Prague their home, as did the Austro-Hungarian Empire at one point. Numerous religious and political reformations count the city of Prague as playing a major role in change as well. 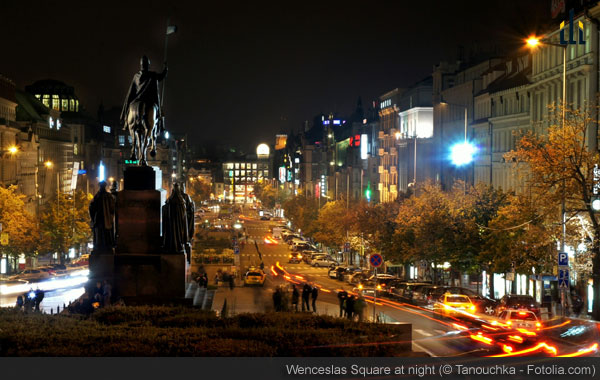 Where there is history, there are historical monuments, architecture, museums, galleries, and memorials – and Prague is loaded with them. Wenceslas Square has played, and still does play, a major role in the heritage of Prague. Designed as more of a boulevard than a square, it is named after Saint Wenceslas the patron saint of Bohemia and is a UNESCO World Heritage Site. The square stretches a little less than half a mile from one end to the other. Crowning the southeast head of Wenceslas Square is the magnificent Czech National Museum, which is considered a heritage site all on its own. Founded in 1818, the museum is now home to more than 14 million artifacts housed in the glorious grand neoclassical architecture characteristic of Czech neo-renaissance. 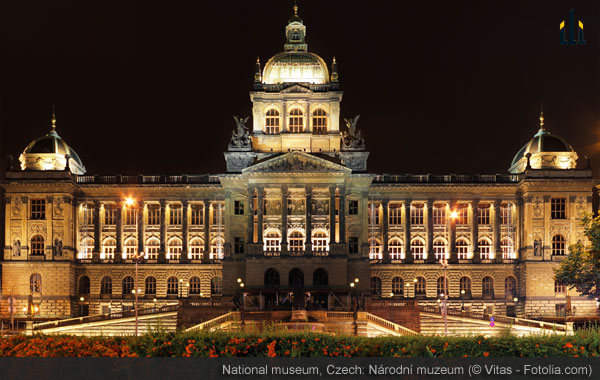 The Statue of Wenceslas

The National Museum may be the crown on Wenceslas Square’s head, but the buildings and sculptures that line it, and that reside along the boulevard, are just as majestic. In front of the museum is the very famous statue of Wenceslas on a stallion, also accompanied by other Czech patron saints, such as Saint Agnes of Bohemia and Saint Adalbert of Prague. At number four on the boulevard one will find the Lindt building, styled in ‘early constructivism’ – a decidedly Czech form of architecture. 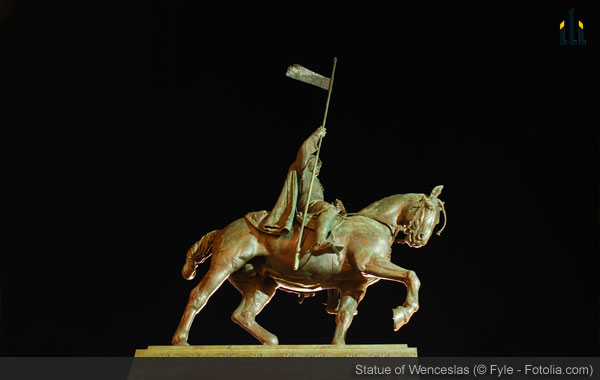 Up and down Wenceslas Square there are dozens of markers of history, either in design, monument or architecture. They are all markers of what has passed through or occurred on the cobblestones of the boulevard. In 1348, Bohemian King Charles IV established the square and the Horse Gate at which he stood, still exists today. In 1918 the proclamation of independence of Czechoslovakia was read. During World War II, the Nazis demonstrated in Wenceslas Square. In 1969, the Czech national ice hockey team defeated the USSR in the World Championships and Wenceslas Square was the site of jubilant celebrations.

In North America, buildings and monuments erected during the 19th century are generally considered ‘ancient’. However, and in light of the Czech National Museum or the founding date of Wenceslas Square, nothing built in North America by anyone of European descent is ancient. For the real ancients and with regard to the genuine old world stories of our world, Europe has it all. Anyone with a love of antiquity, art, architecture and culture, would do well to explore the streets of Prague – where the history is in every cobblestone of Wenceslas Square.

Join Diamond Resorts International at the Hapimag Prague Resort located just steps away from the jeweled walls of the historic St. Wenceslas Chapel. For more information about accomodations and amenities visit us at https://www.diamondresorts.com/Hapimag-Resort-Prague