Working Together with Turkey, Key to Greece Tourism Ministry 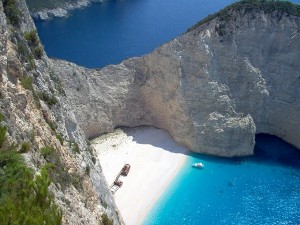 The financial crisis has been taking its tremendous toll on Greece and the tourism industry has also been affected by it. Political instability and financial worries might have not been enough to scare travelers off, but prices have fallen and all those still visiting the country mention shop, restaurants and other venues where tourist could spend more being massively closed. In short, Greek tourism went from being one of the heavy lifters of the economy to barely surviving.

The newly appointed tourism minister of Greece believes focusing on the country’s cooperation with Turkey in the solution to the tourism industry’s financial troubles, thus making it the main priority of her cabinet, as she explained to the Hürriyet Daily News. Olga Kefalogianni also promised to put more effort into facilitating Turkish travel to Greece.

Other than stimulating visits between the two countries, the minister also sees possibilities of working together on joint investments into the tourism sector, common campaigns to attract tourists from other countries. She mentioned Turkey is not a competitor, although that’s exactly what a foreigner presented with the options Turkey versus Greek by travel agents would believe, but a partner.

“This is our main priority. … Our efforts will be to facilitate the acquisition of visas with less bureaucracy and as fast as possible,” Kefalogianni said, as the ministry introduced a new visa regulation, on a trial basis, which makes it easy for Turkish tourists to visit five islands close to the coast of Turkey.  “Right now we are in a trial period. We want to see how it will work in order to implement it even more thoroughly if we have good results, which we hope we will have.”

Up to know, the prior lifting of visa requirements for green passport holders has proven to be a great strategy, as it led to spike of 180% in the number of Turks visiting Greece in 2010. Yet Greece’s options in what visas are concerned are quite limited by their being part of the European Union Schengen visa system. Kefalogianni stated Greece will have to find ways to keep making it easier for Turks to visit the country while complying with the Schengen regulations. Fortunately, visas are not the only area where the two countries can collaborate.

“For us it’s also very important to work on joint projects. When we are talking about overseas markets, like China for example, people who would come from the other side of the world to visit our countries, it is self-evident that if we could provide a joint package this would mean joint benefits. This is definitely something we are aiming to work [on] and this will help the economies of both countries,” she said.