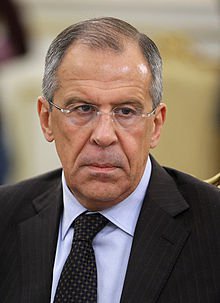 Russian Foreign Minister Sergey Lavrov echoed concerns that the European Union is stalling on a decision on the long awaited EU-Russia free visa issue. Lavrov, speaking at a meeting of the Association of European Businesses last Monday, suggested the delays have been purely political.

At the center of Lavrov’s and Moscow’s contention, the fact Russia is not a member of the so called EaP seems central to indicate the EU is committed to a divergent course. The EaP is a group of former Soviet republics, or so called “Eastern Partnership” of nations. The biggest problem with that Prague agreement being, the group of nations is under the direct control of the European Commission, without its own secretariat. The EaP, Moscow says, is nothing more than an attempt by the EU to build another expansion of the EU’s sphere of influence.

If the Moscow sentiment is true here, then Lavrov’s suspicions prove out as he was quoted as having said; “a purely politicized approach that fails to take into account what Russia has done to ensure the safe introduction” – pointing to all the hurdles the Russian Federation has crossed in seeking the visa easement.

The upcoming meeting of the Council of the European Union in Luxembourg will discuss, in part, what they call “taking stock of developments in the Eastern Neighbourhood”. According to the reports, Lavrov will be discussing issues with his “counterparts” today, in anticipation of the schedule of topics next week. He went on to suggest:

“I would like to hear some assurances that our suspicions are groundless. I would also like to see some steps that would dispel these suspicions, not just in words, but also in deeds.”

Of special note on these upcoming meetings, on Tuesday the council is scheduled to discuss what is termed a Cohesion Policy, wherein cooperative issues between EU and border states is discussed. It seems logical Lavrov’s efforts would be directed at influencing such discussions and potential legislation. This particular discussion (PDF) will be a public deliberation, and carry a special impact due to the nature of “cohesion” sought.

These discussions essentially deal with economy issues and in particular funding, crucial influential aspects of any European political nature these days. The Russian Federation will no doubt be watching very closely any moves by the EU that “appear” negative, and leveraging finances and even jobs in EU neighbor states will have an impact on the negative political side, where EU-Russia affairs are concerned.

Finally, of interest to some readers perhaps, it is interesting to note that Lavrov is considered a brilliant diplomat despite the fact he is more of a civil servant than politician. Perhaps this explains a bit how Vladimir Putin chosen exhibits what seems like disdain for overly politicizing what some believe should be a mutual “win-win” for all concerned. Some feel that all the arguments against free-visa EU-Russia are boundless compared with the mutual gain to be gleaned. Also, there is wide academic concern of the efficacy of the so called Eastern Partnership, the ends of which seem to make the EU’s $600 million in earmarked funding more of a buy-off than a viable cohesion plan. But then, there are two sides.

We will keep you updated.