The US Centers for Disease Control and Prevention raised its travel health alert to Level 3 for Guinea, Liberia and Sierra Leone, and to Level 2 for Nigeria. British Airways and Emirates have already cancelled flights to destinations in these countries, probably to be followed by other carriers.

“The air transport industry has dealt with several outbreaks of communicable diseases in recent years. The global response to communicable diseases is governed by the WHO’s International Health Regulations. Airlines follow guidance material which has been developed by WHO, ICAO and IATA,” said IATA in a statement.

The World Health Organization (WHO) states that:

The risk of a tourist or businessman/woman becoming infected with Ebola virus during a visit to the affected areas and developing disease after returning is extremely low, even if the visit included travel to the local areas from which primary cases have been reported. Transmission requires direct contact with blood, secretions, organs or other body fluids of infected living or dead persons or animal, all unlikely exposures for the average traveler. Tourists are in any event advised to avoid all such contacts.

The CDC also released a map with the current affected areas: 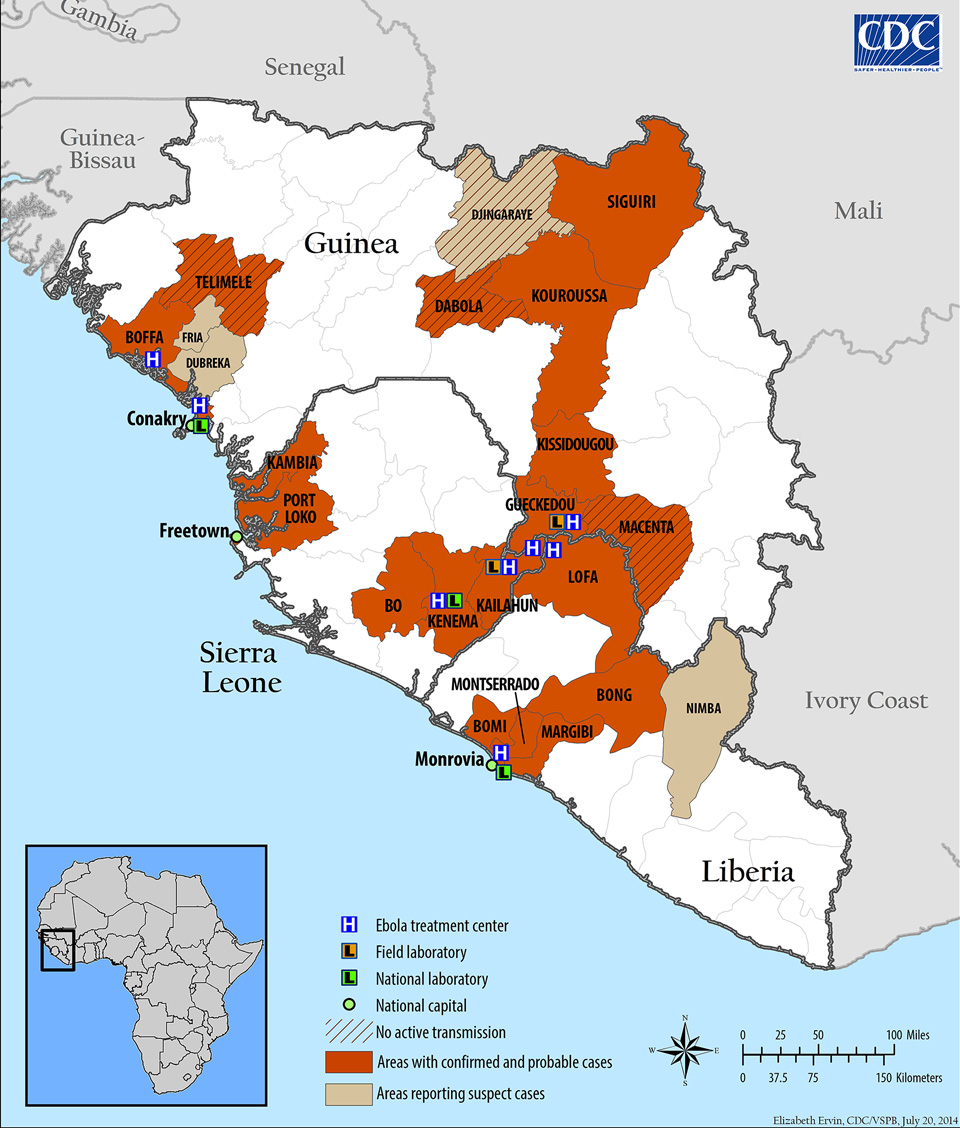 Currently, the affected districts in Guinea are Conakry, Guéckédou, Macenta, Kissidougou, Dabola, Djingaraye, Télimélé, Boffa, Kouroussa, Dubreka, Fria, Siguiri, and Pita. These are areas that should be avoided by travelers, and healthy residents.