The slamming of the free visa door for selected citizens? Courtesy © FMTURRINI - Fotolia.com

Two news bits today concerning Germany’s disposition toward migrants and visitors draw further attention to key Schengen and visa discussion. A report via EurActiv speaks to one side of the German and EU PR aspect, the Roma people being the subject on the one hand. At the other end of Germany’s public relations woes, news that second generation Turks in Germany are headed home suggest the German state is in an exclusivity mood toward some. 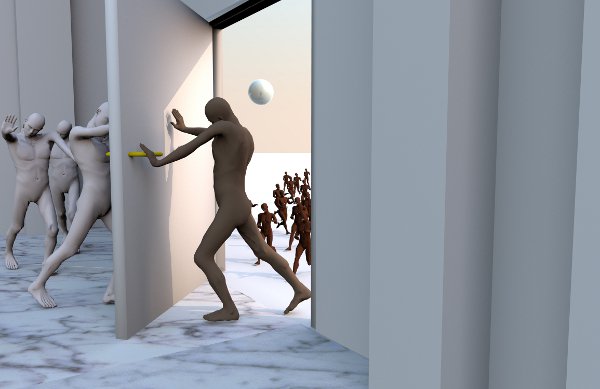 The slamming of the free visa door for selected citizens? Courtesy © FMTURRINI - Fotolia.com

The so called “Roma problem” we read about almost daily basically boils down to those people once referred to as (Romani) gypsies migrating to find jobs and a better life outside their countries of origin. Often confused as being purely Romanian, the Roma are actually a predominant ethnic sub-group who live in East and Central Europe. Having thought to have migrated over a thousand years ago from the India sub-continent and South Asia, the Romani are so often treated with great negativity by other ethnic groups. Without getting into the specifics, suffice it to say Roma has been under the gun in the UK, France, Germany, and elsewhere over the supposed “drain” they might cause on social systems across Europe.

Though no one has significantly proven Roma migration has any drastic detrimental effect on social welfare economies, the EurActiv article is the latest in a series shining the spotlight on the term “benefit terrorism”. This variant though, bears the added negative connotation of German economist Hans-Werner Sinn, president of the Ifo Institute at the University of Munich, who proclaims the Roma will erode the German welfare state. With the European Commission contradicting such claims, some experts are left wondering just how German ideologies on these matter can reconcile with those of other EU nations. 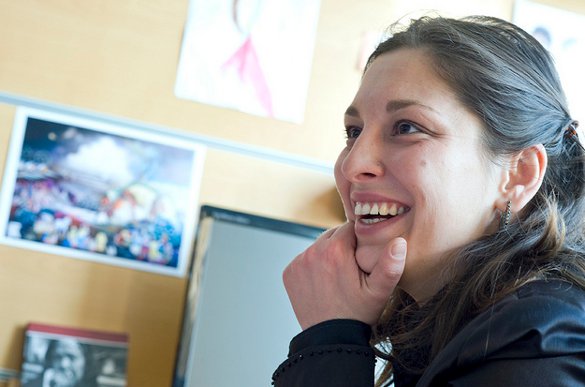 Roma MEP Lívia Járóka is a proud Roma who has taken valiant steps to alleviate the poverty of her people. While officials in Germany and elsewhere in the EU focus on the negative, many EU leaders focus on fixing inequality. Image courtesy European Parliament

To sharpen the focus on the divergent German view here, an article on npr entitled; Foreigners At Home: Turkey Beckons To Germany’s Turks is illustrative of a Germany seemingly running off second generation Turkey migrants with less than hospitable actions toward them. Put bluntly, Peter Kenyon’s article speaks volumes from Turkish voices raised in disgust over the way Turks are now treated. In effect, things have gotten so bad for the Turkish in Germany that their native land seems all the more attractive. What we may see in the coming years is a reverse migration away from what is now Europe’s most economically sound state.

In the 1960’s West Germany desperately needed workers from Turkey and other nations to ramp up the workforce in the wake of the effects of WW II and partitioning. Today Turks and other immigrants to Germany have experienced being considered “second class citizens” all along. After the wall came down a rise in neo-Nazi violence against immigrants, along with continual anti-migrant sentiment convinced many Turks to leave Germany. While many Germans may be breathing a sigh of relief over a sort of new-found social cohesive here, the negative PR for Germany will probably be far more detrimental than any Roma welfare terrorism imaginable. 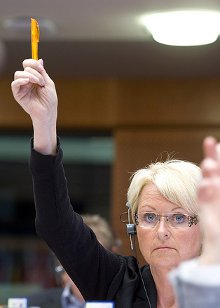 Interestingly the largest Roma population in Europe is actually in Spain, not Romania, Bulgaria or even Russia. Citizens of the EU like all others, the Roma suffer a special brand of exclusion. Of course there are abuses by not only this ethnic group, but many others, but Roma people’s are the focus of the most virulent and dangerous racist negativity. If Turkish people feel the edge of the racism sword, Roma and some other groups must experience piercing fear. This article in The Budapest Times reveals another Hungarian daily newspaper, Magyar  Hírlap, which  published a column by journalist Zsolt Bayer that called Roma “animals” that “need to be eliminated… right now by any means”. What’s even more scary here is that this Bayer is reportedly friends with the Hungarian Prime Minister, not some off-the-well extremist.

In conclusion, our own staff have been somewhat immersed in studying the Schengen visa, free Russian Federation Visa, and so-called “third country” visa situation for a couple of months. This story on Epoch Times by Everything PR News’ founding editor Mihaela Lica speaks of a Georgian national detained on what appeared to be a technicality. Most of her money seized for an alleged fine, Nino Basinashvili is a grandmother who has visited her daughter and granddaughter in Germany back and forth for over a decade. About the time Bundespolizei Munich was lauding having intercepted some 500 plus people trying to pass in or out of the Schengen zone for one offense or another. This story via presseportal.de describes what appears to be a sort of ongoing dragnet to snare people at the borders leaving room for significant human rights issues to arise.

The problem with this article is not that the EU or the Schengen countries are trying to protect their borders, or even that tracking criminals is an increasing focal point, but that mistakes are made all during the process. Now, factor into this matrix of potentially volatile or controversial ethnic inequality, and what you have is the making of a PR nightmare or worse. If one reads the press release from Germany’s border police mentioned what rings out is not some complex border security campaign to capture Al Qaeda operatives, but some system put in place to collect traffic fines across Europe. At least the appearances would suggest so. On the migration issue, France went so far as to stop trains thought to carry North African immigrants from crossing the France-Italy borders.

Our investigation continues where once we thought a Russian free visa blockade was the impediment to good European relations overall – into what more and more looks like an ill advised attempt to snare or classify some unseen enemy. The overall effects on all fronts, don’t say a lot for a sound European Union. Meanwhile German Interior Minister Friedrich just visited the US with the specific goal making entry into the EU more difficult, rather than less so. Opposition media claim Germany is using the Boston bombing to bolster support for still more exclusionary tactics at EU borders.