City Mapper: An Idea Worth the Big VC Bucks

As you can tell, Citymapper has suggested my quickest route Citymapper

As you can tell, Citymapper has suggested my quickest route

Tnooz reported last week the urban transport app Citymapper having received Series A funding from Balderton Capital and other VC of $10 million. Taking a closer look it’s pretty easy to see why the app is worth the big bucks. 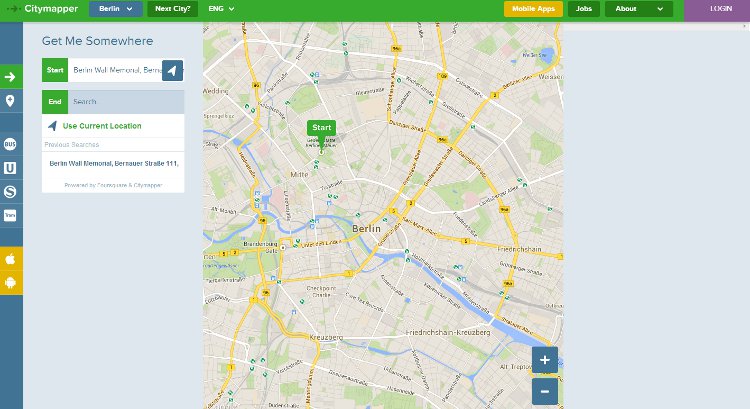 According to the news, Balderton Capital. Connect Ventures, Index Ventures and Greylock Partners put up the funding to roll out more development pieces for user experience and other product development plans. Currently only available in  London, Berlin, Paris and New York, Citymapper leverages public transport information to provide transport options for users.

Not the first, nor the last app startup to try and convert mass transit peeps, Citymapper is certainly one of the best I’ve seen. Unlike many startup apps, this one actually put up a desktop friendly versions so I didn’t have to download the app. As you can see in the image above, the system automatically put me in Berlin, since I’m just outside Trier, in Germany. The simplicity and crispness of the UI grabbed me instantly. I was asked where I wanted to get to, so I chose a current location of the Berlin Wall Memorial. 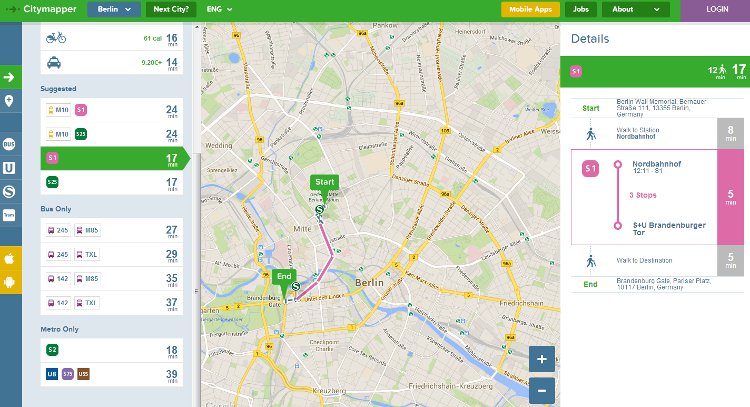 As you can tell, Citymapper has suggested my quickest route and options galore

The screenshot above reveals one reason venture capitalist showed so much confidence in this app. Almost instantly, Citymapper showed me the best case scenarios for getting from the Wall to the Brandenburg gate. Taxi, tram, or bus, or all combined with short walks, the app shows the route, stops, and time differentials clearly and neatly. The system even shows the nearby bus stops and the next scheduled buses.

My take: For once in a good while the money people (VC) bet on something with real and potentially lasting value. I’m not usually so enamored with geo-location apps, but Citymapper taken to the logical extreme, helps people and businesses make use of digital tech. What’s especially promising is, this is the sort of mobile connectedness us digital evangelists have preached about. It’ll be fun to see how fast the developers add cities – and the brethren of users.

Nice job Azmat Yusuf, your team is doing a great job so far. That Google expertise with maps is shining through. :)