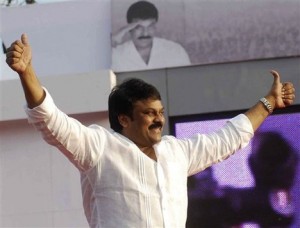 India is getting itself a new Minister of Tourism in the shape of legendary Bollywood actor-cum-politician Chiranjeevi, who returns following almost two years in the political wilderness.

The Times of India reports that 57-year old Chiranjeevi has a tough task ahead of him as he attempts to transfer the magnetic appeal that won him millions of adoring fans across India to a more critical foreign audience that he must woo into visiting the country.

Even so, India’s tourist industry is in a pretty healthy state of affairs these days, with visitor numbers totaling 6.18 million in 2011, a number that is expected to rise before 2012 draws to a close.

Chiranjeevi, who was officially appointed as Minister of State with Independent charge of Tourism, will have the backing of millions of fans across the country, despite a somewhat tumultuous political career to date.

Having been such a hit at the box office, Chiranjeevi came down to earth with a bump when he first entered the altogether more challenging arena of politics with the establishment of his own, short-lived Praja Rayjam party. Contesting several state elections up and down the country in 2009, the party won less than 20 seats, with Chiranjeevi himself losing in the vote that he contested.

Sadly for Chiranjeevi, the former Bollywood star’s undoubted charm failed to shine through his lack of political experience, and following those elections the Praja Rayjam party was merged with the India National Congress (INC) – the same entity that Chiranjeevi had previously declared to be his main political foe.

Chiranjeevi himself dropped out of politics in February 2011, and so his return now as a fully-fledged minister in the INC comes as something of a surprise.