Bulgaria Unearths Thracian Gold at the Tomb of Sveshtari

Archaeologists in Bulgaria have unearthed a horde of gold treasure believed to be almost 2,400 years old at an ancient Thracian burial site in the north of the country.

The haul was discovered on Thursday, by archaeologists excavating a site near the village of Sveshtari, about 400 kilometes north-east of the capital Sofia, reports The Guardian. 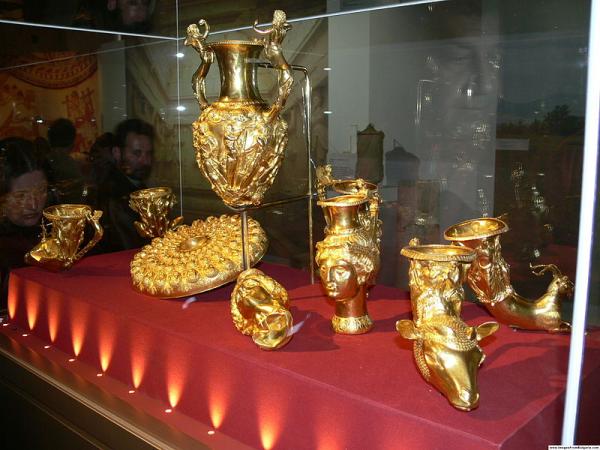 According to team leader Diana Gergova, head of the expedition at the Getic burial complex, the artifacts included dozens of gold jewelry pieces, including a tiara with reliefs of lions and other animals, a gold ring, 100 golden buttons, 44 female figurines,  four bracelets and applications for horse trappings.

The Thracians ruled over a massive empire that includes parts of modern day Bulgaria, as well as Greece, Macedonia, Romania and Turkey, from around 4,000 BC to about the 7th century AD – an astonishing duration encompassing almost 5,000 years. They lived on the fringes of Ancient Roman and Greek civilizations, but often clashed and traded with those more advanced societies. Eventually, most Thracian tribes were subjugated and assimilated by the Romans, and later, the remaining tribes fell to invading Slavs.

“These are amazing findings from the apogee of the rule of the Getae. From what we see up to now, the tomb may be linked with the first known Getic ruler Cothelas.” 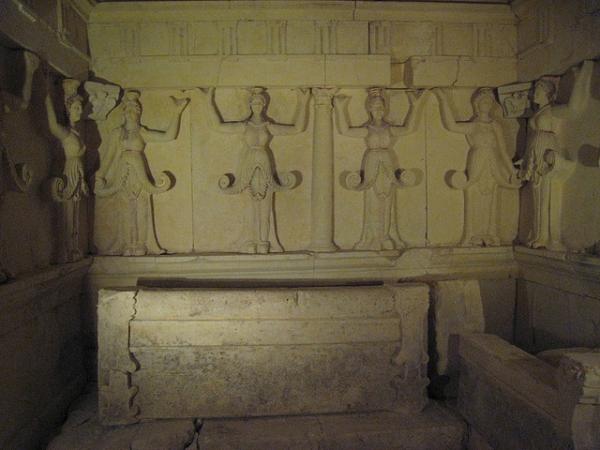 One of the tombs at the site has already been listed as a UNESCO World Heritage Site. Known as the Tomb of Sveshtari, it was included for its distinctive architecture, which includes female, half-human, half-plant figurines and dozens of ancient murals.

The artifacts are just the latest find in Bulgaria’s Thracian tombs. Just two weeks ago, archaeologists at a different site uncovered what is believed to be Europe’s oldest town, which still had intact fortifications and is believed to be located next to an ancient salt mine.

The finds are extremely important as very little is known about Thracian culture – they possessed no written language and so few records of how they lived have been preserved.