BBC Travel: The Latest and Comparisons

The travel team at BBC has just launched a new version of their website aimed at heightening user experience.

If you ever needed a smartphone or tablet view of sucky traffic conditions to get a better idea of getting around, BBC’s new site is a simple way to take gander at what’s up ahead. A bit over simplified in many ways, the tablet and mobile oriented BBC Travel tool does help visually and map stimulated people get by the worst of the daily grind for Brit transport. But is it a traffic killer? 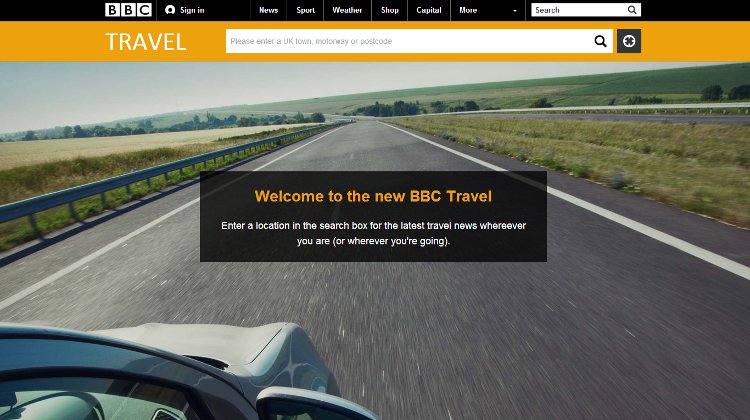 True to their claims, the new website is loaded for bear with UI enhancements and features to help travelers along the UK’s highways and byways navigate. I’ll have to admit, it would be nice of BBC would do this for the rest of Europe. But over simplification lends itself to ease of use. The big question for BBC Travel fans might be, is there a better solution out there? Here in Germany, and nearly everywhere else, apps like Google Maps and tools like Waze are pretty commonplace. To quote one report:

“What makes it stand out from the rest is the fact that it provides real-time information on traffic and any other incidents on the roads. This app automatically connects its users and is thus able to gather information that affects whichever route you may be using or want to use. That way, you can make a much better decision on which route will get you to your destination on time.”

As for BBC Travel, it’s designed to fit most screen sizes in a responsive way (not perfectly mobile that is) smaller devices get the “list view” instead of the more useful map look. I can’t say this is more helpful than a dozen other apps our there, or even your phone’s nav aspect. The team claims this makes BBC Travel more user friendly, but that is a matter of perspective.

The blog claims there’s a substantial difference between the old version and this new, in particular the vastly simplified and (intuitive? PR fluff) nature of the tool. Navigation is, of course, simplified given it’s just a map with some pins anchored to text. Seems to me their claim to have worked a year on this amounted to stripping it down and skinning the landing a bit. But I could be wrong.

Overall score from this traveler – 4 on a scale of 10