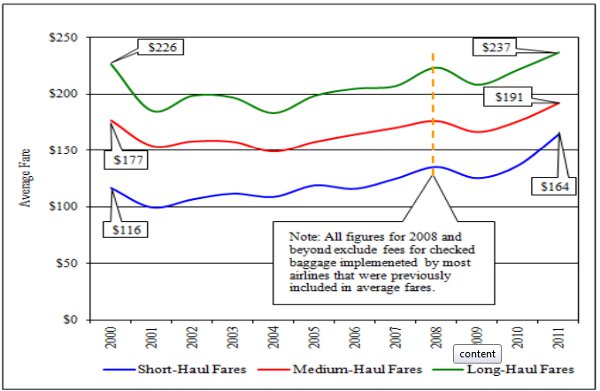 Bureau of Transportation Statistics chart via the DOT report

Open Allies consumer advocacy efforts are often in the news. Hidden charges monitoring and a constant monitoring of DOT moves has set the organization at the forefront of fare fairness, especially where online travelers venture. Hidden and semi-hidden fees costs travel service consumers in the billions every year, and the latest DOT reports (PDF – see chart above) on the airlines seems to confirm many carries “supplement” there revenue by tacking on fees. In reaction to this Open Allies executive director David Kelly responded just the other day:

“The Inspector General’s report once again confirms that fees are a growing reality of air travel.  As a result, it is imperative that consumers be provided with airline fee information in a transparent and purchasable format so they can calculate the true all-in (fares+fees+taxes) cost of their travel.  Unfortunately, the airlines are currently refusing to provide this information to travel agents and online travel sites which account for more than 50% of all air travel booked in the U.S.  It’s time for the Department of Transportation to step in and issue a pro-consumer rule requiring the airlines to share fee information in a purchasable format in all the channels through which they sell their airfares.”

Now the new report via Open Allies highlights what is perhaps a growing awareness by consumers. According to the news some 31% of those who used OTAs to book felt they paid fees that were not appropriately disclosed this Summer, or roughly 5 million travelers is the figures hold true. Kelly went on to elaborate on the report:

“Millions of travelers should not have to experience the frustration of unexpected fees because the airlines refuse to share this information with online travel sites and travel agents.” 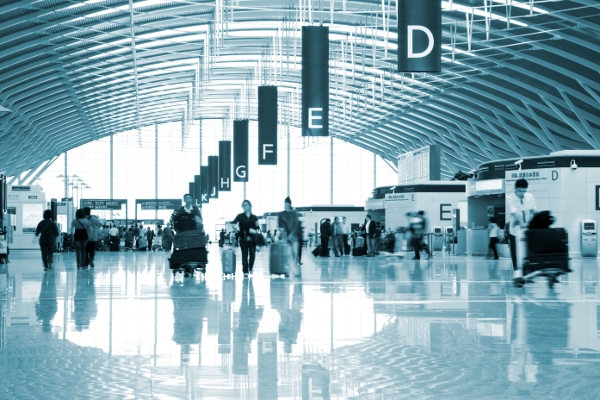 The report from the DOT goes on to show the rather drastic increase by the airlines to tack on additional revenue streams (fees). According to the DOT revenue for said fees increased between 2000 to 2010 from $3 per round trip flight in 2000 to better than $22 dollars in 2010. Total airline revenues from additional baggage fees alone in 2011 were estimated to be in excess of $2.7 billion. Almost every major airline, with the exception of Southwest which has no added fees of note, added some kinds of additional charges.

According to Open Allies, most of the fault for consumer woes here sits on the shoulders of the airlines themselves. Charles Leocha, founder of the Consumer Travel Alliance, illuminates so:

“These survey results clearly show that consumers are being harmed because the airlines are refusing to share fee information with popular online travel sites and travel agents which account for more than 50% of all travel booked in the U.S.”

You may not believe paying added fees without having full knowledge is a big thing. However, AARP and other organizations are watching this situation closely. Fees for just about anything imaginable can be levied on consumers if there are no watchdogs out there. Charging extra for pillows is one thing, charing $25 bucks to book with a humanoid via phone, this is quite another. 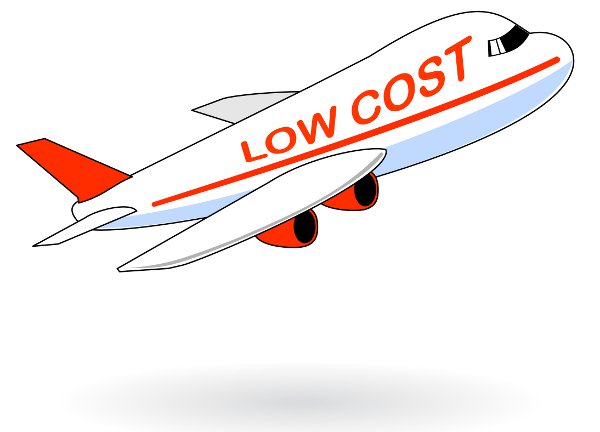 It’s obvious the airlines and other travel businesses have to turn a profit. However, being open about what your company is delivering on and for how much, this is at the core of fair commerce in the first place. Just the insinuation a company is hiding fees, I think we all know how that sits. Personally, it just feels like stealing when anybody takes my money without an explanation. How bout you?