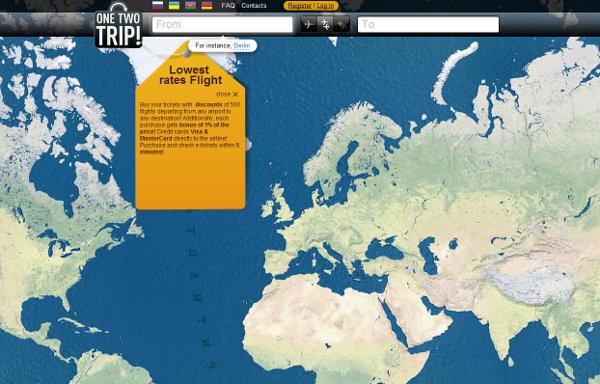 Then I landed on OneTwoTrip. The website, looking a bit like the Finland Tripsay innovation of the last decade, almost made me leave immediately. Then something said; “Be fair, check the UI.” You are reading this, so I guess you know the Moscow based developers got something right. As you can see below, not only does the user get a wide array flights to choose from in between Frankfurt and St. Petersburg (Russia that is), the results are a lot more crisp and differentiated compared with many other booking portals. 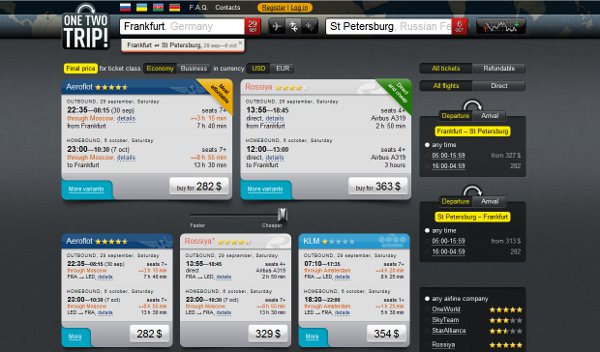 And a quick click, BINGO! your results are instantly displayed in Euro, if you so desire. Filtering, this was or that way choices, the UI is pretty dog gone flawless when situated alongside so many clunky travel entities out there. At this point, most anyone would agree that this Russian development is well worth somebody tossing in another $9 million to see more developmental glee.

Supposedly, the business is already booming there in Moscow, the TC article points to $400 million in bookings sold via the site. Impressive, if it is real. Let’s face it, any newcomer selling anywhere near half a billion in airline tickets has to be taking somebody else’s thunder in this economy. Funny, it is the TechCrunch “money” announcement that set me off on this track. (I’ll explain that another time)

Okay, that big map that serves as the landing page is all but useless for now. The first negative in my little test comes through as picky perhaps, but any interface that involves a map should allow for zooming and clicking cites to and from. As far as I could tell, OneTwoTrip does not work this way.

TechCrunch suggests the reason for OneTwoTrip “traction” and profitability so far is in part their contemporary feeling design, which seems fair (until you test it fully). While it is true outbound tourism for the Russian Federation shows tremendous promise, there are no figures readily available to show a shift to one air OTA over another, not that I am aware of. Table this argument for the moment though, the website does get enough Russian client traffic to justify a lot of bookings. Yes, I am highly skeptical of the profitability TC and OneTwoTrip suggest, but.

There’s no denying the advanced search aspect of OneTwoTrip may be powerful enough to slide the development past it current rivals, maybe even into the mainstream of world air travel? I like it myself, that much. The image below shows another component to consider too, the service’s price trend analysis aspect. 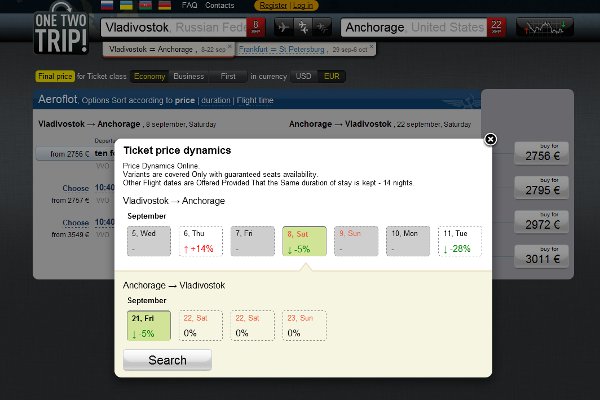 Can OneTwoTrip really be profitable and competitive with Ozon? Traffic wise, the startup already is on a par almost. As for the money? Ozon for one sells a lot more than plane seats, and as anyone in the airline business online knows, tickets for planes do not carry the biggest commission margins. It remains to be seen if those hundreds of millions in gross bookings equal $9 million worth over the mid term. It’s a margin call. 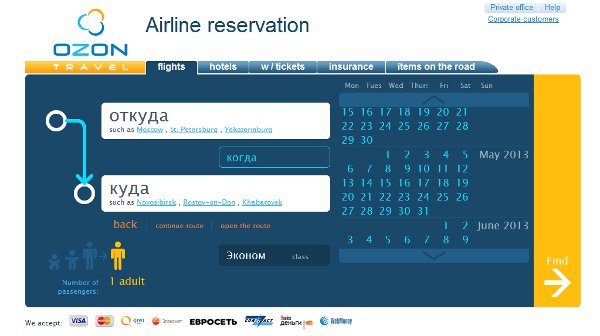