The “boomerang effect” of US and EU sanctions Russian President Vladimir Putin foretold of may be about to hit Europe travel businesses hard. The newly launched Russian low-cost Russian airline, has been forced to suspend its operations after the European Union (EU) sanctioned the airline over the Ukraine crisis. Grounding Russian tourists may not be the EU’s smartest ever move. 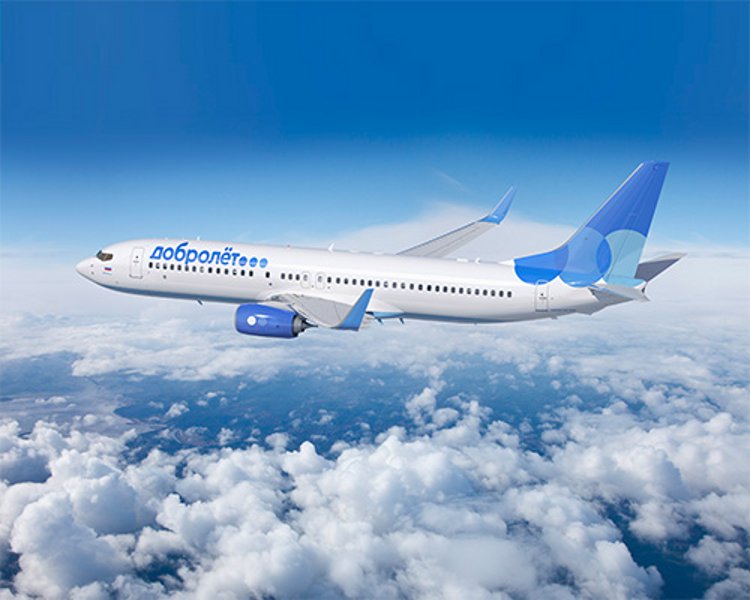 Dobrolet Airlines has now suspended flights and ticket sales on account of the latest round of EU sanctions the US leveraged out of their partners in Europe. Canceled contracts forced the new Aeroflot  low cots arm to go on hold with their Moscow to Simperopol flights. At least one lease contract for the airline’s Boeing 737-800NG planes being canceled spotlights the specific targeting of Aeroflot in the low cost space. Clearly, it’s tough to fly the friendly skies without airplanes. Despite news the airline is out of business, it seems clear a new aircraft contract or lease will be sought.

In a statement, Dobrolet Airlines said a lease contract for its Boeing 737-800NG planes was canceled because of the sanctions. Dobrolet’s parent company, Aeroflot, offered this:

“Leasing, repair and maintenance services and airplane insurance agreements were annulled, as well as the provision of aeronautical information. Due to the unprecedented pressure that has been applied to Dobrolet by its European counterparties, the carrier has no option but to suspend flights and ticket sales.”

But the low cost carrier’s flights to Crimea, and the Russian business loss are only one side of the sanction “boomerang” Putin warned of. Russian travelers, the potential for Aeroflot carrying more business TO EU countries, this could hurt hoteliers and tourism industry businesses in the mid to long term even worse than Aeroflot. As hard as sanctions may hit the Russian transport industry, EU countries dependent on tourism to save their economies, could use Russian tourism revenue far more.

Aeroflot CEO and Chairman Vitaly Saveliev said in June the Russian government had played a significant role in launching the new airline. New flights and the airline’s expansion were on the drawing board, as well as airline purchases and fairly massive growth projections. This “hold pattern” bears a grim prospect now for EU-Russia relations, taken as a key element in foreign business. Not only do EU tourism businesses stand to lose from this “sanction war”, the aircraft industry in the west will have to suck up billions potentially when Russia and Aeroflot are forced to compete with Air Bus and Boeing, perhaps with deployment of the cheaper Sukhoi Superjet 100, or sped up development of the Irkut MS-21. 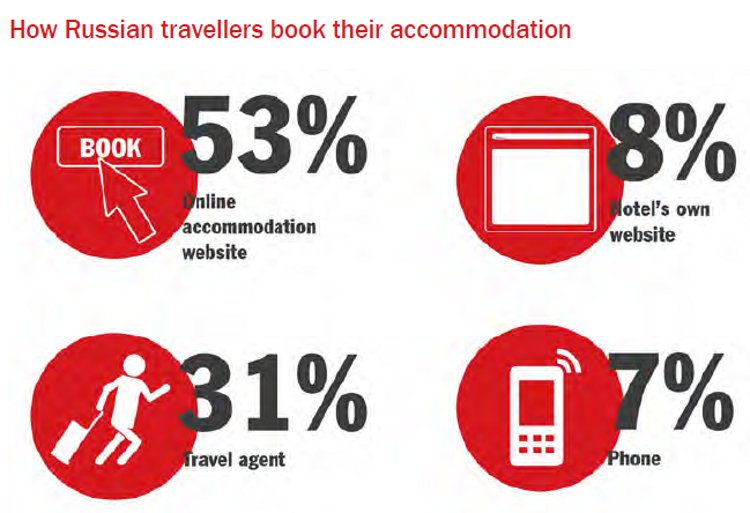 The keen observer must wonder at the wisdom of far reaching economic sanctions in between nations in Europe. In the last few years Russian outbound tourism has skyrocketed. Russians currently rank 5th in the world traveling internationally. They spend in excess of $50 billion, which adds enormously at the host country and city level of economics. This Hotels.com study (PDF) reveals the true potential of an emergent Russia travel and tourism economy. The chart above shows too, which segment of travel bookings will be hurt most by the Ukraine-sanction situation.

Who will be hit hardest if Russians are forced to, or decide to stay home? The Hotels.com study revealed the top destinations where Russians now visit, Paris, Rome, Madrid, Barcelona, and Prague top that list, putting Europe squarely in the loss column should more sanctions damage relationships. More implactful though, is the lost potential for ailing EU nations like Greece. In fact, Russians have begun searching for and flocking to Greece destinations like Santorini and other renown destinations there. Obviously a low cost airline to those places, would have spurred still more bookings.

The decision announced by EU President Herman Van Rompuy was admittedly damaging for European Union interests. The Eurozone has had nothing but bad news these last couple of years. Now with Russia being clearly cordoned off, and a United States and Britain staggered in debt too, the future of the tourism industry in total is unstable now.

What If the Secrets of Keftiu Could Rescue Humanity’s Future?
Odd Christmas Traditions Around the World
The Connectedness of Beauty: A Secret of Crete Few People Know
Visit Greece – The Nation That Put the Elderly Last In A Crisis
Previous: Zacks Equity Research Discusses JetBlue & Others’ Revenue
Next: This Month: Dimensions Festival Pula, Croatia