Love like a Romanian today – this is how Romania celebrates its Dragobete, a holiday you may not know about, because it is so unique to this country. It used to be such a traditional thing, restricted to remote villages, where tradition-keeping was a matter of love and pride. Here, Dragobete (or Dragomir) is celebrated as the local counterpart of Roman god Cupid and Greek god Eros. In some villages, in a metaphoric courting ritual, girls are being chased by young bachelors – a run through the village that ends in a kiss sealing the public engagement of two lovers. 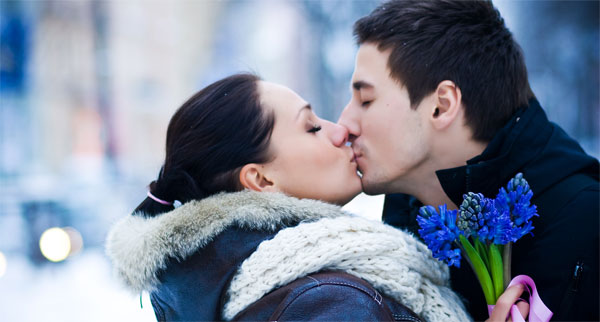 Dragobete is called, depending on the region, “The Head of Spring”, “Saint John of the Spring”, “The engagement of the birds”, and so on. In reality, the holiday marks the beginning of the spring, way ahead the traditional March 1st, or the Martisor. It’s a celebration of pure, pristine love, and a dedication to protect life, in all its forms.

Romanians didn’t have fluffy rosy things on Dragobete. They wouldn’t send cards, with “Happy Dragobete.” There were no special heart shaped cakes or chocolates. There were no special festivities, other than those traditional to the aforementioned villages. Now Dragobete is getting commercial, but commercial is a good thing in the battle against foreign infused Valentine’s Day. Commercial is good, because society is evolving, and changing, and traditions can only be preserved if they keep up with the times.

If you are in Bucharest today, this is where to celebrate: the National Museum of Natural History “Grigore Antipa”; the National Village Museum “Dimitrie Gusti”; Teatrul Masca, which will have a special show: “La români…de Dragobete” (In Romania… on Dragobete). You may also want to take your kids at Zurli, a theater that will show a comedy: Păcală, Tândală and Ileana Cosânzeana. For art buffs, Gheorghe Focşa gallery has its second exhibition of photographs “Dragobete kisses the girls.”

TVR 2, a national channel, celebrates Dragobetele with a live entertainment show dedicated to the traditional day of love, in Romanian – “Love for 2.”