Visit Crete at the Risk of Never Leaving

There are so many reasons for visiting Crete, but only one for keeping away. Once you stay on this incredible island, you’ll have to be dragged back home.

We’ve written dozens of stories of the land of the ancient Minoans, stories of fabulous beaches, remote mountain villages, unbelievably friendly locals, and the indescribable land where something inexpressible and imponderable exists. As Nikos Kazantzakis, the author of Zorba the Greek said of Crete; it is possessed of “something which makes you rejoice that you are human being, and at the same time tremble.”

This is the ongoing story of your Crete adventure, a preview of Sitia. 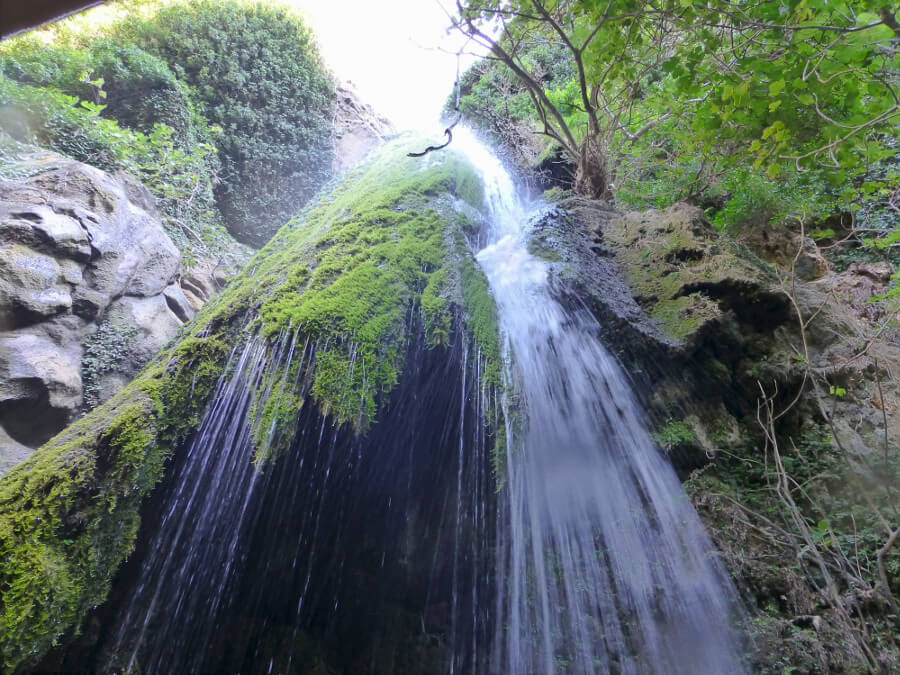 We have not traveled to Sitia yet, but on this upcoming trip, we hope to. Situated in the east of the island, Sitia is a small port city in Lasithi province just east of Agios Nikolaos and northeast of Ierapetra. This part of Crete dates back to Neolithic times and was a center of Minoan Civilization throughout the Bronze Age 3000-1050 BC. The Venetians were here, and pirates and the Ottoman Empire left architectural and cultural marks on the place too. 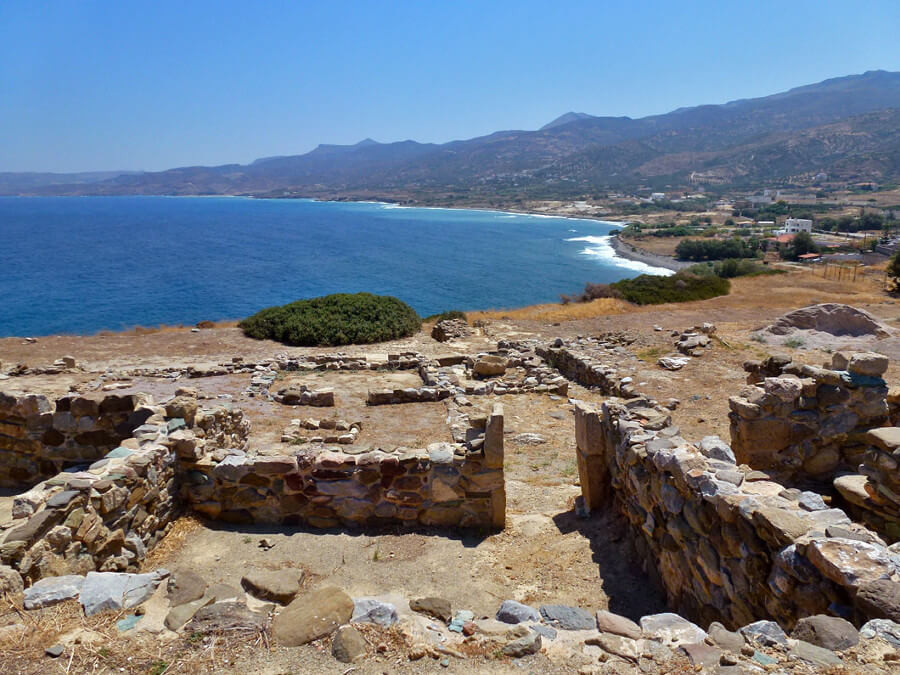 For the archaeologist among you, the Petras historic site is by far the most impressive place to visit. Situated on a low hill overlooking the sea you can see the remains of a once fabulous minor Minoan palace and later buildings too. Here you’ll also find the small Venetian period tower known as the House of Kornaros, which is believed to have belonged to the family of the famous 16th-17thcentury Sitian poet, Vitsentzos Kornaros. The Sitia Archaeological Museum, countless monasteries and remnants of Venetian times like the garrison at Kazarma, and many other unusual places of antiquity are close by too. 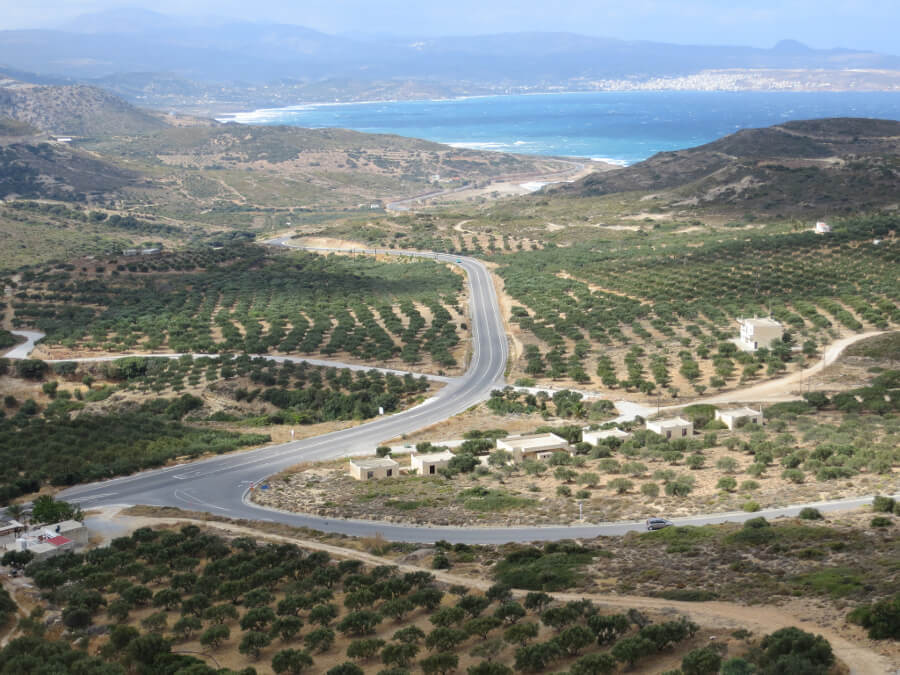 The road to Toplou Monastery above Sitia by alljengi

The natural attractions around Sitia are by far the most enthralling. Richtis Gorge, for one, is a hiker’s and nature lover’s dream of abundant vegetation, animal life and manmade wonders like the old stone bridges and water mills there. The gorge’s main attraction is the Richtis Waterfall (above) and the beach of the same name farther along. Chochlakies Gorge, Kouremenos Beach, and scores of other natural landmarks are in this area too. The video below caught my attention because of the thematic, people visiting Crete who never, ever wanted to leave (including my family). You’d be surprised how many people we have sent there who say they would live there in a second. I met no fewer than 20 Crete transplants on my last trip in fact.

Another of the area’s most fascinating sites for me is the nearby palm forest at the beach of Vai, which is the largest natural palm forest in Europe. I can only visualize what this part of the island must have been like during Minoan times, probably a paradise of such palms and olive trees, and of course many other forms of flora and fauna.

Finally, Sitia is well known for its culinary traditions and style, not to mention Cretan traditional crafts, shopping, and a host of touristic treasures. One “must dine” experience I’ve read about (and intend to test) is Chef Tonya Karandinou’s famous fusion restaurant “Balcony”, which combines Cretan-based cuisine, with Mexican and Asian influences, an interesting combination our foodie critic, my wife Mihaela will be interested in. Zorba’s Tavern also comes highly recommended for home cooked wonders and bouzouki music too. Oinodeion is another traditional Cretan stop for those seeking out the best Saganaki (fried cheese), souvlaki, and octopus (again Mihaela’s specialty). 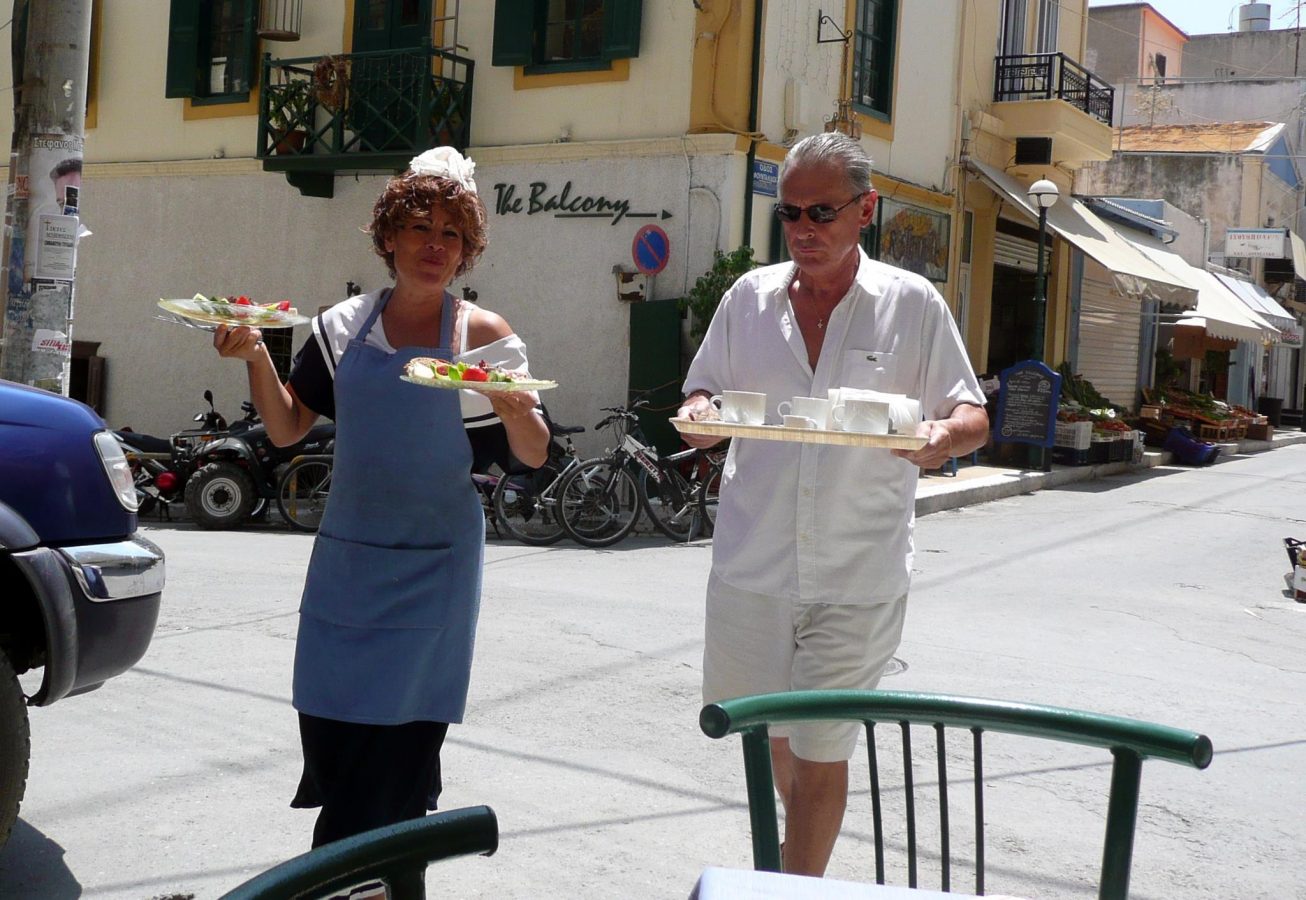 Tonya and Jean Pierre via The Balcony Facebook pages

Sitia also has its share of chic or funky cafe/bars like Nouvelle Boutique and Kafe, which we may hit for starters while in town. Other natural wonders and archaeological magic bear visiting too including; the Gorge of the Dead (at Kato Zakros), Itanos and Mochlos, the fabulous Moni Toplou monastery, just to name a few. The point of this Sitia preview is to bring one of the most attractive destinations in the world in view. To this end, I’ll, later on, create a complete guide once we’ve visited in April.

Until then readers can get more info from the Sitia municipality here, and from Incredible Crete here.

Crete is Becoming a Top Winter Refuge and Remote Working Destination
The Keftiu: Were They Absorbed and Erased from History?
Live Like Great Odysseus: Book a Week at Santa Thekla Peninsula
Archaeologists Make More Stunning Discoveries on Crete
Previous: February’s Minsk Family Fest a Big Hit
Next: A Calm Winter Exile in Sochi