Restoration of the Ancient Theater of Sparta to Start in 2014

The theater of ancient Sparta with Mt. Taygetus in the background. [Wikipedia] Sparta theater

The theater of ancient Sparta with Mt. Taygetus in the background. [Wikipedia]

The ancient theater of Sparta will be restored thanks to a public-private partnership. This is great news as the theater dates back to the 2nd century BC and was one of the largest ones in Greece. 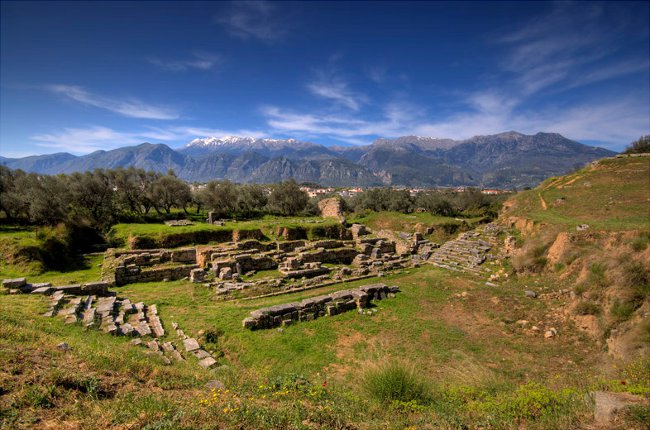 The theater of ancient Sparta with Mt. Taygetus in the background. [Wikipedia]

A budget of around 5 million is necessary for the restoration of this impressive theater, and the project will be implemented by the Directorate of Restoration of Ancient Monuments, Ministry of Culture. The study for the restoration of the ancient theater of Sparta was just completed by the DIAZOMA association with the help of architectural engineer Goulielmos Orestidis and with support from the Stavros Niarchos Foundation. This study is rather comprehensive and presented interventions proposed in order to restore the theater’s original geometry, promote its historical and cultural value, and make a structural restoration of the monument, all with the aim of offering contemporary visitors a glimpse of the past, to allow them to have an idea about how this theater looked like.

“We are here today to rectify a historical gap, a historical injustice: the care due to an important ancient city whose unique culture still impacts the global community to this day. Today, we are offering it our own “antidoron” [holy bread]: The Stavros Niarchos Foundation and DIAZOMA have jointly undertaken the lovely adventure of restoring a unique monument, the ancient theater of Sparta. It would be a huge omission if I failed to mention the important and decisive contribution of former Minister Mr. Ioannis Varvitsiotis in this project. The Stavros Niarchos Foundation is, to all of us at DIAZOMA, one of our most important partners in the effort to form a great social alliance aimed at saving our country’s ancient theaters,” said Stavros Benos, the President of the Board of Directors of DIAZOMA.

“We are proud supporters of the important work carried out by DIAZOMA, in their effort to promote and protect the country’s cultural heritage. In that context, the Foundation would like to express its great pleasure on the successful completion of the study for the restoration of the ancient theater of Sparta, and its approval by the CAC, which allows us to dream that this unique monument will be brought back to life,” stated George Agouridis, a member ofthe Board of Directors of the Stavros Niarchos Foundation.

According to the official information the first phase of the project will start in 2014 and will be completed by 2015.

Now DIAZOMA tries to find the necessary funds for this impressive project, striving to secure European funding for an interesting single cultural route in the region of the Peloponnese, with all of the theaters in the area linked together.

This could be beneficial also from the point of view of tourism, not only internal, but targeting people from all over the world too.