Tbilisi International Airport (TAV)is to be expanded to twice its current passenger handling capacity. According to news from the head of the Ministry of Economy and Sustainable Development, Dmitry Kumsishvili, the airport will soon be able to serve 3.5 million people a year. 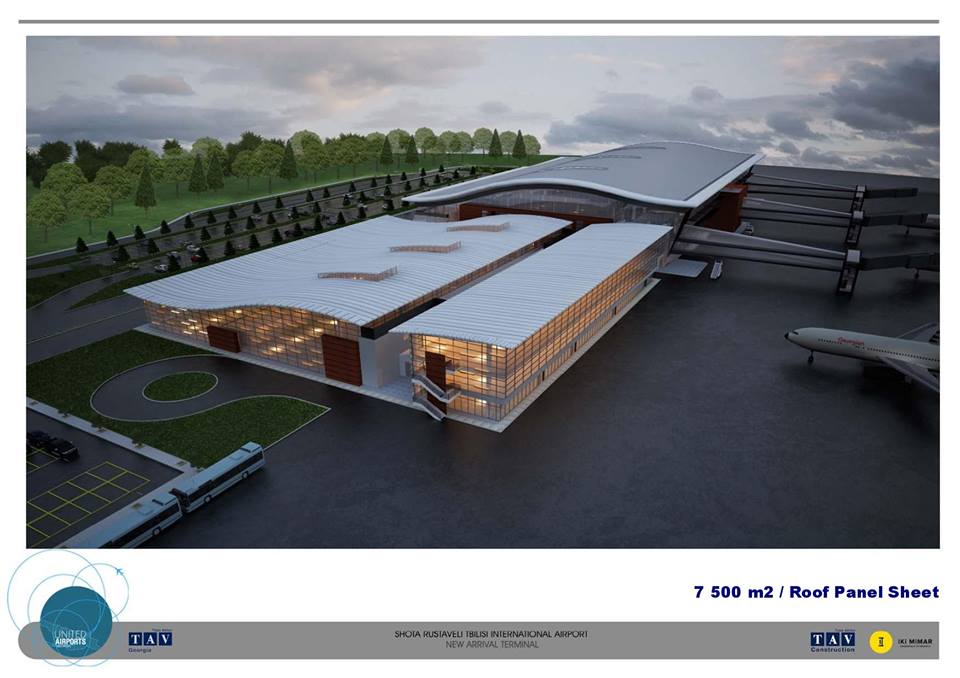 According to the news, the Minister presented the project of a new passenger terminal with an area of 10,180 thousand square meters,  as an add on to the current air terminal. The new facility will be modernized, and will add additional check-in counters, spacious lounges in the departures area and baggage claim, as well as other traveler amenities. The modernization effort will cost around $30 million US, once complete.

As of 2015, Tbilisi airport served 1 847,1 million people, which was an increase of soem 17.25% more than the year before. Currently 25 airlines serve Tbilisi, including three Russian — “Aeroflot”, “Siberia” (S7 Airlines) and “Ural airlines”.

As reported by information-analytical Department of the Georgian interior Ministry, the number of Russian tourists visiting the country in January-April this year increased compared to the same period last year by 20%, to 219 thousand.