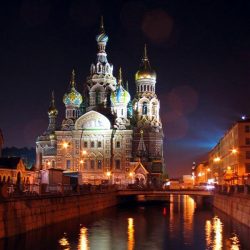 It may be named as simply another section of the European continent but Eastern Europe holds a unique history and an appeal all its own for travelers from the United States. Plagued by conflict and with its people heavily oppressed for much of its history and until as few as 20 years ago in some regions, Eastern Europe in 2012 is a beautiful place of humble and hearty people amidst some of the most breathtaking backdrops, from cityscapes to country roads, in the world.