Spirit Airlines: In the Spirit of “El Cheapo” Flight 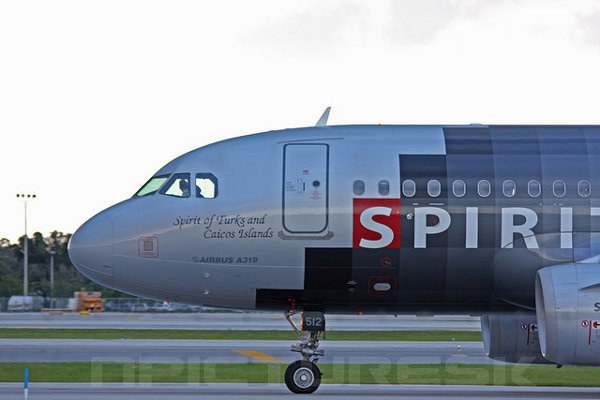 Over here in Europe, Ryanair is the king of the hill when it comes to budget air travel, but Baldanza’s Florida company takes the meaning of “budget” air travel to new heights – or lows, depending on your point of view. Whether it comes to jamming passengers into aluminum tubes like sardines, or bilking them for 3 bucks for a drink of water, Sprint Airlines has to be the front runner in any airline list of a la carte passenger pleasures.

But, regardless of what detractors may say, America’s cheapest airline is also the most profitable where margins are concerned. And passenger miles are still growing despite clients having to fly cross legged over the loss of leg room. Some say the success of the airline is really more a factor of passenger desperation for flying at all, rather than any real value outside saving a few bucks. Consequent to the “El Cheapo'” philosophies of Ben Baldanza, the airline also has the absolute worst passenger satisfaction score. After taxiing about a runway for a spell, this passenger review at SkyTrax is pretty indicative of a Spirit Airlines review:

“After sitting for 3 hours people were getting restless and very hostile towards the staff. At that point they finally offered to pour 1 glass of water for each passenger. 20 minutes after that we began moving.”

It seems fair to assume that the farther we travel down the “budget” road (or jet steam as it were) the closer we will get to some safety or other dangerous issue. Some people have to be imagining airliners packed like those trains in India that carry people hither and to. The nightmare stories from Spirit seem to be escalating as revenues from ancillary charges for things like carry-on luggage grow too.