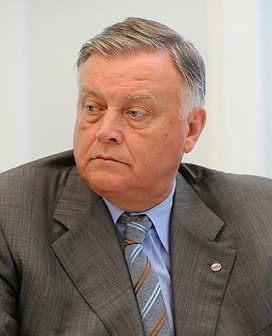 News sources this week suggest Russian Railways and some other Russian state run companies may have imposed bans on foreign travel. According to the news, companies in Russia hit by western sanctions allegedly dissuaded employees from visiting countries outside Russia.

According to one report via Kommersant, unnamed sources revealed Russian Railways employees having cancelled their vacations abroad recently. The news suggests employees of state-run companies choosing to vacation in Russia rather than risk angering their bosses. With CEOs of major concerns such as Rosneft (Igor Sechin), and Russian Railways, (Vladimir Yakunin top left) in the long list of business leaders banned from entering Western countries in the aftermath of Russia’s annexation of Crimea, it’s no wonder really if the stories are true. Most business owners would consider a frame of disloyalty in such a situation, and especially in the west.

As for Russian Railways, Yakunin has been barred from entering the U.S. and Australia, but his company has denied any sort of official ban from his employees traveling. Russian Railways spokespersons told Interfax;

“As it has been the case in the past, the circle of people who hold state secrets must follow certain procedures upon leaving the country. Russian Railways does not have a foreign travel ban for its employees, nor could it ever have one.”

Whether or not there are official bans on Russians travelling, it’s certain the sanctions and mistrust behind them have caused a rift in east to west tourism. It remains to be seen how deep and how expensive this rift will be.

Readers can learn more about Russian Railways via the links, or by Tweeting them @RuRailways or contacting them on Facebook.