In airline news, Virgin Atlantic has named Craig Kreeger the company’s new CEO to assume the helm as of February 1st. 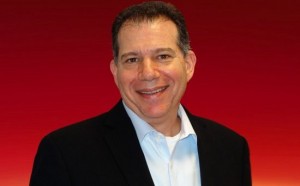 Kreeger joins Virgin from competing carrier American Airlines, where he held various positions over the past 27 years. The release from Virgin Atlantic, as well as all their social media announcements, reflect a super positive attitude toward the new chief of Richard Branson’s now famously attractive air carrier. The new CEO succeeds Steve Ridgway, who will help Kreeger make the transition before the former boss retires.

A graduate of the University of California in San Diego, who holds and MBA from UCLA as well, Kreeger became an analyst for American Airlines way back in 1985. Just as Virgin and Delta finalize an agreement for Trans-Atlantic flights, Kreeger received a warm welcome from Richard Branson as well:

“We are thrilled to welcome Craig to Virgin Atlantic – he is the right person to succeed Steve Ridgway at this dynamic and challenging time for our airline. We believe Craig has the experience and passion to drive Virgin Atlantic forward and capitalise on the opportunities created by our new venture with Delta Airlines.”

A Farewell To Another of the Small Gods of Crete, Nikos Zacharioudakis
A Word or Two About Ryanair CEO Michael O’Leary and Other Bean Counters
Expert Viewpoints: Hospitality 2021 and Beyond
Actress, Singer, Songwriter Rita Ora Vacations On Corfu
Previous: The Fabulous Machu Picchu – Peru’s Top Attraction
Next: Turkey Accordingly: Uncovering An Expert’s Guide

Deputy Tourism Minister Sofia Zacharaki announced this week plans to enhance tourism training and education, internship programs. According to Zacharaki, there are also plans to establish an English-language educational facility in Greece. The Athens News Agency (ANA-MPA) conducted an interview with Zacharaki in which she disclose that the ministry was moving ahead for changing the way internships are […]