How Long Until Restaurants Start Charging for Water?

In recent years I’ve noticed a trend, both in my own behavior and the behavior of many others.

As our society becomes more aware of their health and more concerned about the intake of sugar, they’ve started to drink less soda and juice and have started to more often, opt for water.

Not only that, but as a result of higher restaurant food prices and an economy that continues to struggle, restaurant patrons seem to be ordering water to drive down the cost of their meal on a regular basis.

The problem for restaurants is that it does in fact drive down the price, and as a result, their profits.

Even in an article that was posted back in 2009 on the trend of restaurants charging for water, there’s already talk of restaurants in the San Francisco bay area beginning to charge $1 for a glass of filtered water.

We’re now in 2013 and that “trend” has yet to be fully realized. Yet it’s worth taking note of next time you’re in a restaurant. Even if you’re willing to pay the $2 for tea or soda, look around you: Do you notice that a lot of people have ordered just water? I usually do.

Since water is free and restaurants have been driving up the cost of soda, tea and coffee because of the number of people who can’t have a meal without it, the caffeine and soda drinkers are now supplementing the water drinkers.

Yet even facing the prospect of going a meal without soda or caffeine isn’t enough to deter many people from switching to just water when they go out to eat. The result is higher drink prices and even more people opting to order water.

The cycle only continues to build on itself and compound the problem.

Is it “wrong” or “unethical” for a restaurant to charge for water?

It’s odd, but the first question that you hear most people ask is, “Would it be legal for restaurants to charge for water?” Of course it’s legal; that’s not the question we need to be asking.

They could charge $10 for a glass of water if they wanted, or even $5 to rent a fork and knife. There’s a more logical reason they don’t do that.

No one would eat there.

The market has a way of weeding out businesses that are gouging customers or charging too much for their goods and services. If people see that certain restaurants are charging for water, they’ll probably begin to flock to the restaurants that continue to hold the line by offering water for free. 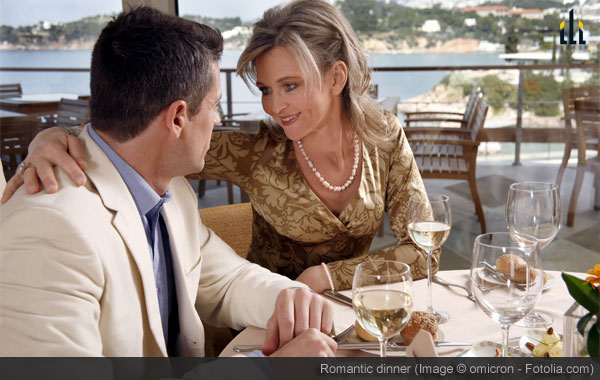 Those restaurants will become more successful as a result of the increased business, and the restaurants that were brave enough to charge for water will ultimately end up losing more money and possibly even going out of business.

The Market Decides When Restaurants Will Charge for Water

Thus the answer to our question is found in the will of the consumer. When will restaurants charge for water? Whenever they determine that the consumer will be willing to pay for it as opposed to looking somewhere else for their meal.

Even if the ordering of water and the movement away from soda and caffeinated drinks were to continue or even quicken its pace, were a restaurant to handle that by charging for water, they would put themselves in an incredibly precarious position.

There would be an almost immediate drop off of customers, which would mean a far greater loss than what they were losing when those customers actually bought food from them.

Now, not only are they not buying a soda for $2, but they’re not buying a meal for $20. That difference is far too significant for most restaurants to justify taking such a risk.

Until people are comfortable with the idea of paying for a glass of tap water, restaurants aren’t going to charge us for it. The more likely scenario is that they’ll continue to compensate by charging more for their drinks and even more for their food, which is already overpriced.

The Inflation of Restaurant Prices

When this happens you’re dealing with a form of inflation, where restaurants end up charging more than what their products are actually worth. In a healthy business, the amount consumers are willing to pay for each individual product should have a fairly loud voice when it comes to determining what that product will cost.

Obviously businesses need to turn a profit, but when they overcharge for their products people will begin to look to other places to get what they need.

When you’re talking about food, people could gravitate towards a variety of other options. Different restaurants, eating more at home or even getting fresh food from the farmers market, are all likely alternatives to expensive restaurants.

If we were to see sustained trend of restaurants charging for water without reducing the cost of other drinks and their food, you could expect to see an even bigger push towards home cooked meals, grocery shopping and the purchase of fresh produce.

Cookbooks, cooking shows and websites centered on recipe sharing and cooking ideas would all stand to benefit and grow in terms of their value and profitability, as more people learn to cook their own meals and move away from relying on restaurants for their food.

This all puts the restaurant industry in a difficult position, and therefore makes it unlikely that any of them will start charging for water.

Before that happens, restaurants need to find a way to combat the health food, and home cooking movements that are becoming more and more popular in our society. The days of diner cars and Coca-Cola themed burger joints are a thing of the past, whether we like it or not.

It’s more crucial right now for restaurants to find a way to reduce what they’re charging and offer a product that is more conducive to our ever more healthy and thrifty society.

If they can understand that part of the market and of the demand when it comes to food, they’ll be in far better shape than they would have been, were they to charge for a glass of tap water.

The good news is that at the end of the day, we decide.

This is a guest blog by Ryan Berman, an avid blogger with extensive experience in the food catering  industry. Visit ShortOrder.com for more restaurant equipment solutions.

Campspot Publishes the Top Outdoor Travel Trends for 2023
Ideas to Make the Most of Your Visit to Phuket
Trends Say Americans Guarded Over Travel 2022
27 Inspirational Travel Quotes to Fire Up Your 2022 Travel Bug
Previous: Top-5 Must-Have Apps for Frequent Fliers
Next: Rumors Bin: Lonely Planet to Be Bought by Brad M. Kelley