Picture-Perfect Places to Propose in Poland

After our article earlier this year featuring picture-perfect places to propose in Montenegro, our readers have asked us to make a series showing similar ideas for other countries in Eastern Europe. We follow up today with some of the most beautiful places to pop the question in Poland.

Poland enjoys an idyllic setting on the Continent between the Baltic Sea, the Sudetes, and the Carpathians, stretching across several geographical regions. It has daring mountain ranges and broad ice-age river valleys, freshwater lagoons, crystal clear coastal lakes, and even a desert between Błędów, Chechło and Klucze.

Of course, we do not include the desert in our list, although you can always get creative and transform a trip there into a romantic picnic. The Błędów Desert on the Silesian Highlands is one of the fascinating places of Poland if you are not superstitious to believe that it was made by the devil who wanted to turn the Olkusz silver mine nearby into sand. Legends aside, the “Polish Sahara” is man-made – the result of aggressive deforestation in the Middle Ages.

If you plan a trip to the Polish Sahara, visit the Rabsztyn Castle (Zamek w Rabsztynie) in the Kraków-Częstochowa Upland, one of the 25 medieval landmarks to see on the Trail of the Eagles’ Nests in the south-western part of the country. The best tourist trail in Poland stretches more than 160 km, with many sites accessible by bus, but more popular for cycling. On the Trail of the Eagles’ Nests you will find many romantic spots to propose. 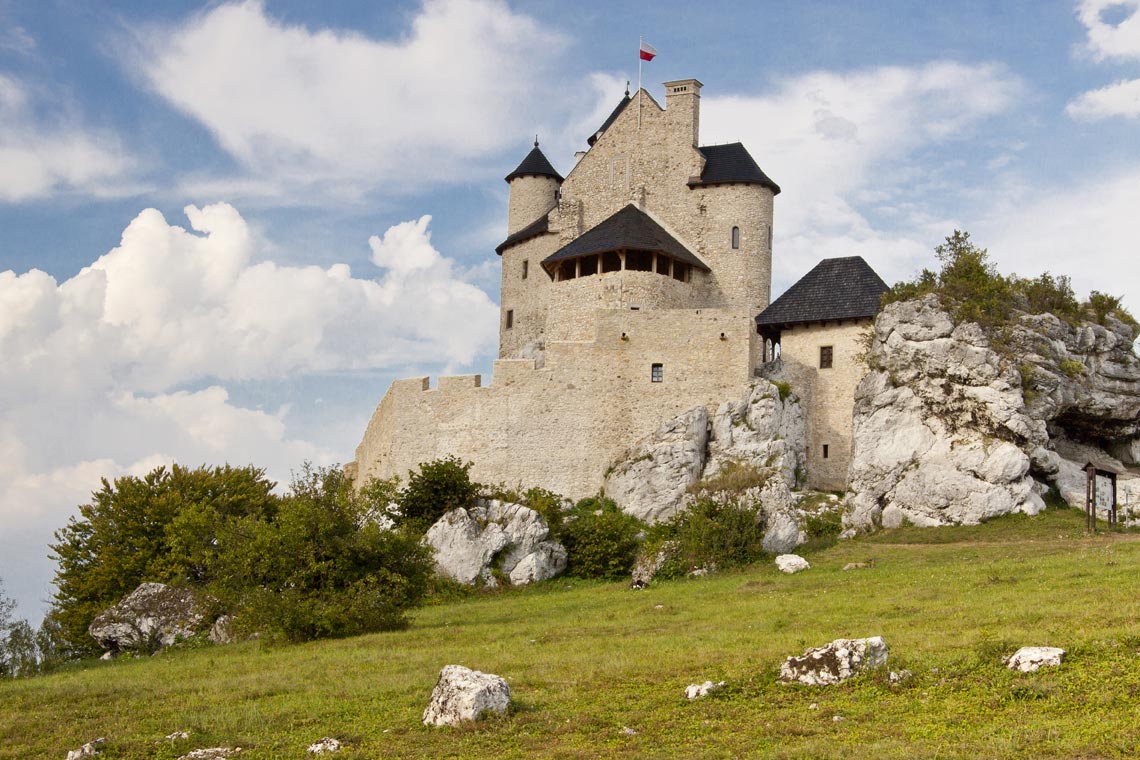 Bobolice Castle on the Trail of the Eagles’ Nests

Speaking of castles, the UNESCO-listed Marienburg castle in Malbork is not on the Trail of the Eagles’ Nests, but in on the right bank of the Nogat in the Żuławy region, northern Poland. It is reportedly the largest castle in the world in terms of covered area, but UNESCO lists it as “the most complete and elaborate example of the Gothic brick castle complex in the characteristic and unique style of the Teutonic Order, which evolved independently from the contemporary castles of western Europe and the Near East.” If you are looking to charm the one who holds your heart to say “yes,” this is one of the most beautiful places to pop the question. 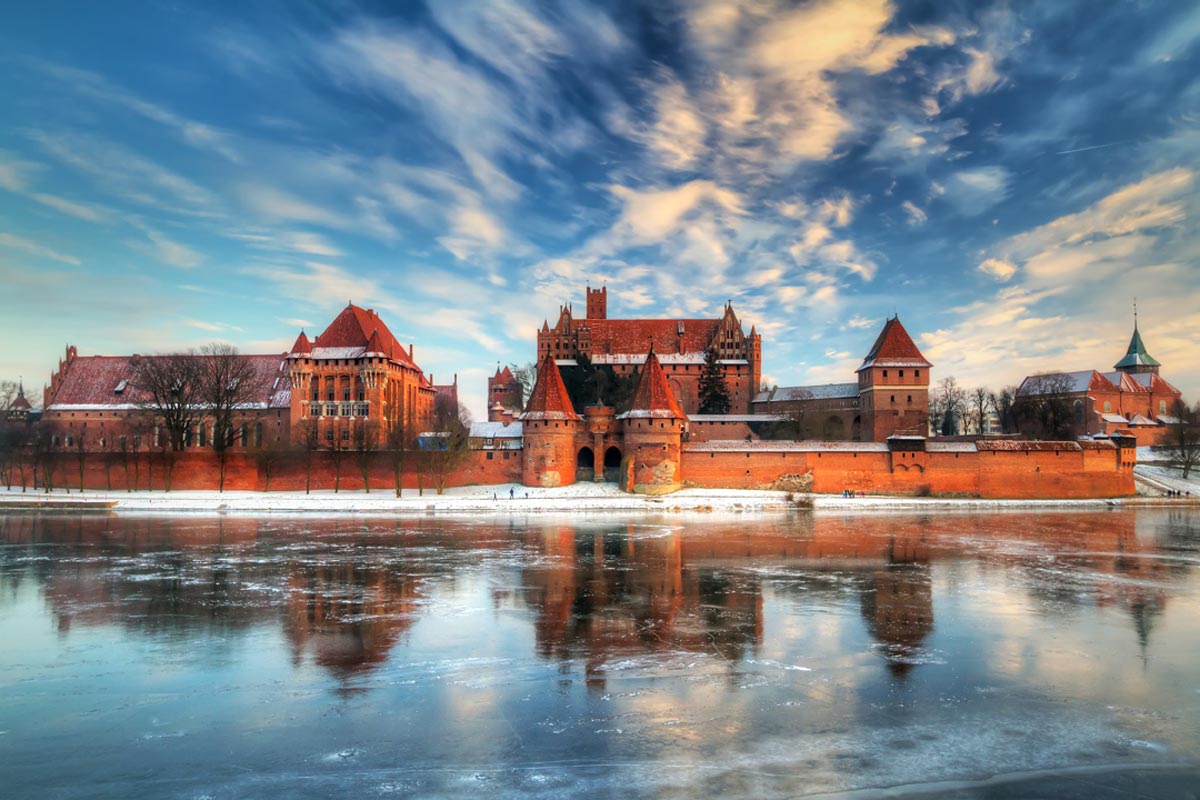 Besides this castle, Malbork has other romantic landmarks and places suitable to woo your future spouse. Even the historic city Town Hall has the stuff of Medieval fairy tales. Built between 1365-1380, the Town Hall is a rectangular plan, two-storey building with decorative gables, a turret, and a tower bell cast in 1407.

Or the Dworzec kolejowy, the railway station – such a romantic building, perfect for a photo op! Get your camera ready for Instagram-worthy moments in this delightful town. Check out their official website for tourist attractions, dining, and lodging.

In UNESCO-listed Old City of Zamość

Founded in the 16th century by chancellor Jan Zamoysky, The Old City of Zamość was modeled by architect Bernando Morando on Italian theories of the ideal city. It is the perfect example of a 16th century Rennaissance town, and a picture-perfect location for a marriage proposal. 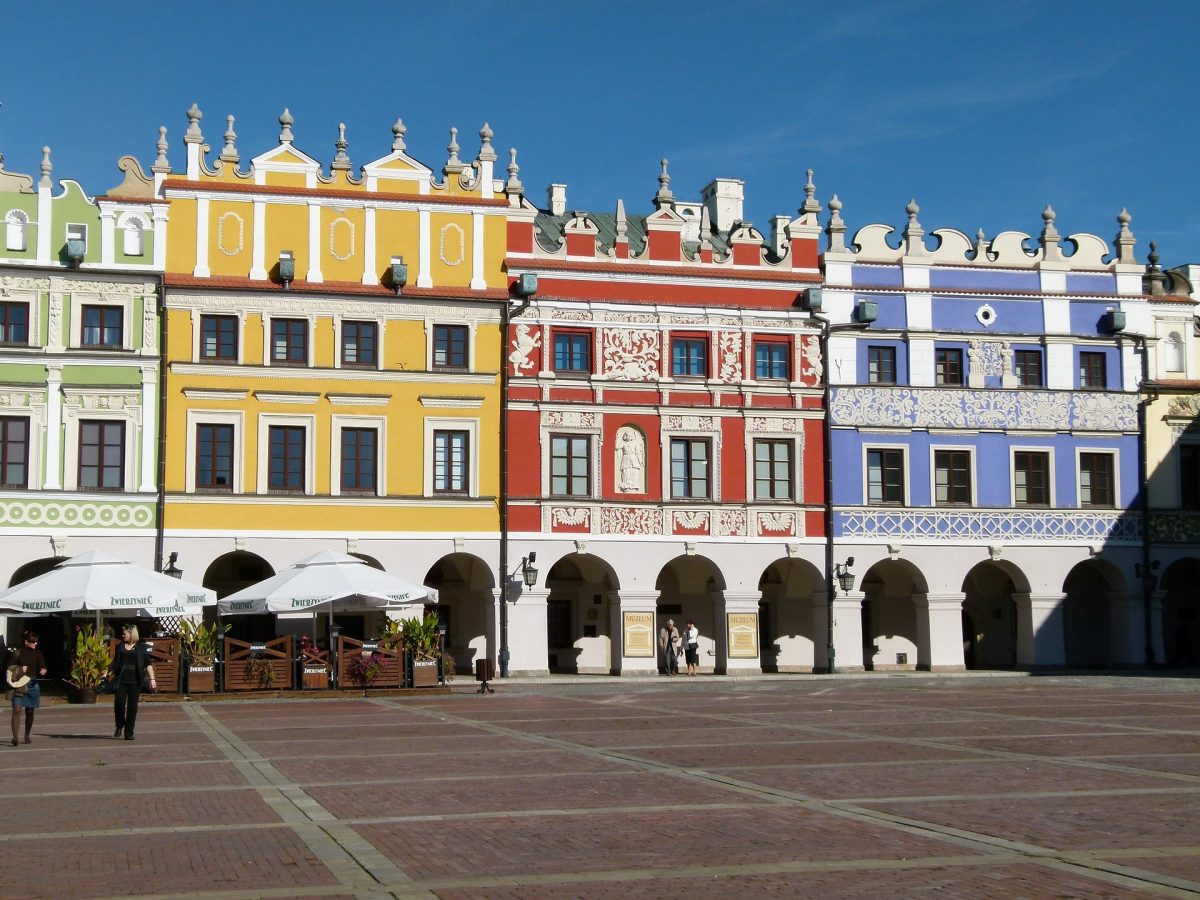 Postcard-pretty townhouses in the Old City of Zamość

Alternatively, you can watch the following UNESCO video to see why Zamość is such a charming marriage proposal destination.

On the Coast in Puck County

Puck County in Northern Poland lays on the Baltic coast, on the Gulf of Puck, a charming setting, perfect for a vacation far from the madding crowds. In the Coastal Landscape Park, Rozewie with its landmark lighthouse is one of the most romantic spots to visit as a couple. Sunsets here have the stuff of dreams. You can spend hours of bliss picnicking and staring at the skies. 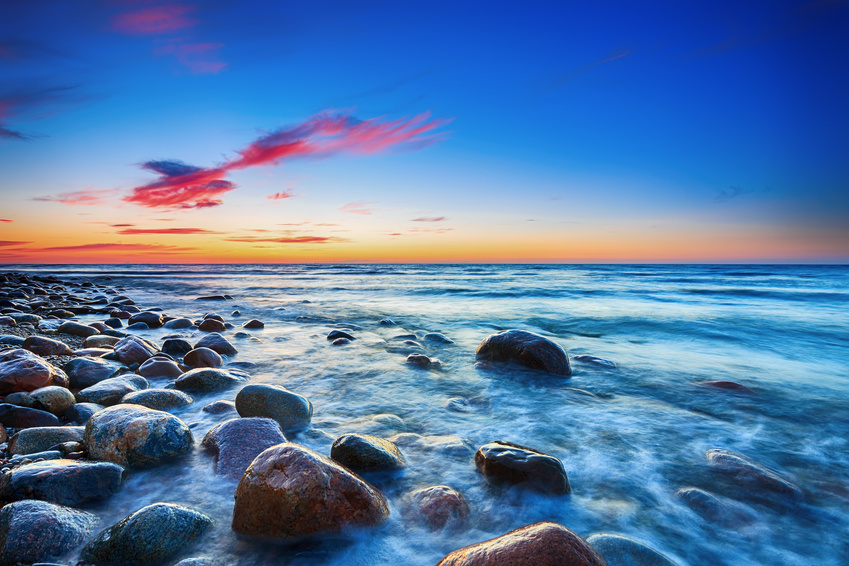 Sunset over the Baltic sea. The pebbly beach in Rozewie.

The last remaining ancient wetlands and woodlands in Europe, Biebrza National Park (Biebrzański Park Narodowy) is a tantalizing destination. It’s a well-worn cliché, but a trip to Biebrza is like stepping back in time, to an era when humans had yet to make their mark on the world. The forest is home to magnificent creatures including European bison, elk, beavers and wolves, plus numerous bird species like the great snipe and the aquatic warbler. 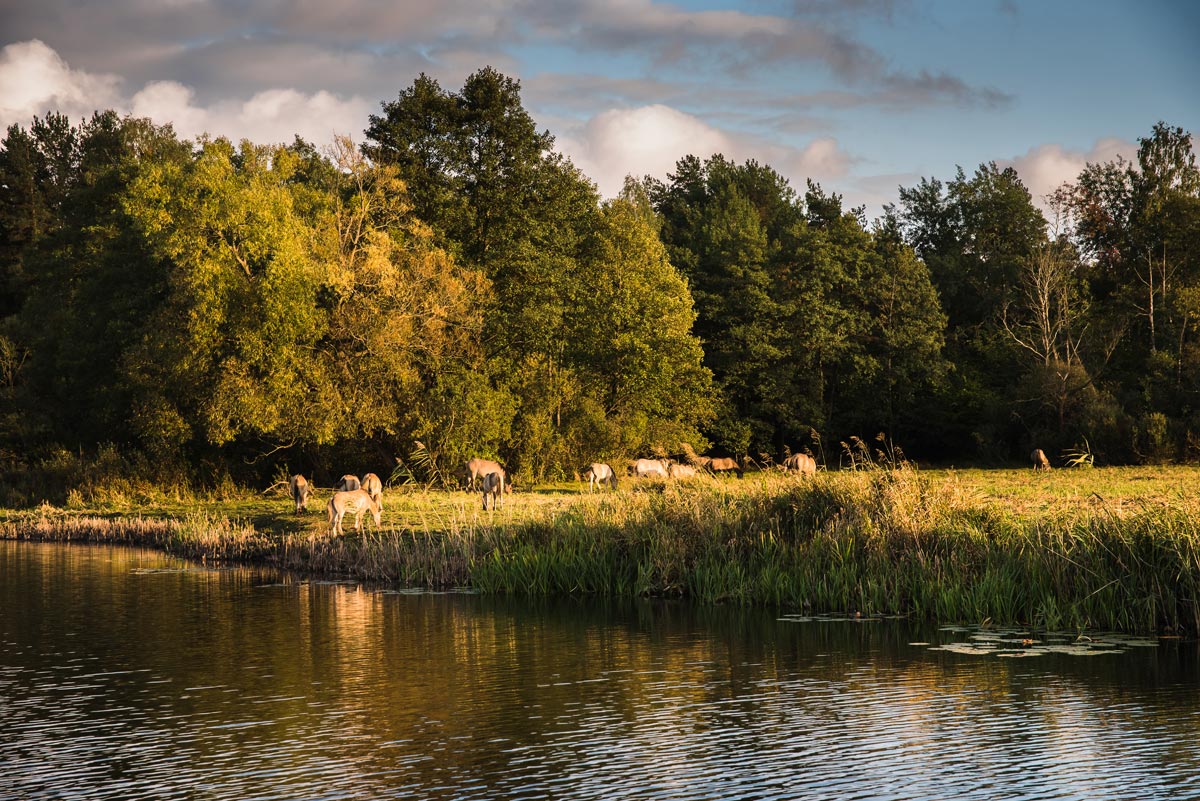 The most precious part of the Biebrza National Park are its marshes. Here, however, you see a capture of the landscape along the shores of the Biebrza River.

LATO Fair of Tourism and Recreation in Warsaw Next Week
Warsaw in Chopin’s Footsteps
Warsaw, Capital of Cool 2017, Is a Summer-Must in Poland
Final Countdown to Where Cultures Meet Travel Fair in Łódź
Previous: Kiev and Bucharest Among the Cheapest Cities in the World
Next: Rezidor Hotel Group to Open Radisson RED Hotel in Kraków in 2019