Chef de l’Avenir is a prestigious award by the International Academy of Gastronomy, which recognizes culinary excellence. Chef Paweł Oszczyk has received it earlier in 2014, becoming the first ever chef at Mamaison Le Regina Warsaw to enjoy such outstanding recognition. 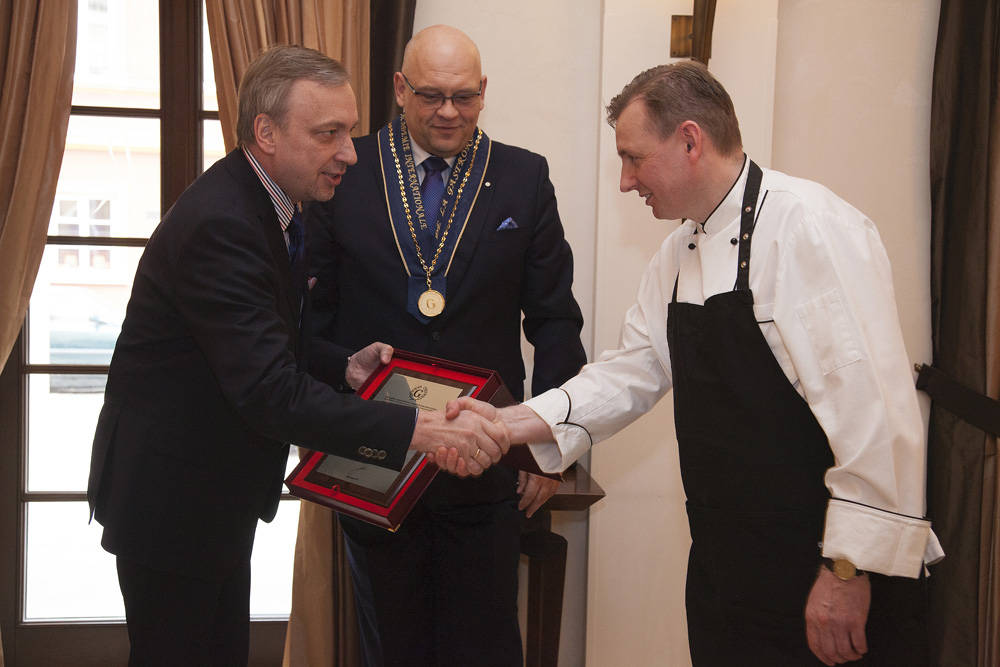 The Chef received the prestigious award from the hands of the Polish Minister of Culture and National Heritage, Bogdan Zdrojewski, and the President and founder of Polish Academy of Gastronomy, Maciej Dobrzyniecki. Chef Paweł Oszczyk joins Karol Okrasa and Wojciech Modest Amaro, becoming the third official Polish winner of the award, and gaining added recognition in Poland, and abroad. Prix du Chef de l’Avenir (Chef of the Future Award) has been handed out to chefs around Europe and the world since 1996. Any chef can participate, as long as he, or she, are nominated by their own National Academy of Gastronomy, then approved by the International arm.

It is my great honor to get such a prestigious award! For 10 years, together with my team, we focus on the highest quality, creativity and originality. I am very happy that our efforts are successful, and recognized. Receiving this kind of award shows that we can also be an example for the others.

Greece Summer 2021: Let the Big Gamble Sink In
Greece’s Tourism Gamble Could Be the Biggest Bust in History
More Crete Adventures In the Middle of the Marvelous Nowhere
Here’s Why You Must Visit Knossos When You Vacation on Crete
Previous: Crete Week One: Defining “Filoxenia”
Next: Crete Week Two: At the Top of the World