Officials in charge of a search for two passengers who fell overboard from Carnival Cruise’s Carnival Spirit have now called off the search. 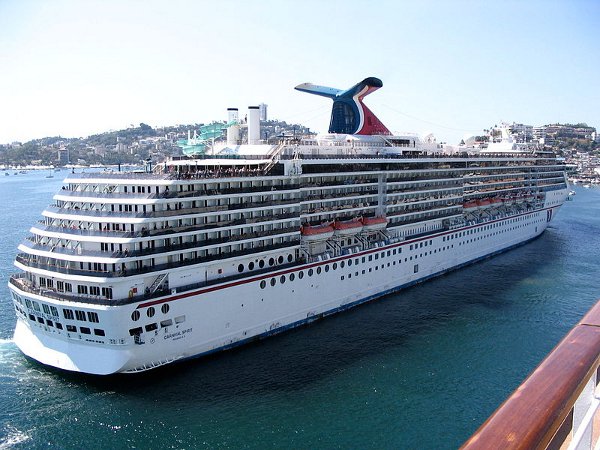 An all out air and sea search was conducted when passengers Paul Rossington, 30, and Kristen Schroder, 27, were discovered missing from the cruise ship off New Youth Wales on Wednesday. The couple, caught on closed circuit TV, went over the side the night before Spirit docked in Sydney, where they were discovered missing by ship’s crew. According to the news reports, police are still trying to piece together exactly what led up to the pair falling into the waters off the Southeast Australia coast.

9 News National has reported that Paul Rossington actually leaped into the water to save his partner after she accidentally plunged into the waters of the Pacific. According to their account, Schroder fell into the Tasman Sea first only to be followed by Rossington seconds later. Police called off the search after aircraft and ships scoured 500 square miles around the area the pair were reported lost.

Carnival has been plagued by accidents, bad press, and a rash of mechanical failures aboard their vessels around the world. Carnival Corporation, which also owns the Princess Cruises, P&O Cruises, Cunard and Costa Cruises brands, has had ships break down stranding passengers, one ship run aground off Tuscany, a fire aboard another vessel, and a vessel break loose from its moorings to kill a security guard.

In this latest mishap, officials are hesitant to release more details out of respect for the families of those lost.