Turkey is gearing up to celebrate the 20th anniversary of its Izmir European Jazz Festival in style, announcing plans to host no less than 10 concerts in the city over its duration, from March 4 until March 20. 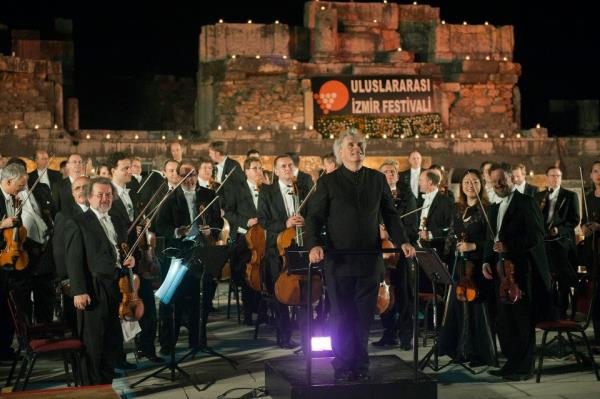 The festival will see a variety of top jazz musicians from around Turkey and all across Europe stage performances, beginning with an orchestral jazz concert on the opening night of March 4 by the Kerem Görsev Therapy Project, with the UK’s Alan Broadbent appearing as conductor.

The Izmir European Jazz Festival has one of the top Turkish jazz events of the year since it kicked off back in 1994, and is now rated second only to the Istanbul International Festival of Jazz.

Some of the other highlights to look forward to at the festival, which is being organized by the İzmir Foundation for Culture, Arts and Education (İKSEV), include a performance by the Yuri Honing Acoustic Quartet, the François Corneloup Trio and the David Hellbock Trio. Finally, on March 20 the festival will conclude with a performance by the legendary Mauro Grossi Quintet.

Alongside the ten concerts that have been planned for the festival, organizers have also arranged a photography exhibition titled “Magic of Jazz”, which features the works of Aykut Uslutekin, and a seminar titled “Contrabass: Box of Treasure”, to be given by famous jazz historian Francesco Martinelli.

Each of the events will be held at Izmir’s Ahmed Adnan Saygun Art Center, with tickets available to buy online via Biletix. For those who don’t want to shell out on the price of a ticket however, they can book their place at one of two ‘free concerts’ featuring the Open Jazz Orchestra, which are scheduled to take place on March 18 and 19. Tickets for these two events can be booked at the AASM box office.