David Ruetz at a press briefing in 2011 - courtesy ITB Berlin

News from ITB Berlin yesterday saw the head of the world’s leading travel trade show, David Ruetz, projecting to a crowd in Singapore about ITB Berlin 2013. At a press conference Reutz presented facts and figures on this year’s event as well. 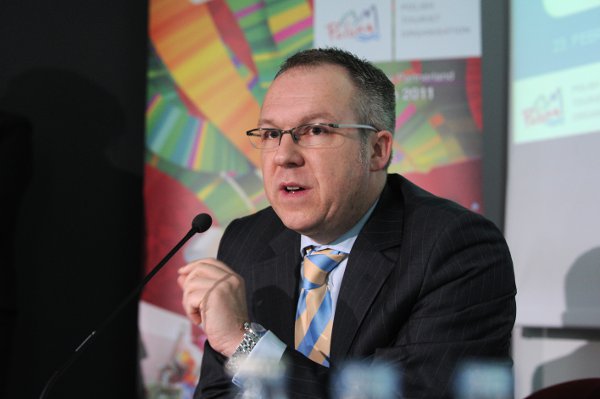 David Ruetz at a press briefing in 2011 - courtesy ITB Berlin

For those not in attendance, ITB Berlin 2012 saw some 10,000 plus exhibitors visiting from over 180 countries . Ruetz’s overview concerning Asia outbound travel, filled in attendees on a critical component of travel for 2013, the impact of Asian visitors within the matrix. As for next year’s event, Reutz explained that ICC is to be closed for remodeling, and that a new South exhibition hall will be opened. With a total surface area of some 180,000 square meters in total, ITB Berlin will effectively be able to host every country on Earth.

Other forecast news for ITB Berlin 2013 included Reutz naming Indonesia as the spotlighted partner nation. The so called ITB Advisory Reutz presented, has the mission of connecting key companies, organizations, and individuals with the best experts in travel. To that end, the ITB Advisory engages via a certified network of talent in order to form a crucial network across the myriad fields of endeavor. In short, ITB is building a world class board or network as a “go to” source for answers and initiative.

As for key Asia metrics Reutz offered attendees the other day, interested reader can see the summary at ITB Berlin’s News component. One key set of statistics, the 8 major source markets in Asia for outbound travel, is presented below: 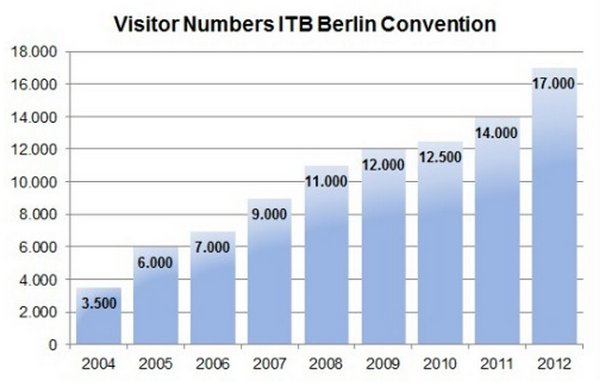 The report also made not of how rapidly the China outbound traffic segment is growing. For Europe, it also seems important to note the type of travel Asians engage in. According to ITB’s figures, some 38% of travelers are on some kind of tour holiday – the preponderance of stays being in excess of 4 days. We don’t have to point to what these figures mean for hoteliers and other suppliers.

Finally, scheduled from 6 to 10 March of 2013, ITB Berlin promises to be tightly focused on audience and engagement and on the application of technology within the hospitality industry. Readers can connect with ITB Berlin via Facebook, Twitter, or by visiting the selected links. As the conference draw closer, we will offer more key coverage.

A Farewell To Another of the Small Gods of Crete, Nikos Zacharioudakis
A Word or Two About Ryanair CEO Michael O’Leary and Other Bean Counters
Expert Viewpoints: Hospitality 2021 and Beyond
Actress, Singer, Songwriter Rita Ora Vacations On Corfu
Previous: Eurail’s Progressive Moves in Travel: Turkey
Next: Reed Travel Exhibitions Offers ILTM Africa for 2013