From Travel Daily News we learned today of impressive July numbers for tourists headed top the island of Zakynthos. According to the Hotel Chamber of Greece, arrivals at Zakynthos airport for the month increased by some 18,09%. 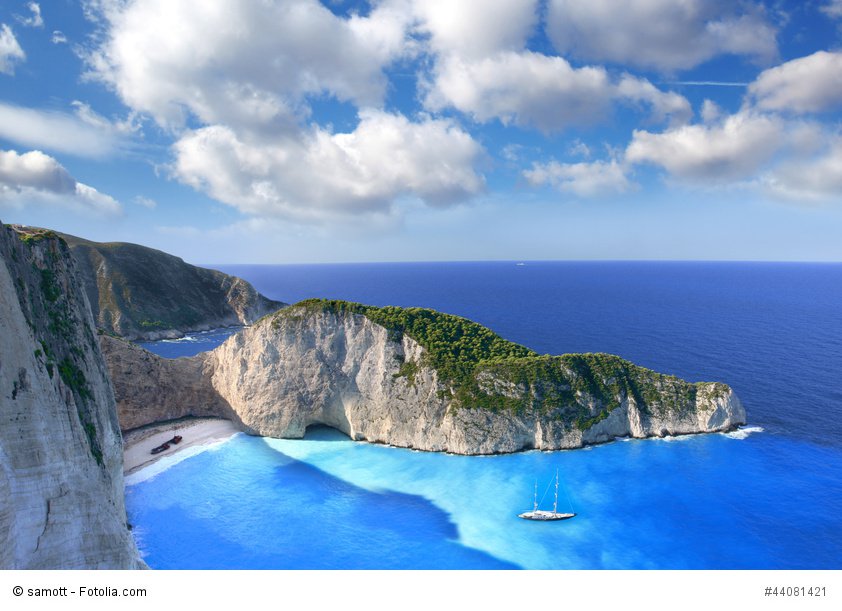 Meanwhile, the Greek Reporter sheds light on the general upswing in Greece travel with this report on a 31.4% Increase in 5-star Hotel Rooms in Greece. This report, based on a Research Institute for Tourism of the Hellenic Chamber of Hotels study of  the number of five-star hotel rooms in Greece,showed a four year ramp up of booking gains from 2009 to 2013.

As for Zakynthos, that island is best known for Navagio or Smugglers’ Cove, one of the world’s most magnificent beaches (top), one of the most photographed sites on Earth. While Crete is still Greece’s most popular island destination, the lesser known or publicized ones bear wonderful touristic value.

Back to the Greece tourism bonanza this year, the Association of Hellenic Tourism Enterprise (SETE) reported Greece tourism in full rebound since the economic crisis with a 17.1 percent increase in visitors during the period from January to June. On the down side, recent EU versus Russia sanctions have cast a shadow on the benefits of tens of thousands of Russian tourists visiting Greece. Cancellations are sure to follow in the now evident sanction war.

For more information on specific destination in Greece, we encourage you to check out Visit Greece, the official website of Greek tourism.