The Mysterious Origin of Wine

Nestled on the Black Sea’s Southeast corner resides a beautiful little country with an ancient history stretching past antiquity’s boundaries, into the mists of legend.

We call it “Georgia,” but the natives call it “Sakartvelo”—also once known as “Iberia,” a name which curiously also belongs to Spain and Portugal. Curious because the Basques of Northern Spain have been linked by some linguists of old with the Black Sea Georgians. 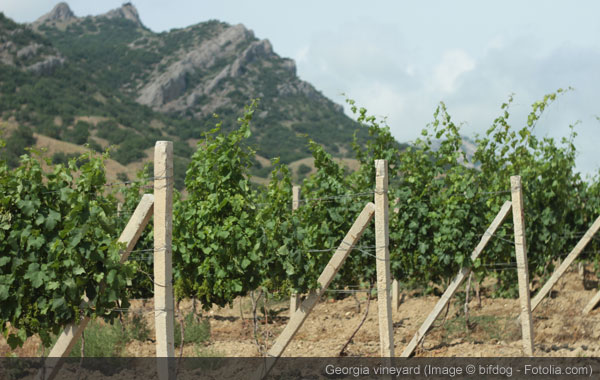 What does this have to do with the Oregon wine you are drinking today? The 2006 gene-mapping project of Dr. Patrick McGovern, et al—using more than 100 modern grape cultivars—pinpointed their origin to Georgia. Tartaric acid, commonly found in wine, was discovered in pottery jars which originated at Shulaveri, Georgia, about 6000 BC.

Today, Georgia is rich with vineyards yielding more than five hundred kinds of wine. From here it is thought that wine made its way south along the Black Sea and to the Levant, plus westward to Greece, to the Roman Republic, later to Roman Gaul (modern France) and finally to the New World with its Oregon Pinot noir and Washington wines.

But did wine originate in Georgia? Noah was said to have become drunk from wine near Mt. Ararat after the Great Flood, not far from Georgia, in modern Turkey. But a different myth comes to mind.

Georgia was also called Colchis—home to King Aeëtes, Princess Medea, the Golden Fleece and the dragon which guarded it. This is where Jason and his cocky band of Argonauts came to steal. A true story? So many of our ancient myths were found to have some basis in fact—Mycenaean Greece, Minoan Crete, Amazon warriors and others.

One modern researcher discovered another unusual link between the Basques and Georgians, plus the Etruscans of Northern Italy. They all spoke agglutinative languages. Curiously, the Basque for “mother” and “father” (ama and aita) are very similar to Etruscan, but gender-swapped (ati and apa, respectively). And yet, the Etruscan pantheon from the mists of their own past have a god and goddess whose names match the Basque words by gender (Ana and Aita, goddess of beginnings and god of endings). In modern Georgia, mother is “deda” while father is “mama.” Far from proof of anything, but curiously suggestive.

The mystery deepens. Another myth—that of Greek goddess Athena’s birth—remains oddly similar to the myth of Plato’s Atlantis. Metis, Athena’s mother, was the wisest individual of all time, swallowed whole by Zeus, from whom Athena was born full grown. Atlantis, the wisest (most advanced) nation of all time (by Plato’s standards, at least)—swallowed whole by the sea—gave birth to refugees already mature with civilization’s art. If the two myths are related, then Atlantis and its refugees were matriarchal long before they switched to patriarchy. 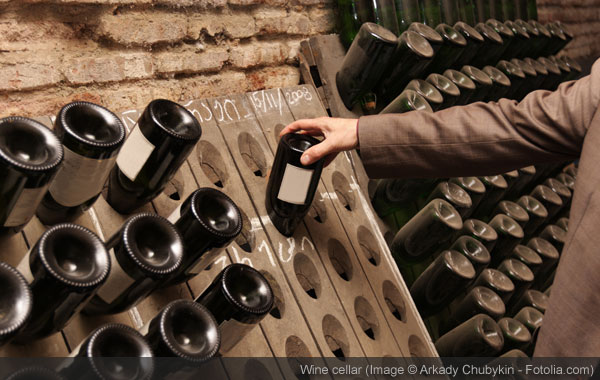 So, next time you raise a glass of Oregon wine, think on that once good land lost in myth. For all we know, it may have held the origins of that noble nectar.

Our guest author, Mark Doyle, is a freelance writer who writes about many things including Washington wine.

A 23 Club Triathlon Federation of Greece Has Now Been Established
Greece Weather Forecast “Baking Hot” All This Week
Pobeda Airlines to Begin Flights to Kutaisi
Georgia Sees New Boost in Tourism
Previous: Magnuson’s GHX Adopted by 1000’s Already
Next: Where to See the Total Eclipse of the Moon This Saturday [Infographic]