Fiolent Cape is one of the most pristine nature spectacles anywhere. Few who read this article will ever have heard of this Crimea picture-scape. Untouched nature, crisp clean air, the clear waters Jasper beach (below), and the still quiet await adventurous travelers to Sevastopol. peace and quiet, flowering almond and new experiences. A rocky shore is a heap of gray stones alternating with small pebble beaches. For more than 6 kilometers along this stretch of rocky beaches the seascape takes on a bizarre character, rocky capes – some resembling

For more than 6 kilometers along this stretch of rocky beaches the seascape takes on a bizarre character, rocky capes – some resembling stopic sphinxes, lions, or other fantastic monsters, all accentuate the stark rise of the coast to as much as 200 meters above the sea. 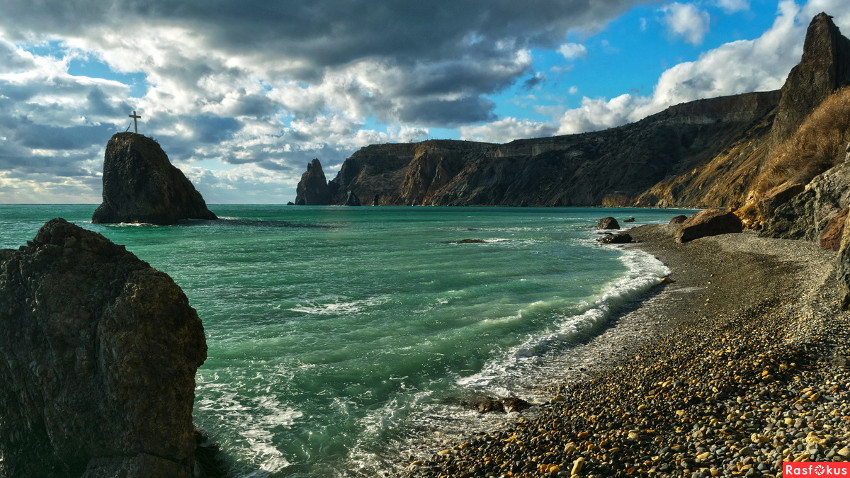 Jasper Beach on Crimea – by Igor KuzminJust 6 kilometers from the thriving port where the Russian fleet is moored, Fiolent Cape is at once bizarre and awe-inspiring. From the huge gray stones alternating with small pebble beaches along this coast, cliffs rise as much as 200 meters striaght up toward the sky. The famous George Monastery founded here in 891 AD. overlooks the sparkling Black Sea and a trillion multi-colored pebble beaches. To the northwest Balaklava on the Heracleian peninsula of Crimea beckons too. But the real draw of this place, once called Partenium (maidenly, virginal), is connected with the ancient Greek myth of Iphigenia, which allegedly was a priestess in the temple, situated on the site. 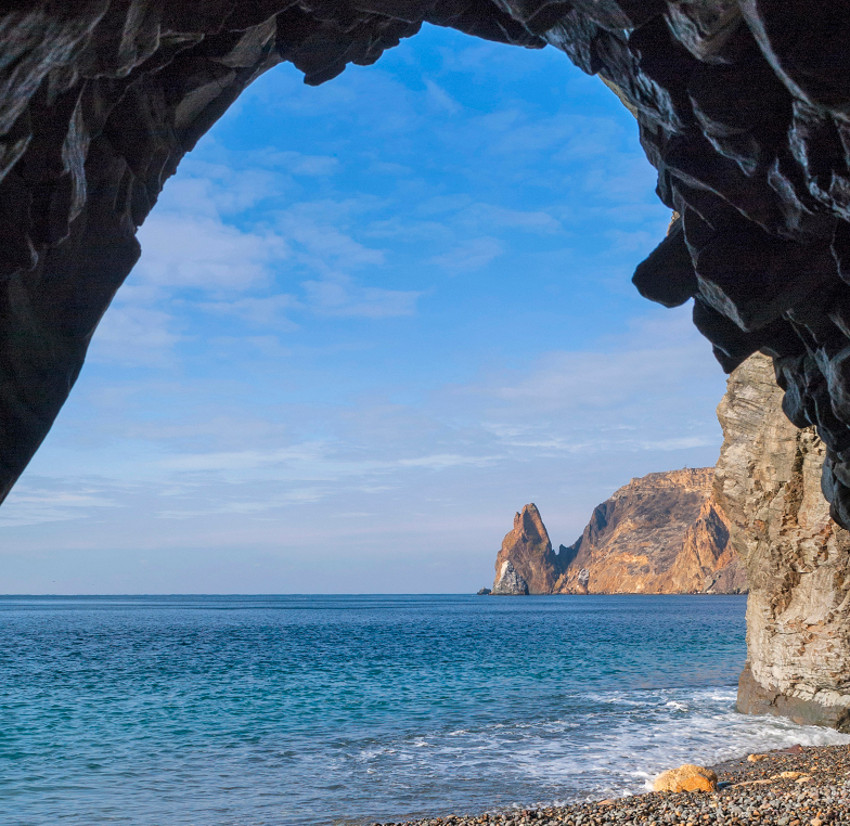 A seaside cave a Cape Fiolent – by Igor Kuzmin

George Monastery is situated atop a rocky cliff, and is famous for its majestic gardens and an abundance of pistachios tupolistnoy – a very ancient plant. At the monastery grow a fantastic array of shrub jasmine and sessile oak, dogwoods and even figs. And all along the steep seaside shores of shallow ground in the vicinity of Cape Fiolent still preserved tiny plots feather Nematomorpha that once covered feather-fescue Crimean steppes. 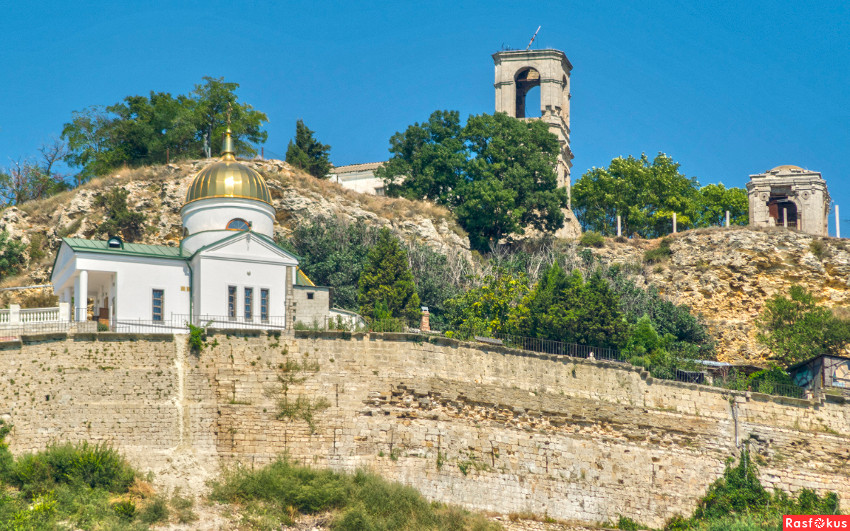 Fiolent has a volcanic origin, being formed by long extinct volcanos here some 150 million years ago. Lava flows and tuff layers can still seen in coastal steep astride the Cape, along with impregnations of various minerals such as;  jasper, chalcedony, cornelian and more. Since ancient times, this cape has been associated with ancient Greek myth about Ifigenia, the daughter of Tsar Agamemnon. She was kidnapped by Goddess of hunting Artemis, who brought her on a cloud to Crimean peninsula’s south in order to turn her into a priestess in Virgo’s temple.

Even today the place is the site of iconic symbols. Just opposite Jasper Beach, Saint Appearance Rock is the place ancient Greeks saw the sign of their rescue – St. George’s icon. So, in honor of monastery’s 1000th anniversary, a seven-meter high cross weighing almost 1,5 tons was installed there. As an interesting footnote, Cape Aya just east is the subject of one of famous artists Ivan Konstantinovich Aivazovsky most interesting paintings. And Viktor Yanukovych, the former President of Ukraine, ordered the construction of a luxurious private residence on Cape Aya, which is left incomplete since the Ukraine revolution took place.